Young activists in Hong Kong last week showed the world how easily a relatively small group of protesters can disrupt the government of a major financial centre. Their strategy had clearly evolved from the static, long-term “occupation” approach inspired by the Occupy Wall Street protests. Hong Kong’s own occupation, the Umbrella Movement of 2014, ended in failure. So this time, the protesters – mostly college students, and numbering no more than a few thousand – instead adopted a highly mobile, agile strategy, taking inspiration from hometown hero, kung fu star Bruce Lee’s famous maxim: “Be like water”.

Their protest last Friday, 21 June, began with an early victory: the authorities declared the main government headquarters closed as protesters gathered downstairs. However, instead of settling in for an entrenched occupation, the protesters quickly moved on. One group surrounded the police headquarters, while smaller groups splintered off, moving rapidly from one target to the next, and succeeding in shutting down a further three key government buildings. In each case, they would arrive in groups of only a few hundred, flooding the entrances, escalators and lifts, until the government declared the office closed and dismissed staff for the day. Their objective achieved, the protesters would immediately disperse and move on to their next target. With no entrenched positions and an unpredictable and mobile presence, the protesters had effectively made themselves immune to “clearance” and arrest. 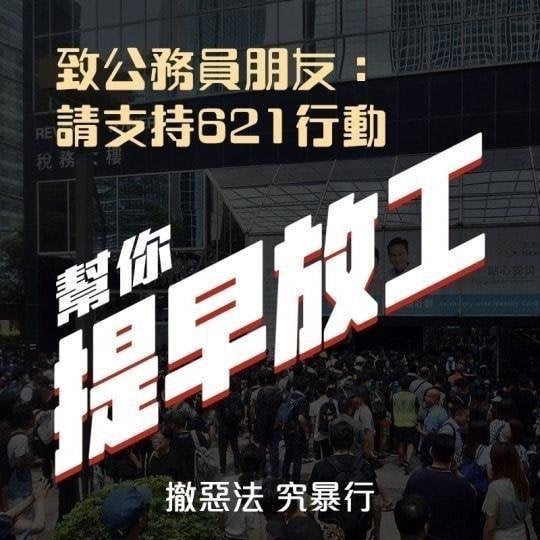 Protesters clearly aimed to win hearts and minds: “Civil servant friends, please support the 621 movement: Helping you to get off work early!”

The crowd appeared to be leaderless, operating instead with a “hive mind”, a deliberate response to the government’s aggressive prosecution of previous protest leaders such as activist Joshua Wong. To the extent there was any coordination, it happened out of sight: not with speeches over megaphones, but in online forums and chat groups on the messaging service Telegram. The protesters’ demands were made in the name of an alliance of these online groups – possibly the first time in history that a bunch of Telegram chat groups has issued ultimatums to a government.

Online polls were held to decide next steps, ranging from which buildings to target to whether the protesters should maintain their siege of the police headquarters or call it a night. One response to that poll on the online LIHKG discussion forum elicited a reply that captures the spirit of the movement as well as the challenges of policing it: “I think the best way is when the police are all equipped and ready to storm out, we leave all of sudden and let them watch.” 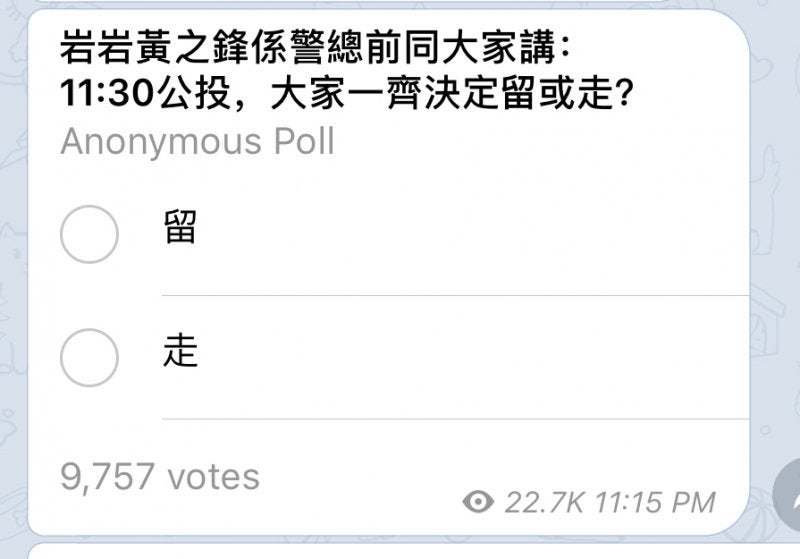 A poll inside a protesters’ Telegram channel asks members to vote on whether to stay or leave their positions outside Hong Kong police headquarters.

In order to avoid the problems of network congestion and denial of service attacks such as those reportedly experienced by Telegram, protesters used technology such as Apple’s “AirDrop”, which creates peer-to-peer networks on the ground. AirDrop was used to transmit messages among protesters and also to disseminate propaganda to the wider public: there were numerous reports of passengers on Hong Kong’s subway system receiving unsolicited propaganda materials via AirDrop during their commute.

The protesters’ latest online initiative? A crowdfunding campaign which in just a few hours raised HK$5.4m (around £540,000) to fund the placement of front-page advertisements in the Financial Times, New York Times, and other international newspapers, aiming to bring their cause to the attention of world leaders attending the G20 meetings.

Other communication methods, however, were decidedly low-tech: protesters developed a sign-language to call for helmets, face masks, umbrellas and other essential supplies through the crowds. Hand signals were thrown up at the front lines, echoed back through the crowd, and the requested item quickly passed forward. 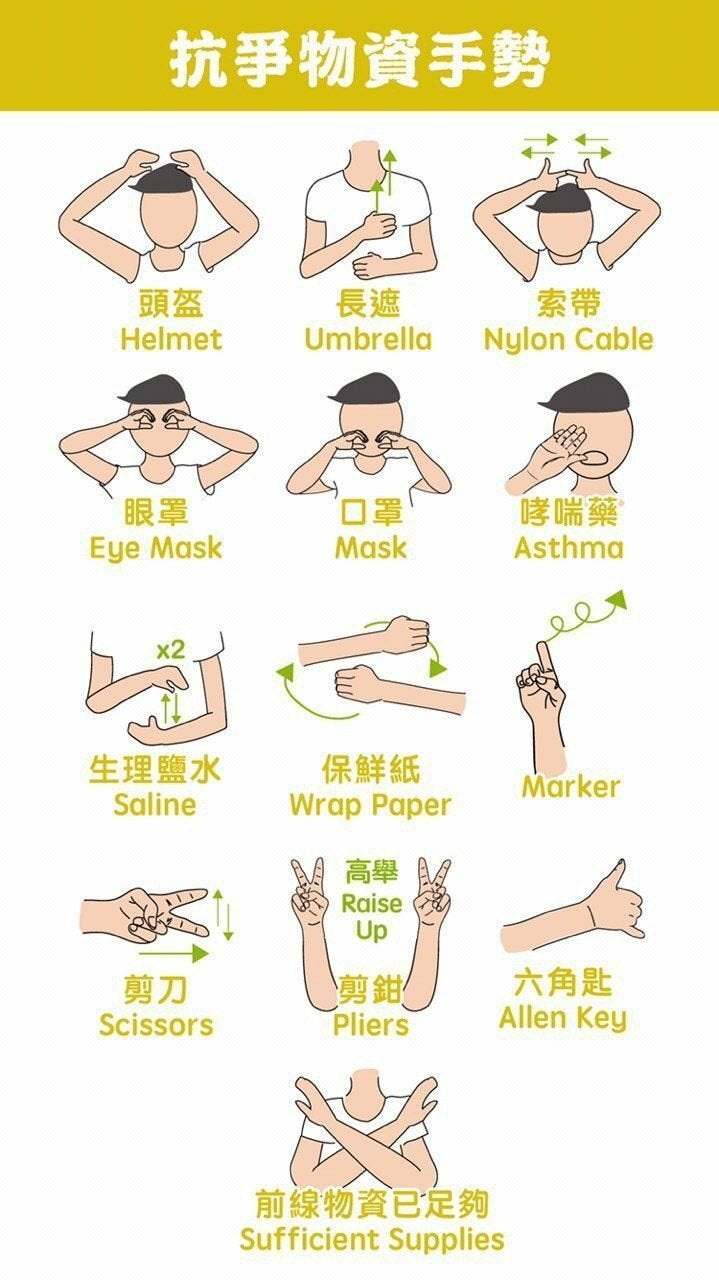 In a statement on the day following the protest, the alliance of online groups reiterated their tactics: “We are highly mobile, flexible and proactive…’100 Flower’ guerrilla attacks will be one of our most common methods of resistance. When the enemy attacks, we retreat; when the enemy retreats, we attack.” Last week, they reiterated, was just the beginning. More protests are planned this week to coincide with the G20 meetings, building up to Hong Kong’s traditional day of protest, which occurs annually on 1 July.

It looks like Hong Kong’s youth will be getting a lot of practice at this. Activists around the world might want to take note. While the Hong Kong protesters’ adoption of technology will be the most obvious opportunity for imitation, Western observers would be well advised to reflect on a deeper philosophical point. Hong Kong’s protesters have moved beyond merely massing bodies on the streets; their evolution shows a multi-dimensional approach to protest, a series of individual protesters moving, each with their own unique energy, through space and time to achieve a collective aim. As they do so, they do not meet force with force, but deflect and flow, yielding when pushed and pushing when there is no resistance.

Western observers may be tempted to label this a “quantum theory” of protests. Hong Kong’s protesters will recognise it as something much closer to home: a kind of protest “tai chi”. As Lao Tzu wrote in the Taoist classic, the Tao Te Ching, “The weak overcomes the strong; the soft overcomes the hard.” In their peaceful disruption, the Hong Kong protesters offer a new approach, one that might just upset the yin and yang of classic protest strategy.

Antony Dapiran is a Hong Kong-based writer and lawyer, and the author of “City of Protest: A Recent History of Dissent in Hong Kong” published by Penguin. He tweets as @antd.