In June a barrel of Brent crude oil cost $115. On Wednesday it cost less than $59. The plunge is a result of higher global production — mainly due to shale drilling in the US — as well as weaker demand from large economies such as China and Germany.

For most of us lower petroleum prices are a good thing. It is cheaper to fill up our cars and the falling cost of producing goods can spur economic growth. But for some oil-producing countries crude’s tumble is a major headache. Ask Vladimir Putin.

Since the start of his campaign of irredentism in Ukraine in February, Russia’s president has shrugged off the strong criticism of his policies by European and North American leaders. When sanctions were imposed he retaliated by restricting food imports from the West. Thanks partly to the state-controlled media, but also to the rise in living standards and the financial stability under his rule, Putin’s domestic approval ratings remain high.

But the fall in the price of oil, which together with natural gas accounts for more than two-thirds of Russia’s total exports, now threatens Putin’s standing at home. It has already put huge pressure on the Russian rouble, which traded at less than 40 to the US dollar as recently as October. This week the rouble slid to 80 to the dollar – and that was after the central bank raised interest rates by 6.5 percentage points, to 17 per cent, on Monday night. The rouble has since recovered to around 63 to the dollar, but only after aggressive central bank intervention. 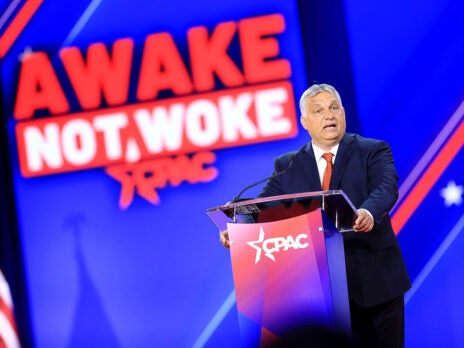 The bank’s deputy governor, Sergey Shvetsov, said on Tuesday that the rouble situation was “critical”, the stuff of his “worst nightmares”. Some Russians agreed, rushing to purchase foreign currency and goods before prices increased further. Apple stopped selling iPhones and computers online in Russia because the currency’s volatility made it too difficult to set prices.

Despite the signs of panic, a major financial crisis in Russia may be averted, unlike in 1998 when the currency last collapsed. In recent years the country’s fiscal policy has been relatively prudent, and high commodity prices have enabled the government to amass $400bn in foreign exchange reserves. Sovereign borrowings are modest.

Even so, the mild recession that seemed inevitable even before this week now seems likely to be severe; the central bank has forecast a 4.5 per cent contraction in GDP in Russia in 2015 if oil prices stay at around $60 a barrel.

And that will make like harder for Putin. Writing in the Financial Times on Wednesday, Sergei Guriev, a former head of the New Economic School in Moscow, said that the Russian authorities had shown little understanding of how to deal with the financial predicament. International markets were witnessing “a gathering storm but no captain”, Guriev added, leaving only two certainties: “First, unless sanctions are lifted and the oil price rebounds, the Russian economy will grow much worse in 2015. Second, we can predict that Moscow’s response — in both economic and foreign policy — will be unpredictable.”