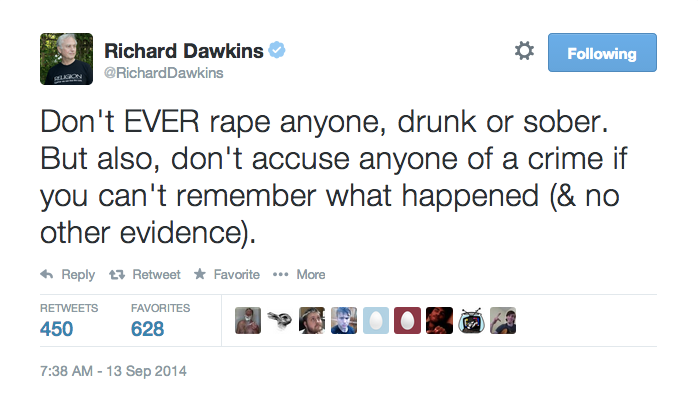 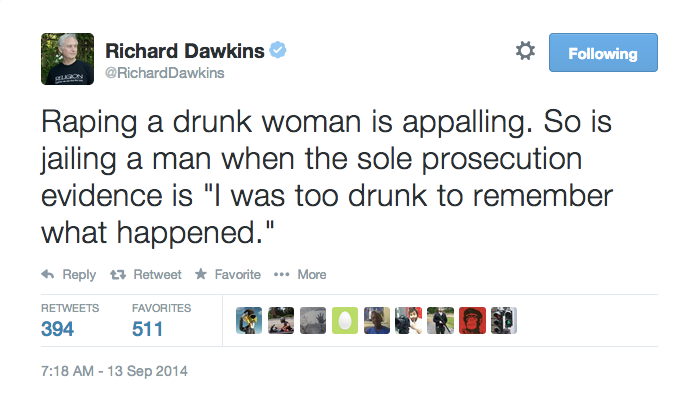 This is a fact. I know you don’t believe me.

I was at a friend’s house. Several girls were staying over. My friend had invited her boyfriend and his friend to come over. It was one of the first times I’d ever drunk alcohol so didn’t understand that you shouldn’t drink it very, very quickly like the Coca-Cola with which it was mixed. I felt ill, I went to lie down in her bedroom. I passed out. After that there were just moments I remember.

Pain. Being dragged off the bed onto the floor. Being pulled by my hair. Held down. A friend walking in and seeing what was going on and running in to rescue me. He pushed her out and locked the door. I remember the screaming and banging on the door while he continued to rape me while I drifted in and out of consciousness.

To be honest, even though decades have passed, I don’t like to think about it much. Even now those vague memories still cause me enormous mental anguish.

By the time I’d got to school on the Monday, he’d told everyone that he’d “had sex” with me seven times. I’m fairly sure, he didn’t tell anyone “I pulled her off the bed by her hair” or “I held my hand over her mouth when she shouted out because of the pain of her breaking hymen”. But seven times? Is that possible? I ask you as a biologist because I can’t remember what happened. Could he have actually raped me seven times? That seems like a lot. I expect he was bragging.

I had not consented because I was not conscious enough to consent. Do you understand what that means?

Within a few weeks I had cut off all my hair to about an inch long. He had pulled me by the hair. I didn’t want hair anymore.

Within a year I had started making myself sick after eating. I was repulsed by my body, repulsed by being “a woman”. I wanted to be small, invisible, a child.

My friends that had been at the house that night remained silent, they didn’t join in on the bullying, but they didn’t defend me either. Eventually, they drifted away from me. Or rather I pushed them away.

For the next 10 years, I retreated further and further away from myself, too. I created a bright-yet-tough exterior to keep everyone away from what was going on inside me. No one knew about my bulimia. No one knew that I had been raped. Inside was a fog. I had covered up my memories of that night and the subsequent bullying at school. I tried to tell myself it didn’t matter. Move forward. It’s all fine. Stiff upper lip and all that.

Funnily enough, the mind doesn’t always work like that.

When I was 24 I had an epiphany. It was simple, but profound: I liked myself. The “bright-yet-tough exterior” I had created to protect myself had grown into someone rather interesting. I liked her. I liked me. And, not believing in a soul, I knew that I am merely the result of my experiences both good and bad, even that horrendously bad experience that I still hadn’t ever talked about, even that.

Soon after that epiphany I was able to stop making myself vomit. I realised that the endorphins released when vomiting had prevented me from really feeling emotions over the previous decade. It was like an addict coming off drugs. Once I started feeling emotions- good emotions, bad emotions- I revelled in feeling them all. My life was good.

Then I happened to see him.

I still can’t talk about it. I couldn’t bear to hear the words I’ve just written to you come out of my mouth. That would make it somehow too real. Women who can speak about being raped are stronger than I am. Maybe one day I’ll be able to say the words to someone.

Do you believe my story? Do you think the fact that I was “too drunk to REMEMBER” (your words) means that there’s a good chance I could have made it all up? Misremembered somehow? Fabricated memories? Would you need to hear my rapist’s side of the story, too, in order to make up your mind? It was a long time ago, he probably just has a vague memory of “having sex” with me, but that’s it. He might not remember any details as it was so long ago and he wasn’t the target of bullying about it at school, bullying which burned the memories in day after day after day. And it’s pretty likely he didn’t spend a decade with an eating disorder reliving it day after day after day. Nor is it likely that every news story, film plot, social media pontificating about rape reminds him of it. So, his recollection will be hazy. Would he have to say the words “yes, I raped her”, in order for you to believe me? What exactly would he have to say for you to believe my story over his?

Maybe my story is easy to believe because of some of the post-rape behaviour I exhibited – an eating disorder, for example, is a classic response to sexual trauma. At the time though no one at school suspected a thing. When they called me Lucky 7, they assumed I was a willing partner. They got absolutely no response from me at all. I wasn’t “hysterical” nor frenzied nor anxious nor panicked when another “I am 7” birthday badge appeared on my desk. I was numb. If I had found the strength to say, at the time, “I was raped” would I have been believed by you? Or do you need me to have suffered the decade of mental illness to accept my side of the story?

Do you believe me, Richard Dawkins?

The author’s identity has been withheld at her request.