“I’d rather be a binman” she says – her face shows that she’s telling the truth. Pausing for dramatic emphasis she explains that she really would prefer to be arm-deep in household refuse than spend her life in an IT department. The teenage girls around her nod affirmatively.

“And they wear awful clothes,” adds another.

“It’s not a career for women,” says the first with definitive finality.

When the garbage dump holds greater allure for our youngsters than Silicon Roundabout, we’ve got problems.

The most pressing problem of all is technology skills shortage. Martha Lane Fox states the need to fill one million technology jobs by 2020, the year when this thirteen-year-old girl is due to enter the workforce.

These teenagers are avid consumers of technology. They are almost all devoted to the cult of Apple with a fundamentalism that would shame the average San Franciscan. There’s nothing remotely luddite about them – they possess the same urges to own gadgets as their male classmates and yet they cannot see themselves involved in the creation of technology.

It’s as if an entire generation of girls has internalized the “airhead” culture from 1990s teen comedies, which is entirely possible given that most of these girls are heavy users of Netflix. The data shows that girls use their devices more intensely than their male classmates: 45 per cent of girls say they use a smartphone every day, compared with 35 per cent of boys. Young girls are also now bigger users of social networks: 53 per cent of all mobile social gamers are now female.

The myth that girls are “not interested in technology” is simply untrue. However, the sad reality is that they see themselves as spectators rather than participants. 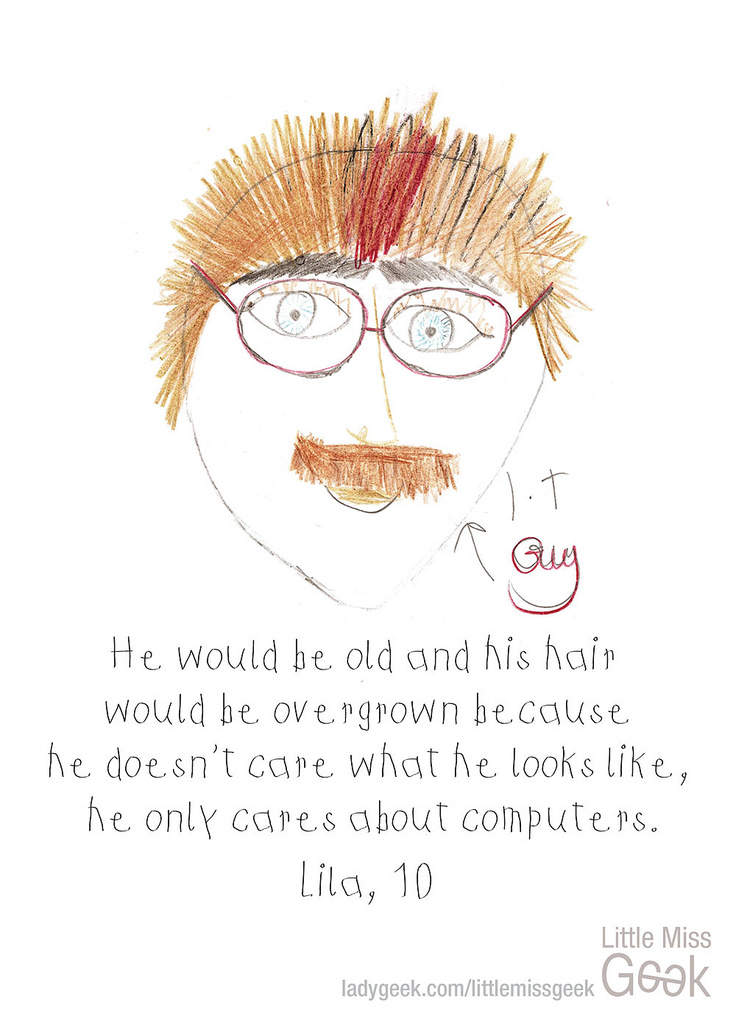 It’s easy (and unfair) to put the blame on schools – after all until very recently the ICT curriculum was laughably out of date. It emphasized topics such as the need to format floppy disks, and how to make basic spreadsheets. Universally derided, the subject had become a joke: one frustrated teacher quipped that the initials stood for “I Can Type”.

But the subject has had a reboot. The old ICT is the new Computer Science. Where the former taught secretarial skills, its replacement speaks of eternal truths of computing. But despite this revitalized and newly relevant course, are girls getting into it? Unfortunately not – if anything the higher standards and focus on genuine engineering skills has the potential to alienate even greater numbers of girls.

Last year only 245 girls took A-level computing compared with 5,153 who took Spanish. Over the last 17 years there has been an 83 per cent drop in the number of girls studying A-Level computing in England. It’s as if the internet has ushered-in a new era of technical illiteracy.

It’s clear that the reasons girls choose not to pursue courses and careers in technology has nothing to do with the subject’s content, and much more to do with their image of someone who works in technology being a pizza-guzzling nerd who can’t get a girlfriend. The only way to prevent Britain’s technology workforce from becoming a priesthood is to address these attitudes.

We spent 2 years in inner city schools understanding why girls would not want to choose careers in technology. Most girls will claim that the subject is not “creative” – by this they usually mean that they imagine that all technologists spend their days holled-up in dungeon like offices staring blankly into cyberspace before heading home for a League of Legends all-nighter.

The quickest way to overcome these attitudes is to actually challenge them directly. Well-functioning tech teams are often collaborative – dare I say even “chatty”. They are places where solutions arise by discussion and engagement with problems.

The way to dissuade girls of incorrect notions is by directly exposing them to technology teams. Little Miss Geek is tackling this problem head on – we run after-school tech clubs in inner city schools which focus on inspirational ways that girls can change the world through technology. The curriculum is fun and uses exciting technologies such as Sphero, Raspberry Pis and Kano kits. We have increased the number of girls taking GCSE Computing by 52 per cent in one of our inner city London schools.

Our programme ended with a trip to one of our sponsors: Bank of America where the girls were able to participate in technical planning and experience a day on the floor of an actual technology department. The girls were surprised it looked nothing like the basement office from Channel 4 sitcom The IT Crowd.

This gender gap is a problem that begins with teenage girls – it’s also one that we can fix with the help of those same teenagers.

We’ve failed to communicate the values of technology. We’ve allowed the image of people who work in technology to be defined by tabloids and TV-shows. We must show our girls that technologists are neither boffins nor outcasts just as real doctors and lawyers are not as glamorous as the ones presented on TV.

We must convince our girls that technology is a creative and vibrant field – a world of ideas which can truly change the world. The way to do that is to directly confront them with the act of transformation and show them what’s possible.