Mitt Romney, clearly wanting some of the good vibes that Barack Obama gets from having a horde of talented young graphic designers donating their time for free, has produced an “infographic” demonstrating how Obama has failed to lower healthcare costs (despite being the from the party which stopped that happening, but that’s by-the-by): 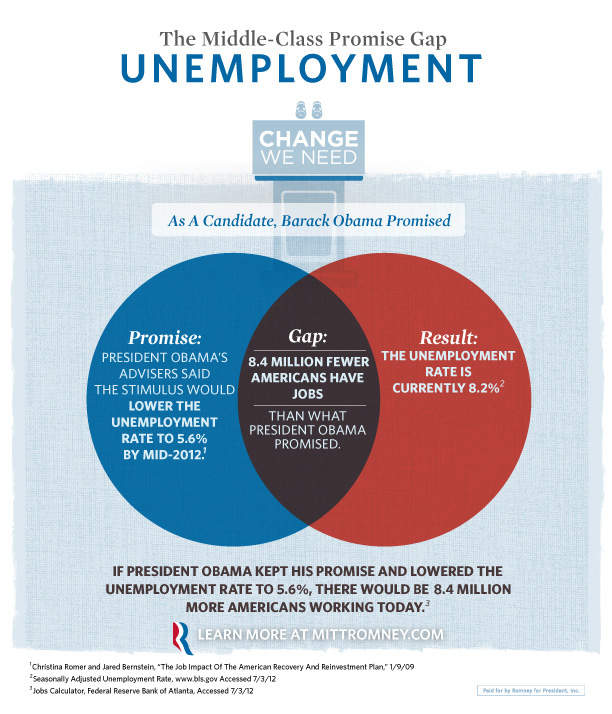 Except… Mittens, that isn’t how a Venn Diagram works. The nice people at Upworthy made a primer to help you out: 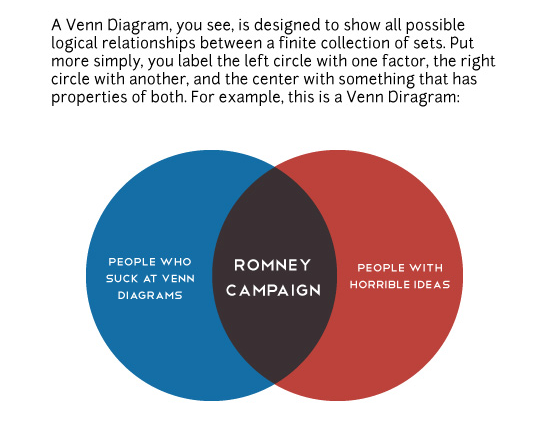 It’s really not very hard. You can even make your own until you’re comfortable: 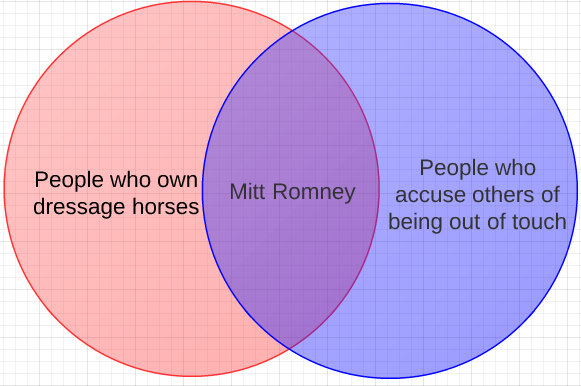 And once you’ve mastered the basics, you can even go for advanced Venn diagrams. For instance, in this one there is no overlap between the sets: 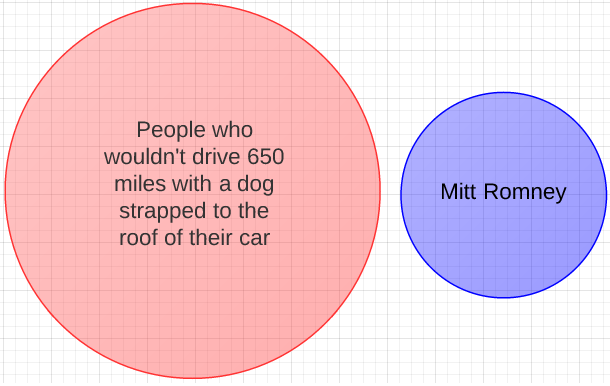 And this one has two completely overlapping sets; every member of one is a member of the other as well: 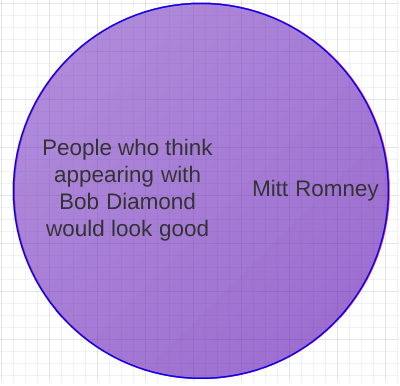