Fox News, like many American news organisations, commissions twice-monthly polls of the US election. This week’s shows a four-point lead for Obama:

So how does FoxNews.com report this news? It’s not even a particularly large margin – in five of the last ten Fox News polls, Romney’s been closer. 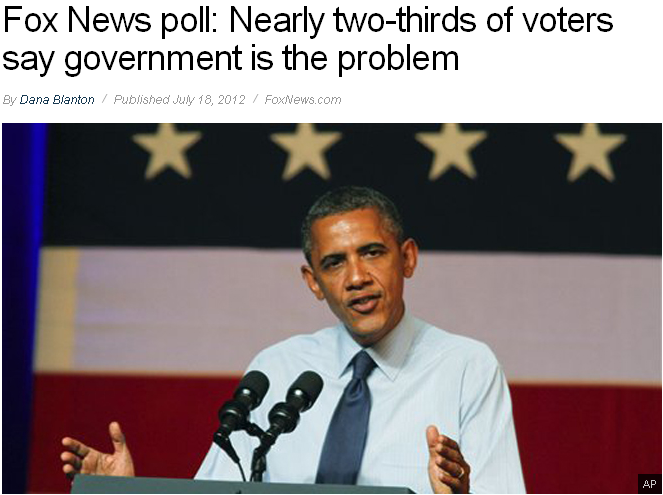 Of course, bad news for Obama does make it into the write-up:

By a 12 percentage-point margin, more voters say the Obama administration has made the economy worse.

But what about the electoral polling? After all, that’s what it’s all about, right?

Not a mention. In fact, Mitt Romney isn’t mentioned at all in the piece. Which is one way to bury bad news.