When your country faces catastrophic bush fires year after year, it’s a very perverse kind of politician who calls the climate crisis that is driving them “a good thing”.

Yet that was Tony Abbott’s judgement when he gave a speech to fellow climate change deniers in London three years ago.

Since then, Australia’s fire season has grown even more deadly. Earlier this year, huge, out-of-control bushfires burned an area the size of South Korea, killed 33 people, left thousands homeless and killed or displaced three billion animals. It was one of the worst wildlife disasters in modern history, said climate scientists, and even more catastrophic than their climate models had predicted.

But according to Tony Abbott, the climate science agreed upon by every credible scientific organisation in the world is “absolute crap”. 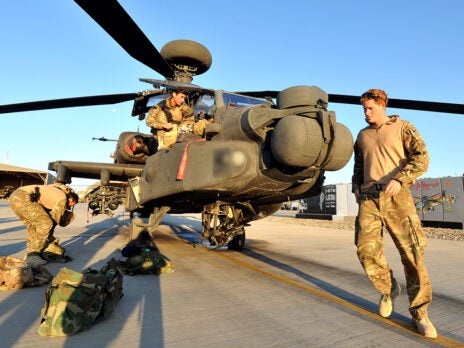 A brief history of “woke”: how one word fuelled the culture wars – Audio Long Reads

[see also: How a trade deal with the US could destroy the UK’s climate change goals]

Add to this his record of opposing equality for the LGBT+ community and of repellent misogyny (if you haven’t already seen it, I recommend watching former Australian prime minister Julia Gillard’s brilliant takedown of Abbott’s attitude towards women), and it’s no wonder that his own constituents dumped him in Australia’s general election last year. Aptly, he was beaten by a female candidate who campaigned on the environment.

That should have been that. Yet somehow a politician, who is widely viewed by his fellow citizens as the worst prime minister Australia has ever had, could have his career resurrected by being appointed a UK trade adviser. Not content with choosing a cabinet of none-of-the-talents, Boris Johnson is now trawling the world for failed politicians to represent our country in trade negotiations.

If it wasn’t so serious, it would be a joke.

It is not only Abbott’s repellent views that are alarming. So is his record for blatant lying with little regard for the impact. On a visit to China in 2014, he told a press conference he was “very confident” that the black box of the Malaysian airliner MH370, which had disappeared on its way to Beijing, had been located. But the Australian Maritime Safety Authority and Abbott’s own chief envoy later confirmed that no significant developments had been made in the search. The claim about the black box was untrue, and made only to inflate Abbott’s sense of self-importance. It gave false hope to the Chinese families waiting desperately for news of what had happened. The plane, tragically, has never been found.

He broke numerous promises in office – on health, education, taxation and funding for broadcasting. Even among his fellow politicians, he was known as someone who could not be trusted.

Somehow, according to the International Trade Secretary Liz Truss, none of this matters. Yet it should.

Our departure from the EU has put trade deals at the top of the political agenda. With a no-deal Brexit looming on 31 December, ministers are desperate to sign deals with whoever they can to try to shore up the pretence that we will be much better off outside the EU.

[see also: How the government quietly revealed all the ways in which Brexit will make our lives worse]

Tony Abbott has openly boasted that he was able to negotiate trade deals because he wasn’t bothered by “peripheral issues” such as labour and environmental standards. How does that square with the government’s insistence that it will maintain British standards on food, the environment and workers’ rights?

When these rights are unprotected in law, they are vulnerable to be signed away in the pursuit of a quick deal. And with Abbott holding the pen, the risk is even greater.

Trade deals are also a vital way of driving up environmental standards and ensuring compliance with the goals of the 2015 Paris Agreement on climate. Emmanuel Macron has already said France will not sign trade deals with countries who don’t respect the agreement. The EU has pressured Brazil over its government’s failure to protect the Amazon from logging by putting on hold the huge EU-Mercosur trade deal.

Boris Johnson boasts of the UK being a climate leader, yet seems prepared to see our trade negotiations guided by someone who thinks the climate crisis is a good thing.

Australians decided several years ago that they didn’t want him representing their country. He shouldn’t represent ours either.

Caroline Lucas is the former leader of the Green Party and has been the MP for Brighton Pavilion since 2010.