On 12 April 1913 the Fabians Beatrice and Sidney Webb founded the New Statesman as a weekly review of politics and literature – two topics that reflected their vision of a better world. The Webbs and friends such as George Bernard Shaw and HG Wells had hopes for the magazine, though not necessarily high ones: “If I were forced to wager,” Beatrice wrote in her diary, “I should not back our success.” She was to prove herself wrong: the magazine has not only endured for more than a century but attracted many of the greatest writers and thinkers of the age as contributors.

A selection of some of the standout pieces from the magazine’s history has now been published as Statesmanship: The Best of the New Statesman (Weidenfeld and Nicolson). The book encapsulates the magazine’s position as a keen if sceptical interrogator of current affairs, culture and the shifting concerns of a tumultuous age. Among those writers it contains who have aired their own unique perspective on the state of the world are George Orwell, DH Lawrence, EM Forster, Bertrand Russell, JB Priestley and Graham Greene while more recent contributors include Martin Amis, Richard Dawkins, Sally Rooney, Ian McEwan and John Gray.

The New Statesman’s interpretation of the Webbs’ “politics and literature” brief has always been broad and Statesmanship includes original short stories, poems, interviews and personal reflections alongside comment on major events such as suffragism, the rise of Hitler, the Cold War, Irish nationalism, and the nuclear threat. Indeed the magazine and its writers have often been at the forefront of shifting events: in, for example, 1934 HG Wells travelled to Moscow to interview Joseph Stalin – the resulting deferential piece provoked the ire of John Maynard among others; JB Priestley’s 1957 essay on the nuclear bomb led to the creation of the Campaign for Nuclear Disarmament; while the same year Bertrand Russell enticed Nikita Khrushchev and President Eisenhower’s Secretary of State John Foster Dulles to engage in Cold War diplomacy on the pages of the magazine. Meanwhile the idea, now cliché, of the “two cultures” was born in the New Statesman in a piece by CP Snow in 1956.

In their own way Edward Thomas’s 1917 poem “Adlestrop”, WB Yeats’s “Easter, 1916” of 1920, and a stricken Clive James’s “Driftwood Houses” of 2014 – all first published in the New Statesman – are also eye-witness accounts from the front line, either historical or personal.

Not all the pieces in Statesmanship, however, show prescience. Paul Johnson, a former editor of the magazine, proved himself no popular music sage in an entertainingly ill-judged dismissal of the Beatles in 1963 (“The Menace of Beatlism”) while Martin Amis, who worked on the magazine’s books pages, mocked David Bowie in 1973 as nothing more than “a mild fad”. Nevertheless, deeper, enduring truths about the human condition have always had a place in the magazine’s pages and find eloquent expression in, for example, Christopher Hitchens’s last interview, conducted with Richard Dawkins in 2011, or in our current political editor Stephen Bush’s chance meeting on a Tube train with the father he had never met.

The more than 60 pieces collected in Statesmanship show something of what the magazine (and now also a vibrant website) has ­been, and continues to be, about.

Statesmanship is published by Weidenfeld & Nicolson, £20 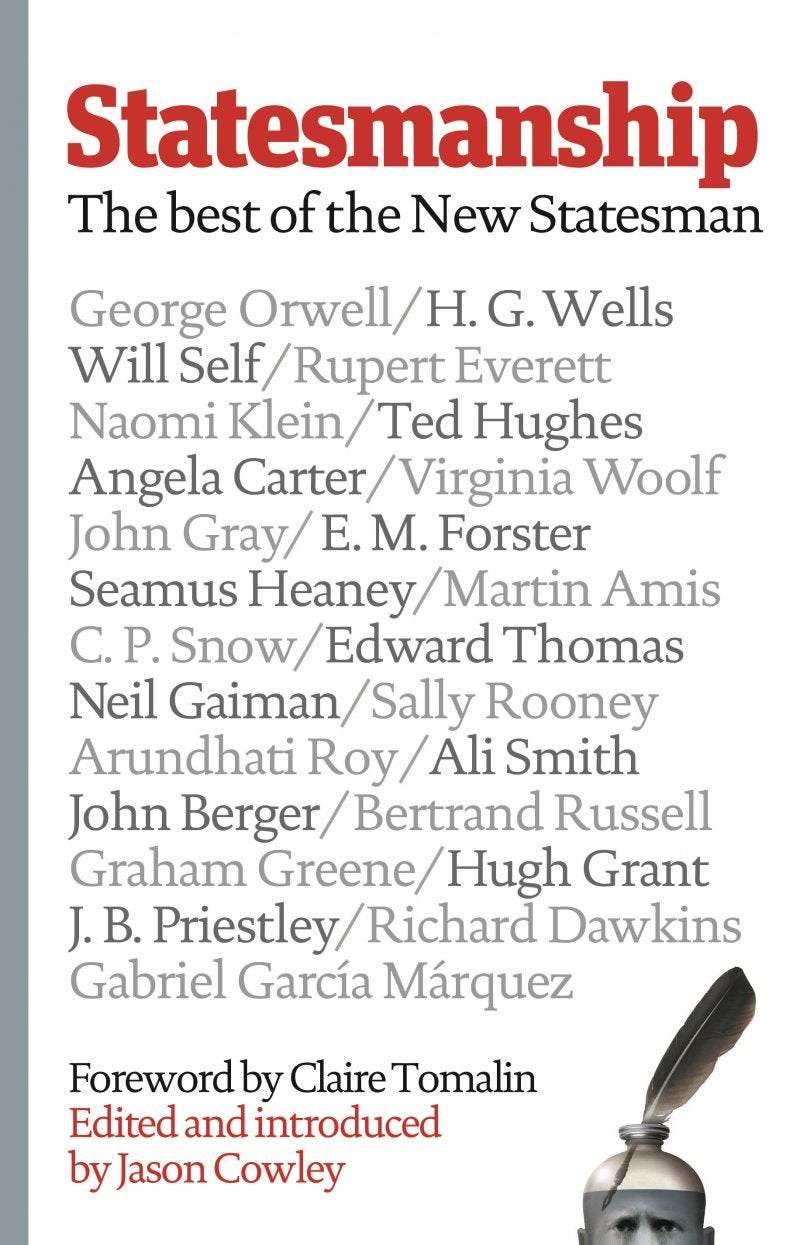