Of the many ways in which one could describe the state of Brexit Britain, Hotel California perhaps isn’t the most obvious one.

For a start, “sweet summer sweat” isn’t something often experienced on these shores, and mirrors on the ceiling tend to generally be frowned upon.

The last line of the song, however, offers a neat description of the conundrum faced by EU nationals living in the UK, and vice versa: we can check out any time we like, but we can never leave… at least if we want to be sure we can come back.

We’ve been told again and again that we will be able to stay in our preferred country of residence after Britain’s exit from the European Union is done and dusted, but what happens if we want to temporarily live somewhere other than the place that has become our home? 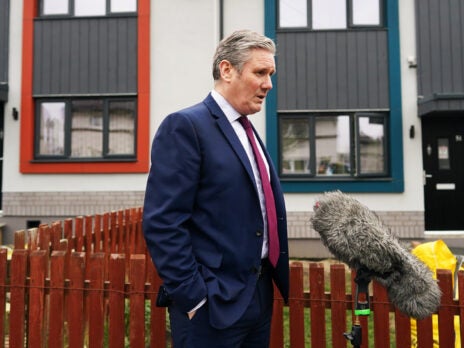 Here is what we know so far: as it stands, EU nationals living in the UK can apply for permanent residency if they’ve been in the country for five years or more. This will then allow them to leave the country for up to two years without losing their rights, should they later decide they want to come back after all.

The Home Office website helpfully points out that “you don’t need a document to confirm your residence status in the UK” if you’re here legally as a citizen from an EU country, but this can be disregarded.

The paragraph below this, on the other hand, is more concerning: “If you already have a permanent residence document it won’t be valid after the UK leaves the EU”, it explains. “A new scheme will be available for EU citizens and their family members to apply to stay in the UK after it leaves the EU.”

Putting aside the bleakly amusing irony of the British government’s definition of the word “permanent”, this is the crux of the issue.

There was a document we could get even when we didn’t need it, we now need it to leave the UK for long periods of time, we are still able to get it but know it will become redundant at some point, but we do not know when, and we have been told that it will be replaced by something, but we don’t know what that something is, or when it will replace the document.

Behind the kafkaesque nature of the situation lies a very concrete truth: if we need or want to live elsewhere, we can either do so now without knowing what the circumstances will be like if we want to return, or we can wait until everything is sorted out, which could be in a few months, but it could also be in a few years.

Cynics and Brexiteer ultras have argued that anyone considering leaving their sacred island even for a while surely cannot be deserving of a guaranteed right to come back, which points to an interesting debate on what it means to belong somewhere.

Taken at face value, the argument that in order to keep a legal status in a country, one should intend to reside in that country permanently isn’t a fundamentally daft one.

Life, however, tends to be messier than broad principles intend it to be. People working for international businesses might be required to move abroad or leave the company entirely; academics may have to spend time in another country in order to get the missing pieces of the research they’ve been working on.

The moves can even be made for more personal, hot-headed reasons: people can fall in love across borders and decide that they simply cannot bear to live apart; they can also decide that the UK might be their new home, but they fancy a change of scenery before settling for good.

In any case, there is a reasonable argument in saying that we shouldn’t even have to justify our moves. EU migrants are in an undoubtedly privileged position compared to others, and this might feel like the whingeing of a petulant class, but we had a deal.

We moved to this country five, ten, 20 years ago in good faith; we were told we had every right to be here, which included a right to leave then come back.

To use a somewhat corny metaphor: a long-term relationship that cannot survive temporary distance between its two parts is no relationship at all.

And yet, we have found ourselves either trapped in the UK or uneasily leaving, and though the people with knowledge of the situation tell us that the exact details of our fate will be revealed to us later this year, few are willing to take anything Brexit-related as a done deal, for understandable reasons.

In the meantime, there isn’t much we can do, bar feeling annoyed and powerless about our foggy legal limbo, which feels bittersweet.

If living in the UK has taught me anything, it has to be that sometimes, “grin and bear it” truly is the only thing someone can do.