Nasa and MIT are due to unveil new laser technology that allows broadband-like internet speeds between the Earth and the Moon – the first time that such speeds have been achieved over that kind of distance.

The distance from the Earth to the Moon averages out at around 385,000km, and that’s not even counting for adverse weather conditions getting in the way (although, while stuff on the Earth’s surface moves and rotates to face away from the Moon, it does help that the Moon’s face stays facing the same way so objects at that end don’t move out of sight). Scientists from MIT’s Lincoln Laboratory and Nasa have been working on how to get information across what is, relative to the rest of the Solar System, a gap akin to extending your home Wi-Fi network to the shed at the bottom of the garden – and in a way that improves on our current best method, radio, which may work for satellites and spaceships in low Earth orbit, but which give insufficient speed at larger distances.

Of course, talking about “speed” here is slightly deceptive, as this is a broadband connection that uses infrared lasers which travel at the speed of light. Instead, “speed” here means, as with a home internet connection, bandwidth – the amount of stuff you can shove down a data connection per second. In October last year, the Lunar Laser Communication Demonstration (LLCD) system managed an impressive download rate of 622 megabits per second (Mbps) from the Moon to the Earth, with a speed the other way of 19.44Mbps. Now, ahead of CLEO:2014, an international conference on optical science, the LLCD team has revealed details of how it turned lasers into space internet.

The signal starts at a ground terminal in White Sands, New Mexico, with four 6-inch telescopes with a combined power of 40W each firing pulses of infrared light up into the sky. Those four signals are all directed at the same receiver, on a satellite orbiting the Moon. Since light is bent by moving through air, and the density and turbulence of the air changes all the time in a way that’s completely unpredictable, four signals are needed to make sure that at least one of them makes it all the way out through the atmosphere and space to the Moon. 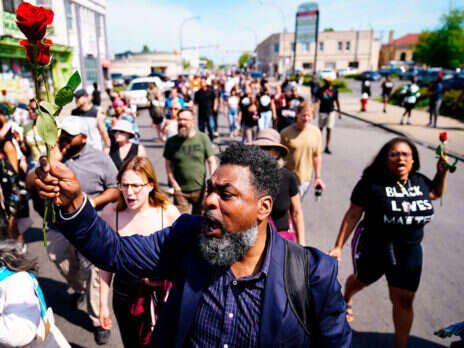 Attacks like the Buffalo shooting have become numbingly inevitable 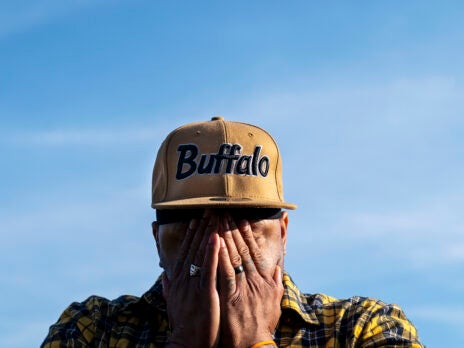 Buffalo shooting and the dangers of “great replacement theory”

The Buffalo shooting and the rise of the lone wolf terrorist

Once it reaches the satellite, the signal’s energy could only total as much as a billionth of a Watt – but that’s still ten times as powerful as it needs to be to get there error-free. The satellite then amplifies the signal by a factor of 30,000, which makes it energetic enough to transmit on to a hypothetical Moon base down below. The whole thing is about 4,800 times as fast as any radio frequency system that’s been tried in the past, and it’s even been shown to work through “partly transparent” clouds.

Even though this is an impressive bandwidth result, the latency to and from the Moon is likely quite poor. If you’re unfamiliar with latency, then think of the internet as a pipe (yes, yes, I know – it’s more complicated than that), and bandwidth – as the name suggests – as the width of that pipe. If you’ve got a massive tap on your kitchen sink then your water “bandwidth” is high, but the latency is best thought of as the time between the water leaving the mouth of the tap and hitting the bottom of the sink. In space, this manifests itself as scientists having to plan out the Curiosity rover’s day in advance, and allow it a certain amount of independent action, as it takes several minutes for signals to travel between Earth and Mars. The same thing, to a lesser degree, would be the case with the Moon and Earth – you could watch Netflix, but you couldn’t play Counter-Strike with someone back on terra firma.

(For what it’s worth, the International Space Station’s internet connection manages a respectable 10Mbps downstream and 3Mbps upstream over its radio link to the Earth’s surface, but it also suffers from a latency issue – though, as far as we know, nobody up there is spending their time online gaming.)