You know who you are:

.@TelegraphNews Who will be Minister for Men?

@George_Osborne @NickyMorgan01 quick question, is there a minister for men? If not, why?

Where’s the Minister for Men?

@Number10gov @hmtreasury Who got the Minister for Men job? Must have missed that announcement

@Number10gov @hmtreasury Minister for Women?!! Really?? Is there a Minister for Men? Somehow I doubt it! #sexdescrimination

FYI, guys, the reason there’s no minister for men is because when the Queen goes to visit Number 10 she can nearly double the total number of women in the room: 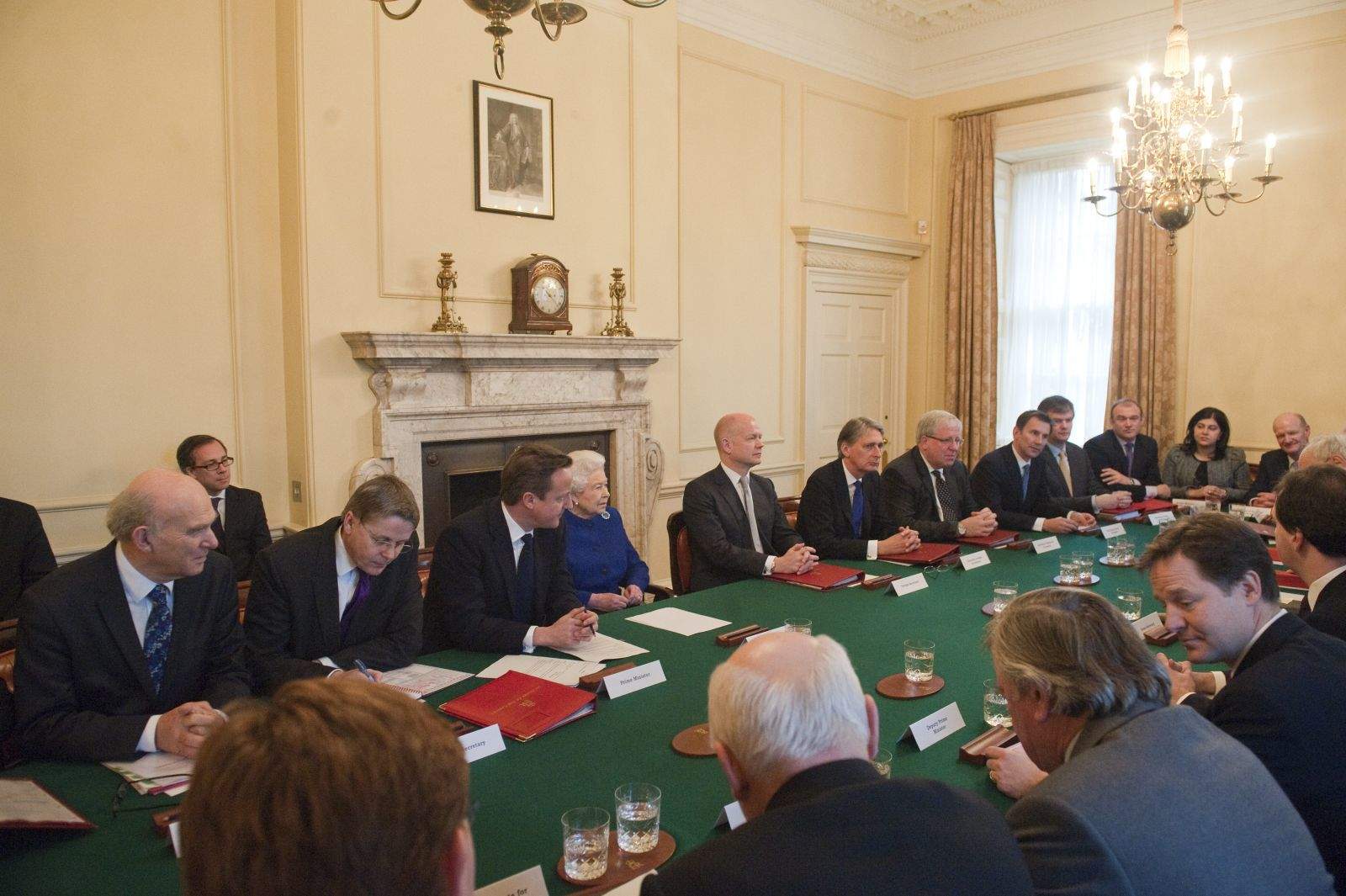 The Queen sits in on a cabinet meeting in December 2012. Photo: Getty Images.

But hey, look – maybe when an election produces a cabinet with a gender divide that’s just as unequal in the opposite direction, and then we put up with decades (maybe even centuries) of women crowding men out of major political, financial, business and cultural institutions, then we might take a look at bringing in a minister for men. Maybe.