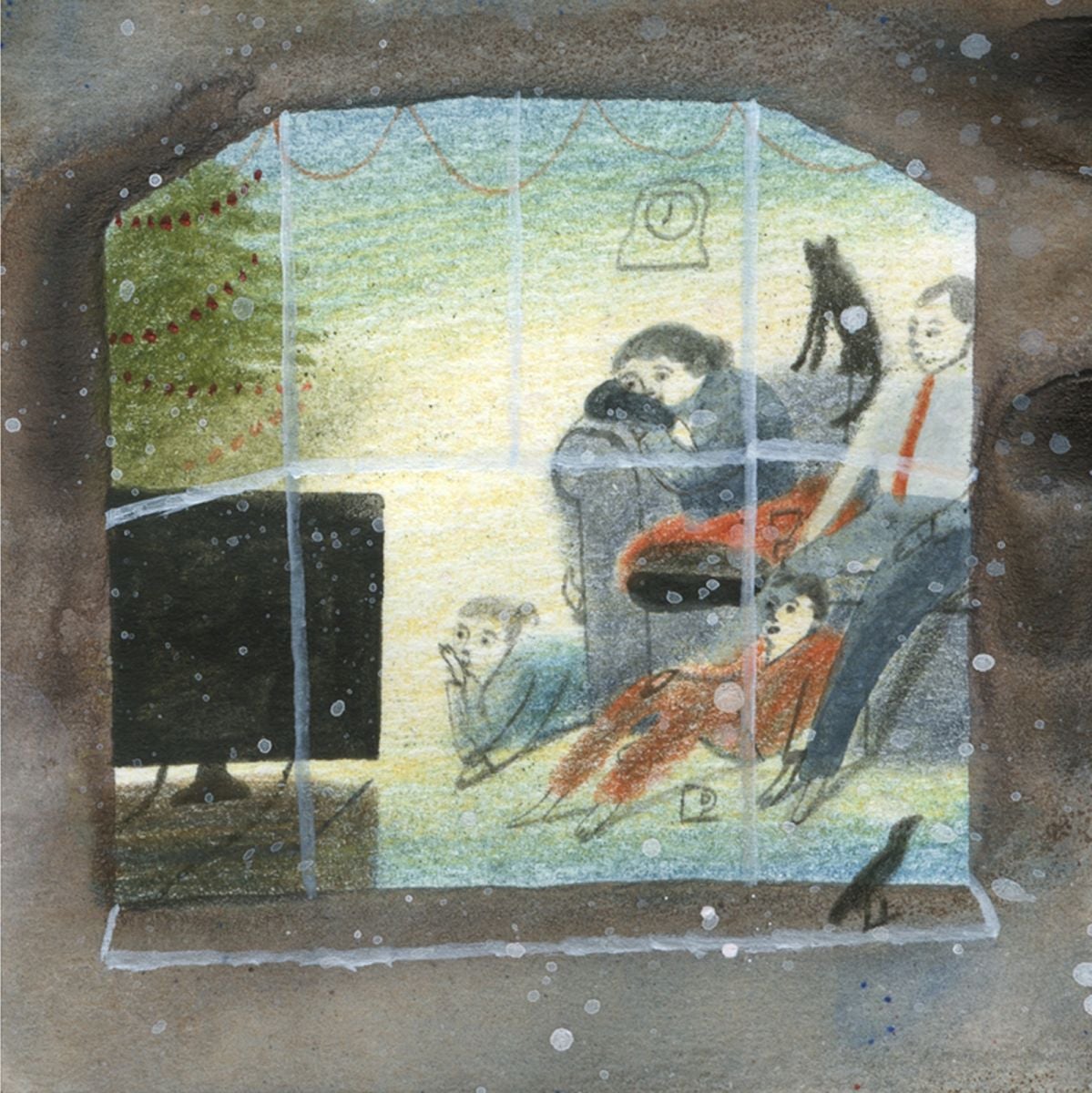 When I was growing up in the 1970s and 1980s, kitsch Christmas television seemed as timeless a tradition as wassailing. But it appears I was part of the first generation to be so blessed. Browsing the TV listings for Christmas 1963, 50 years ago, I am amazed how unfestive they look. Beside a few staples such as Billy Smart’s Circus and Christmas Night With the Stars, there are run-of-the-mill episodes of Z Cars, University Challenge and Emergency – Ward 10. On Christmas Eve, ITV did not bother to start broadcasting until mid-afternoon, and by Boxing Day the schedules were almost back to normal.

Then, in 1969, a miraculous birth brought joy to the world: the first Christmas double issues of the Radio Times and the TV Times. Their separate covers – for the Radio Times a tasteful montage of ribbons, wintry scenes and carol singers, for the TV Times Des O’Connor in a Santa hat – seemed to encapsulate the cultural differences between the BBC and ITV. But they each inaugurated an era of three-channel colour TV, in which every sitcom or quiz show would have its own Christmas special and the cathode-ray tube would fizz with fake snow and winter woollies for a fortnight.

The moment from this era that has entered folk memory is 8.55pm on the evening of 25 December 1977, when 28.5 million people are alleged to have arranged themselves in front of a television to watch The Morecambe and Wise Christmas Show on BBC1 – and this even though theirs was always the least Christmassy show in the schedules, with barely a smidgen of tinsel in sight. What no one remembers now is that ITV’s Christmas programming in 1977 was so unappetising that, when the schedules had been announced a few weeks earlier, several advertising agencies complained that they would have no audience for their commercials. On Christmas night, the channel showed Sale of the Century, Stars on Christmas Day (a special edition of Stars on Sunday with ITV personalities singing carols) and the film Young Winston. To have detained half the nation for an hour and ten minutes with the comedy double act on the other side was perhaps not such a historic achievement.

It was, in fact, a recurring motif throughout the 1970s that Morecambe and Wise’s Christmas show was not as good as last year’s. The 1977 edition was not one of their best. Starting with a lame skit on “Starkers and Krutch”, it finished not with that triumphant “There Is Nothing Like a Dame” number from South Pacific, but an oddly flat scene with Elton John playing piano in an empty studio while Eric and Ernie, dressed in drag as cleaners, looked on. Les Dawson, interviewed by the Daily Express a few days later, felt that “the ending didn’t quite come off”. The DJ John Peel found them “extravagantly unfunny” and thought “their best work in several years was the current television commercial for Texaco”.

Yet even if Morecambe and Wise were never as funny as we remember them being, it is touching to learn how much neurotic care went into their Christmas shows. It took their writer, Eddie Braben, five weeks to craft each one, working 16-hour days including weekends, driving himself close to a breakdown. Eric Morecambe was such a perfectionist that, when he watched the show with his family on Christmas night, he would cough strategically to distract relations from any slight fluffs left in the edit.

It is customary to mourn the lost capacity of TV to create these shared moments that seem to matter so much to both performer and audience. The announcement of the BBC’s Christmas schedules this year produced the usual complaints about its falling back on tired formats such as Open All Hours and Strictly Come Dancing. But as the recent Channel 4 series Gogglebox suggests, many viewers turn on the set in search of familiar rituals they can enjoy together. Despite all those predictions at the start of the digital era about the imminent demise of “linear viewing”, we are not all deserting the living-room television to watch Netflix on our iPads.

The media historians Daniel Dayan and Elihu Katz once compared the mass viewing of television to the Seder, the Jewish ritual marking the start of Passover. Jews celebrate the Seder in their own home with their extended family, and yet these millions of synchronised, home-bound microevents assume the existence of a symbolic centre, a sense that the Jewish diaspora is celebrating together at the same time. Dayan and Katz saw television, at its great collective moments, as a similar kind of “festive viewing”, a powerful social chemistry bonding society.

You might think this too heavy a responsibility for the Christmas Day edition of Mrs Brown’s Boys to bear. But TV’s defining quality remains that it can be viewed by lots of people simultaneously. And because it is an undemanding form of togetherness that asks little of those who sign up to it, other than that they all watch Doctor Who or Downton Abbey, it can create a sense of commonality among people who have little else in common.

This attachment to the communal nature of watching TV has survived a post-Thatcherite market logic that prefers to see us as individual, rational consumers. In fact, I have a vision of the diasporic television community of 50 years from now, assembled in living rooms from Lerwick to St Helier, sitting in front of their 3-D, voice-controlled, paper-thin TVs. Everyone is flicking through the Christmas edition of the Radio Times, with its time-honoured small display ads for walk-in baths and garden sheds at the back, looking for something familiar to watch.

Joe Moran is the author of “Armchair Nation: an Intimate History of Britain in Front of the TV” (Profile Books, £16.99)