Here’s a business idea that you can use to make a few hundred million. To start, you’ll need a small computer that runs Linux (I’d recommend the British-made Raspberry Pi, for £23) and a couple of camera modules. Next, you’ll need to write (or pay someone else to write) a programme that uses the input from the two cameras to correctly judge the speed of a passing car. This is the tricky part, but it’s not insurmountable – I’ve asked engineers exactly how tricky it would be, and the consensus is that there is now widely available machine learning software that could accomplish this. Combine these elements into a waterproof case, with a power supply (ideally a solar panel) and a SIM card. Train and test your AI speed camera until it works reliably.

Why? Because the most common speed camera in the UK and Europe costs from £20,000 per unit to install (or £40,000 if it’s in a rural area and needs its own power supply). This doesn’t include the contract for maintenance, which is necessary because many of them still use film – which tells you all you need to know about how ripe for disruption this market is. People I’ve spoken to say it’s possible to make a networked digital speed camera that works well enough to achieve certification for under £1,000.

Better yet, offer them for free. Use the same model that Apple uses with developers: give councils the tools to make money, and take 30 per cent of the income. For cash-strapped local government, the offer of income without investment will be irresistible. You could also increase adoption, and generate public support for the system, by allowing people to request them on an online map. People say they hate speed cameras, but they all want one next to their children’s school.

The 6,564 speed cameras in the UK represent well over £150m in installation costs alone. The most recent Home Office statistics record over two million speeding penalties in a year – about one every 16 seconds – with fines ranging from £100 to £2,500. Capturing 30 per cent of the UK’s speeding fines would be worth over £100m a year. And that’s just in the UK; the installation cost of Europe’s speed cameras is well over £1bn. 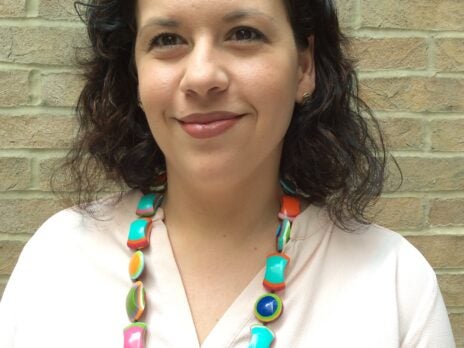 You will be despised for your efforts by people like Jeremy Clarkson and Nigel Farage, but then, you’re a New Statesman reader; they hate you already. And you will make people a lot safer. Studies conducted in 1996 and 2003 found that speed cameras reduced fatal accidents by 28 to 35 per cent. At 40mph, someone sitting in a front seat is five times more likely to be severely injured than at 20mph. Last year, 1,770 people were killed, suddenly and violently, by cars. Of the 26,610 people who were killed or seriously injured on the UK’s roads last year, 1,310 were child pedestrians.

No other form of transport would tolerate this kind of danger, and the risk we all have to bear is not remotely worth the tiny gains in time or efficiency it offers. People who insist on the right to speed are lethal idiots, but they are also voters, and governments have not stood up to them. But for an inventive business, this crisis may also be an opportunity. Why not give it a go?