This week, the Joint Committee on the Draft Mental Health Bill held its first evidence session for its scrutiny of proposed legislation to reform the 1983 Mental Health Act.

On Tuesday 11 October, a number of representatives from mental health charities and think tanks came together to give evidence to parliamentarians about the viability of the proposed changes that the draft Mental Health Bill would introduce, and highlight any concerns to the committee.

What is the Mental Health Bill?

Back in June, the government published its long-awaited draft Mental Health Bill, which seeks to amend existing mental health legislation. 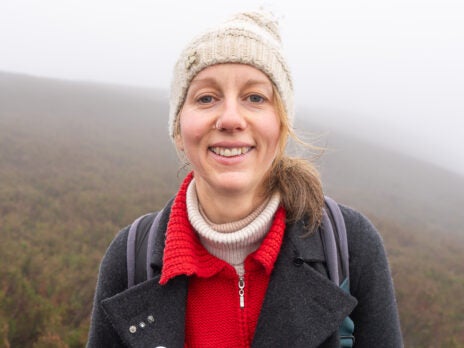 The 1983 Mental Health Act has long been criticised for being overly coercive and unfit for purpose. In 2018, psychiatrist Simon Wessely conducted an independent review into the act, concluding that it was desperately in need of reform.

Back in May, Spotlight investigated how the Mental Health Act has led to a disproportionate detention of black people, who are four times more likely than white people to be sectioned and detained under the act. Spotlight also reported that “Campaigners have… raised concern about the treatment of people with learning disabilities and autism under the Mental Health Act, calling for change.”

According to the government, the draft bill was created to “shift the balance of power from the system to the patient” by “putting service users at the centre of decisions about their own care”.

This includes, but is not limited to, the following proposed amendments to the act:

You can read a simplified version of what the bill proposes here.

What stage is the bill at?

Back in June the government published its proposed bill for pre-legislative scrutiny. This is different from “committee stage”, where a draft bill is looked into by a committee as part of its legislative journey through the House, and has already undergone its second reading.

In July, prior to parliament’s summer recess, the House of Lords and House of Commons jointly established the Committee on the Draft Mental Health Bill, to consider the proposals, hear from witnesses, and make recommendations to the government before the bill is officially introduced to the Houses.

On the establishment of the committee, its chair, Baroness Buscombe, said: “Our work as a joint committee in scrutinising the draft Mental Health Bill will be crucial in assessing the extent to which it will improve patient choice and address inequalities.

“The importance of our work cannot be underestimated given the urgent need to bring about changes to legislation first enacted almost 40 years ago.”

So, what did the experts say?

In Tuesday’s session, mental health experts and representatives told the committee that, although they were pleased with many of the proposed changes to the Mental Health Act, there was still a long way to go.

Corlett said that the bill needed to “shift some of the balance of power for people” as, by definition, the Mental Health Act is a “coercive piece of legislation” and it was therefore integral that coercion was limited to only where absolutely necessary.

Schonegevel told the committee that, though “there are a number of changes that we really really welcome” – including amending the detention criteria, the introduction of a nominated person and changes to advocacy – the bill needs to “go further in a number of areas”.

Bell said he welcomed the provisions to speed up transfers from prison to hospital, but was disappointed that the bill had not implemented all of the recommendations of the Wessely review.

The witnesses emphasised the importance of doing more to address the racial inequalities that resulted from the Mental Health Act. Sadid told the committee that the National Survivor User Network feared that “in terms of racial inequity”, the bill “doesn’t go far enough”. Corlett agreed, and her organisation, Mind, explained in a statement on their website that the government should “review the use of Community Treatment Orders (CTOs), which are coercive, don’t reduce readmissions and are disproportionately applied to black people”.

Sadid also raised concerns over the implementation period “and how long it’s going to take for some of these reforms to come into practice”. This concern was backed by Mind, which stated that any reformed legislation must come with “the necessary resources and funding needed to deliver this transformation”.

The committee will be meeting again to take evidence next week, on Tuesday 18 October.

It is required to report to both Houses of Parliament and make recommendations to the government about the draft bill by 16 December 2022.

The committee’s call for evidence closed on 16 September 2022, but you can find more information about the inquiry here.

@zoe_grunewald
Zoë Grünewald is a political reporter for the New Statesman.