Accountable care organisations (ACOs) are a model of integrated care that NHS England and the government are trying to introduce in this country. An ACO integrates primary, secondary, and community care for a large defined geographical area, and operates under one capitated – a set amount per head – budget, run by one organisation. The first ACO has yet to be established in the UK, but should it happen, the contract would likely be put out to a full tendering process (under EU and UK procurement law) to be awarded either to an existing NHS body/partner, or an external company.

Considerable opposition and confusion around ACOs has led NHS England to rename them Integrated Care Providers (ICPs), under advice from the Health and Social Care Committee (see NHS England section). This explainer will refer to the model as an “ACO” for clarity, but ICPs are referred to by some interviewees and bodies.

Sustainability and transformation partnerships (STPs) were established in March 2016, splitting England into 44 geographic “footprints” which cover all CCGs, local authorities, NHS providers and other healthcare bodies within an area. NHS England declared their intention to gradually replace STPs with ACOs and integrated care systems (ICSs) in March 2017, in its Next Steps on the NHS Five Year Forward View report. ICSs are similar to ACOs in that they will encourage the integration of different forms of care, but they would not merge different bodies under one contract provided by a single organisation. Instead, they will work within the existing funding structure.

The introduction of ACOs has been met with two judicial reviews, but both challenges were unsuccessful. However, the judge who proceeded over a challenge brought forward by the group 999 Call for the NHS – see “against” section for interview with Jo Land – has given permission for the decision to be appealed on all grounds, and this appeal will be heard later this year. These judicial challenges, an NHS England consultation on “contracting arrangements for ICPs” concluding in late October 2018, and a critical Health and Social Care Select Committee report have all served to considerably delay any progress on the policy. 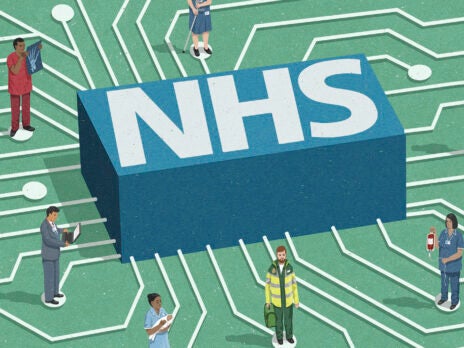 Currently, the only area seeking to establish an ACO is Dudley, which, if achieved, would cover its population of around 300,000. Dudley sits within the Black Country STP – please see “for” section for interview with Dudley CCG chief executive. Beyond Dudley, 14 STPs are working towards becoming ICSs.

The argument against ACOs

ACOs are common in the United States, and those opposed to their introduction view them as an import that paves the way for a more comprehensive privatisation of the NHS, creating the opportunity for private companies to win contracts to manage care for large swathes of the population.

Jo Land is a spokesperson for the 999 Call for the NHS campaign, which is appealing the unsuccessful judicial review of ACOs. Land says that although the door to privatisation was “already opened” by the Health and Social Care Act of 2012, the NHS as it currently stands is difficult for private companies to make money from. ACOs, on the other hand, make it much easier, she argues, because “a private company could run an ACO lock, stock and barrel – it could commission the services and provide the services”.

She argues that because money would not be allocated on a case-by-case basis – so, for example, every time a patient receives treatment from a hospital, that hospital is remunerated – but as a set per-head amount, it “incentivises the rationing of care”.

“[Our concern is] that it’s going to limit healthcare because what ACOs do is introduce a capitated budget so there’s a fixed budget per head … whether it’s the NHS or whether it’s private companies running the show, there’s an incentive to try to produce a surplus.”

The British Medical Association (BMA), which represents doctors across the UK, said that although it agreed with the principle of “integrating health and social care services … we do not believe that NHS England’s current proposals for a new ACO contract are a viable means of delivering integrated care”. The organisation raised similar concerns to the Call 999 campaign: “Lack of clarity and accountability surrounding their development, the risk of privatisation they present, whether the government will provide the level of NHS funding required for them to work, and how they will ensure services are based on a foundation of strong primary care.”

Similarly, the BMA is sceptical about the concept of ICSs. Citing their “association” with ACOs, the organisation said that they had considerable concerns about the transparency of plans around ICSs, and whether they too would be properly funded. Land believes that ICSs are simply another rebranding and advancement of the ACO agenda: “One of our slogans is ‘if it walks like a duck, if it sounds like a duck, it probably is a duck.’”

The argument for ACOs

On the other side of the debate, some health professionals are eagerly awaiting the introduction of ACOs. One of them is Paul Maubach, chief executive of Dudley CCG, the body driving the attempt to establish an ACO in the area.

He believes that an ACO (or ICP as he and other healthcare professionals now refer to them) is the best way to cement the integration of care that his CCG has already been working towards. “If you look at it in terms of the local view of a person or a local population, what they need is all those different services collaborating as one … part of our objective with creating an ICP is to bring the organisational support around that care model.”

As for the future role of Dudley CCG, “we would transfer a lot of what we do to the [ICP] provider … [Our core function] would be holding the provider to account for the outcomes that we’re trying to achieve for the population.”

Maubach believes that the current funding model – whereby “the hospital gets paid not on whether they achieve a good outcome for the patient, but for how many times they see them … or the number of treatments they do” – is “illogical”. He believes that providers should be funded on a results basis, and that the capitated funding model would encourage different bodies to work together to achieve these results: “This [ICP] contract allows us to not only fund services in a different way, but align these services that really ought to be collaborating together to incentivise them on the same basis.”

On concerns around privatisation, Maubach calls this a “red herring”. He argues that, although competitive tendering is required by law, an area would only be likely to seek the establishment of an ACO/ICP when it has already worked hard to develop an effective local partnership that is integrating care, as Dudley has been for some time with its partners: general practices and local NHS providers. “The likelihood of [an outside organisation] being able to demonstrate the degree of integration, the degree of capability, the degree of local connections … would be very difficult for them,” he explains. “Is the private sector best placed to deliver that really complex care coordination? That’s much less likely.”

When asked to comment on the possible introduction of ACOs, chief executive of NHS Providers Chris Hopson said that his organisation believes “if a local health and care system think this is the best approach to use, they should be allowed to do so, having consulted their local population.”

“We would expect NHS trusts and primary care partners to be the key players in these contracts if and where they are adopted, either as single organisations or as the leader or co-leader of a wider consortium.”

An ACO, NHS England claims, “is not a new type of legal entity”, but would “simply be the provider organisation” awarded a single contract “for all the services which are within scope for the local accountable care model.”

“Given the interest” in ACOs,NHS England held a 12-week public consultation, and has since had to launch another 12-week consultation on contracting arrangements for ICPs. “The term Integrated Care Provider is in recognition that, as reported by the Health and Social Care Committee, previous use of the term ‘accountable care’ has generated unwarranted misunderstanding.”

NHS England says there is “widespread support for ending the fragmented way that care has been provided,” and these reforms are part of the “number of ways” it is “working towards this”.

What the Health Select Committee said

In the summary of its report into integrated care systems, the Commons Health and Social Care Committee said that the introduction of ACOs into the NHS had been “confused by concerns” with organisations in the US “which are different but also called ACOs”. “The main concern is the possibility that these new contracts might extend the scope of private sector involvement in the NHS.” Following this report, the government and NHS England began referring to ACOs as Integrated Care Providers (ICPs).

The committee also advised that “given the risks that would follow any collapse of a private organisation holding such a contract,” and the public’s “preference” for a publicly-owned NHS, “we recommend that ACOs, if introduced, should be NHS bodies and established in primary legislation.”