To give an idea of the political value attached to cancer, David Cameron used the word ‘cancer’ 92 times in the House of Commons during his first 5-year term as Prime Minister. Compared to 14 mentions of Dementia, 8 for diabetes and 27 for disease.[i]  The treatments available on the NHS for cancer patients are not only subject to rapidly evolving science but also significant political interest.

The new government will be working closely with key experts and organisations on a way to ensure cancer patients can benefit from the best that science and medicine has to offer.  Asking the NHS to keep up with rapid progress in cancer research may be challenging, but it is also rightly expected.

When the government’s own cancer tsar published a report for the Secretary of State in 2010 on international comparisons of drug treatment rates,[ii] its findings prompted the launch of a cancer drug fund (CDF) aimed at improving access to cancer drugs. The £50m pot ring-fenced in 2010 soon gave rise to an annual £200m fund, which has now expanded to a budget of £340m for 2015/16.[iii]

This special consideration given to funding cancer medicines reflects the public’s desire that they and their loved ones have the option of the best that oncology medicine has to offer. The system that usually assesses whether the NHS should pay for drugs is unable often to approve even the best new cancer medicines, because its standard methodology is not suited to advances in the way cancer is treated.  The political fallout of failing to offer this access though is too great, so the cancer drug fund endures. 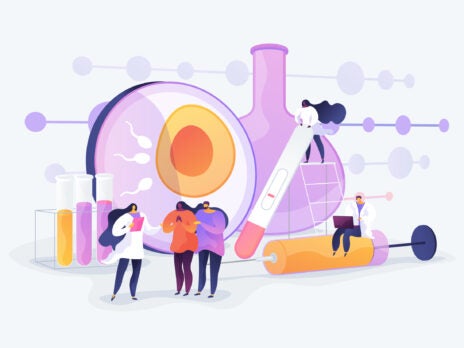 As the political and financial pressure on the cancer drug fund grows though, the Department of Health is working on other long-term solutions.  In early 2015, an independent cancer taskforce was set up to develop a five-year strategy for cancer services. This group acknowledges that ‘treatment rates with curative intent are lower in England than in other wealthy countries, particularly for patients with more advanced cancers.’[iv]

Proposing a system that offers patients access to treatments in a more sustainable manner than that currently offered by the CDF, whilst remaining in line with existing NICE processes, is a key part of the new taskforce’s role.  It will work alongside the accelerated access review[v] set up by the previous government to look at speeding up the availability of innovative medicines.  Underlying this is the recognition that while new drugs can be licensed relatively quickly, getting them approved for use in the NHS can take a lot longer.  The taskforce has to find ways in which the NHS can be ‘faster at adopting new innovations, whilst retaining the imperative of cost-effectiveness.’ [vi]

As well as the lessons from the CDF, the other useful precedent is the Multiple Sclerosis Risk-sharing Scheme (MS RSS), set up in 2002 to deliver access on the NHS to clinically effective treatments while data was gathered on their cost effectiveness.  The MS RSS model will hold clues into how the NHS can be faster at adopting new medicines even while evaluations of their cost effectiveness are ongoing.

Also key to improving cancer outcomes is targeting the right treatment to the right patient at the right time. Considerable progress has been made in recent years to develop ways in which genetic tests can be carried out to identify groups of patients who are most likely to respond to modern therapies. For people with advanced bowel cancer for example, this means having access to a RAS test that can help clinicians decide the optimal treatment. To ensure that cancer patients don’t miss out on such important tests and therefore the treatments they are most likely to benefit from, a national system that delivers timely access to molecular diagnostic tests for cancer is vital.

Cancer is too emotive an issue to be used as a political football and the commissioning of cancer medicines and services too important and too costly to be decided by any one group alone.  It will take collaboration and cooperation from government and its arms length bodies, from patient groups, clinicians and the pharmaceutical industry to create a system that improves outcomes for patients, offers value for the NHS and brings UK cancer survival rates in line with the rest of Europe.

[ii] Sir Mike Richards (2010); Extent and causes of international variations of drug usage; a report for the Secretary of State for Health