It is less than two years since I stood in Manchester’s Museum of Science and Industry, beside its grand old engines and turbines, and set out my vision for a Northern Powerhouse.

The idea was simple: to bring together the great cities and towns of the north of England to become a powerhouse for our economy again – with modern transport links, much stronger civic governance and investment in world-class science and culture.

Within 40 miles of Manchester, you have Leeds, Sheffield and Liverpool, Lancashire, Cheshire and Yorkshire – a belt of cities and towns that contain ten million people. Bring those cities together, connect Liverpool to Hull, the north-west to Yorkshire and the north-east – and a powerful urban conglomeration emerges. 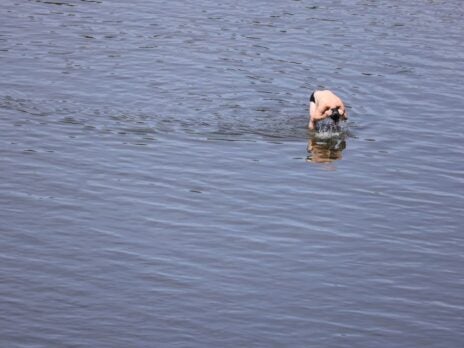 So the Northern Powerhouse was conceived as a new approach to rebalancing the economy, based not on pulling London down but creating something that could realistically compete, not just with our great capital, but with the rest of the world’s leading regions. It is an ambition to address the historic north/south divide. And in the past 20 months or so we’ve made important progress.

First, we acknowledged that the old model of running everything out of Whitehall had to end. Frankly, that model was broken.

For decades, years of highly centralised government have failed the proud cities and towns of the north, and my promise was that we would finally give civic leaders the levers they need to grow their local economies. In the biggest shake-up of local government in my lifetime, we have been handing power from Whitehall to northern cities so that they can take control of their own affairs. That has meant working across political divides, and I pay tribute to the far-sighted local authority leaders from all parties who have worked with us to create new, powerful elected mayors.

Of the six deals announced to date, five have been with cities in the north. The Sheffield City deal announced late last year, for instance, is giving South Yorkshire a new mayor with access to £900m of funding as well as control over transport, skills and business support.

Much better strategic transport links were the second part of my plan. So at the Spending Review I announced that government would spend £13bn on transport across the Northern Powerhouse over the next five years.

More than that: I wanted to create a single body, like Transport for London in the capital, that would ensure we had a single, joined-up, locally driven transport plan. So we created Transport for the North, and asked John Cridland, ex-head of the Confederation of British Industry, to chair it.

Then we funded the new TfN with £200m, including investment to help make Oyster-style ticketing a reality across the whole of the Northern Powerhouse. There’s much more to do, but already we have made steps to make travelling in the Northern Powerhouse a better experience, with improved trains offering more seats and more services.

We’ve announced that the high-speed rail link connecting Crewe to Birmingham to London will open six years earlier than scheduled.

We also launched a new National Infrastructure Commission to hold the feet of this and future governments to the fire. One of its first projects, reporting in time for my Budget in March, will be to report on how we can better join up the dots and improve connectivity in the north.

Promoting and investing in both science and the arts is the next part of the plan to make the Northern Powerhouse a reality.

Late last year, I was delighted to welcome President Xi Jinping of China to Manchester – the first time a Chinese leader has ever visited that great city, where I showed him the cutting-edge work being done in the development of graphene. His visit followed my week-long tour of China, where I promoted £24bn worth of investment opportunities in the north to Chinese investors – taking local leaders from both main parties along with me.

The north is now leading the UK and increasingly the world in many areas of science. Take the Sir Henry Royce Institute for Advanced Materials Research, which we’ve backed with £235m of support, the National Centre for Ageing in Newcastle, where we’re putting in £20m, and the new joint nuclear research and innovation centre in Cumbria, where we’re partnering with the Chinese. There will be £250m of investment into small nuclear reactors and nuclear research and development, most of which will be spent in the north, building on existing nuclear strengths in the north-west.

The government has committed tens of millions to new agriscience centres in York, and we have launched a national £400m Grand Challenges Fund, which will support regional bids for significant science projects.

In the past few weeks, Bill Gates, who is joining forces with the government in our mission to eradicate malaria deaths and fight emerging diseases, came with me to Liverpool to see the great work being done at the city’s School of Tropical Medicine.

I want the Northern Powerhouse to rival London and other great city regions of the world in the arts, too.

So we pledged £78m for The Factory, a theatre and arts venue with a capacity of 5,000 on the site of the old Granada TV studios. It will play an integral part in helping the north of England provide a real cultural counterbalance to London.

We’re committing significant sums to expand Hull’s UK City of Culture 2017 and the Yorkshire Festival, while Sir Gary Verity is taking forward a project to showcase the best of the north with its own Great Exhibition, with £20m backing.

Of course, the success of the Northern Powerhouse will rely on the talents and strengths of the north’s workforce. In an indication that the region has real momentum, employment grew faster in the north than the south over the past year. In fact, the employment rate in the northwest grew faster over the last year than in any other UK region.

Across the Northern Powerhouse there are more people in work than ever before, and around 700,000 of them will benefit from our new National Living Wage, to be introduced in April this year.

Companies such as Burberry are showing increasing confidence in the area, announcing plans to open a new factory in Leeds. A Birkenhead firm was recently awarded the contract to build a £200m polar research ship.

Behind each of these announcements lie jobs, pay packets and security for more people and their families. And almost every day I hear about more opportunities that are there to be seized.

I hope anyone who heard me talk about the Northern Powerhouse on that first day will know that I wanted it to be the start of something special, something that the whole of Britain will benefit from.

Now that we have set out on this course, I am more determined than ever to make it work.

It’s a big, systematic, long-term endeavour for the years and decades ahead, for people of all parties and none to support. Critics who seek to declare an end to the Northern Powerhouse every time an individual engineering project faces a setback or a flood defence is breached both fail to understand the breadth of our intent and do the region a disservice. Of course, we take those things seriously. But the Northern Powerhouse is bigger and broader than that.

As an MP in the north-west for 14 years, I’m well aware that individuality is hardwired into the north – nowhere else celebrates such a diverse range of communities in such a small part of the world.

But collectively we can be so much stronger than the sum of our parts. There’s more to say and more to do in my Budget next month (March). I know the Northern Powerhouse can bring our great northern towns and counties together to take on the world.

George Osborne is the Chancellor of the Exchequer and the MP (Conservative) for Tatton, in Cheshire.