The number of new Covid-19 cases each day has been falling in Madrid, London and Milan – the cities at the centre of the European outbreak. Our tracker – which shows new daily cases by region in the countries with the most Covid-19 deaths – shows stable falls over the past week.

The pattern in New York is more mixed, with the city still have seen 30 per cent of all cases in the US despite accounting for just six per cent of America’s population. London – like many major cities – has had a disproportionate number of UK cases but appears to be further along its disease “curve” than places like the North West of England, the West Midlands, and Scotland.

Cities – with their high population density, young and mobile demographics, and developed public transport systems – are particularly susceptible to rapidly-spreading viral outbreak. Here we drill down into subnational Covid-19 figures to show which areas are seeing disproportionate numbers of Covid-19 cases.

While different countries count at different administrative levels, the pattern is clear: London and Madrid are “regions” in their own right, while New York State includes New York City and Lombardy covers Milan. This chart is currently being updated weekly with the latest figures – although some countries have a slight delay in publishing the very latest case numbers by region or state. 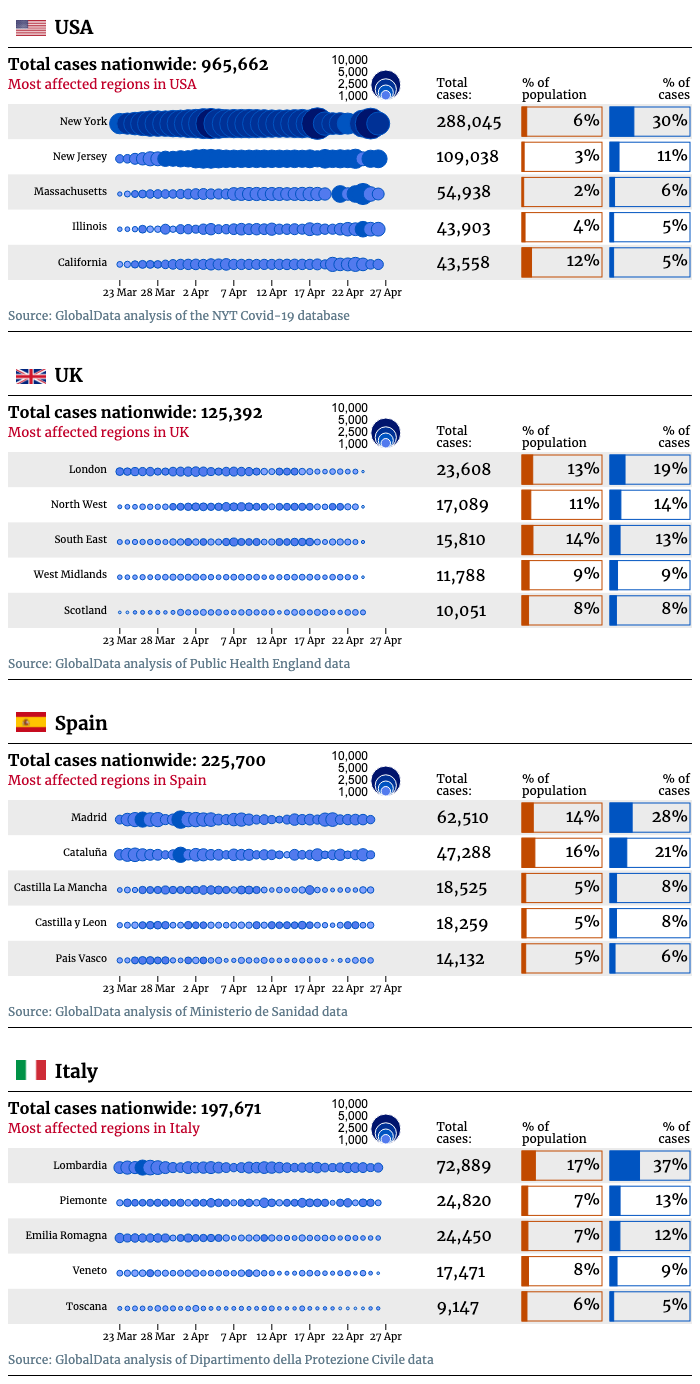