Periods, life-altering surgery, STIs, sex, shitting, money. These are likely not high on a list of things you’d want to spend all day talking about. But for Hannah Witton, these aren’t just taboos needing to be tackled, they’re the pillars of her incredibly successful career – and the foundation of her daily life.

Witton is arguably the UK’s biggest sex and relationships influencer – with an audience on YouTube of nearly 600,000 subscribers and a total view count of more than 75 million. She is a dogged sexual health activist, a published author of two books (Doing It! and The Hormone Diaries), and was the only sexual health advocate to make it onto the Sunday Times’s 2019 Influencer List. For nearly ten years, she has dedicated herself to talking the topics that make most people want to jump out of their skin – approaching them in a way that makes you wonder why you were ever uncomfortable in the first place.

“I was bored, a bit lonely, and watched a lot of YouTubers,” says Witton of her motivation to join YouTube in 2011, when she was 19. She tells me it took just nine months for her to make her first sex education video. “I was learning lots by being online and realising that my sex ed in school wasn’t up to standard and hadn’t quite prepared me for navigating adult relationships and sexual health things. I had a small audience that were mostly young women and didn’t see anyone else doing it the UK and just thought ‘Well, I’ll be that person then!’”

“When I was 17 and I had started college, I was meeting people who had gone to different schools. And what became really apparent was that not everyone had had the same education – there were different levels of knowledge and different levels of understanding and that really confused me. I was just like, ‘Wait, how do I know this and you don’t?’ and ‘Wait, where did you learn that?’ We weren’t taught the same things in school and it was just a mess.” 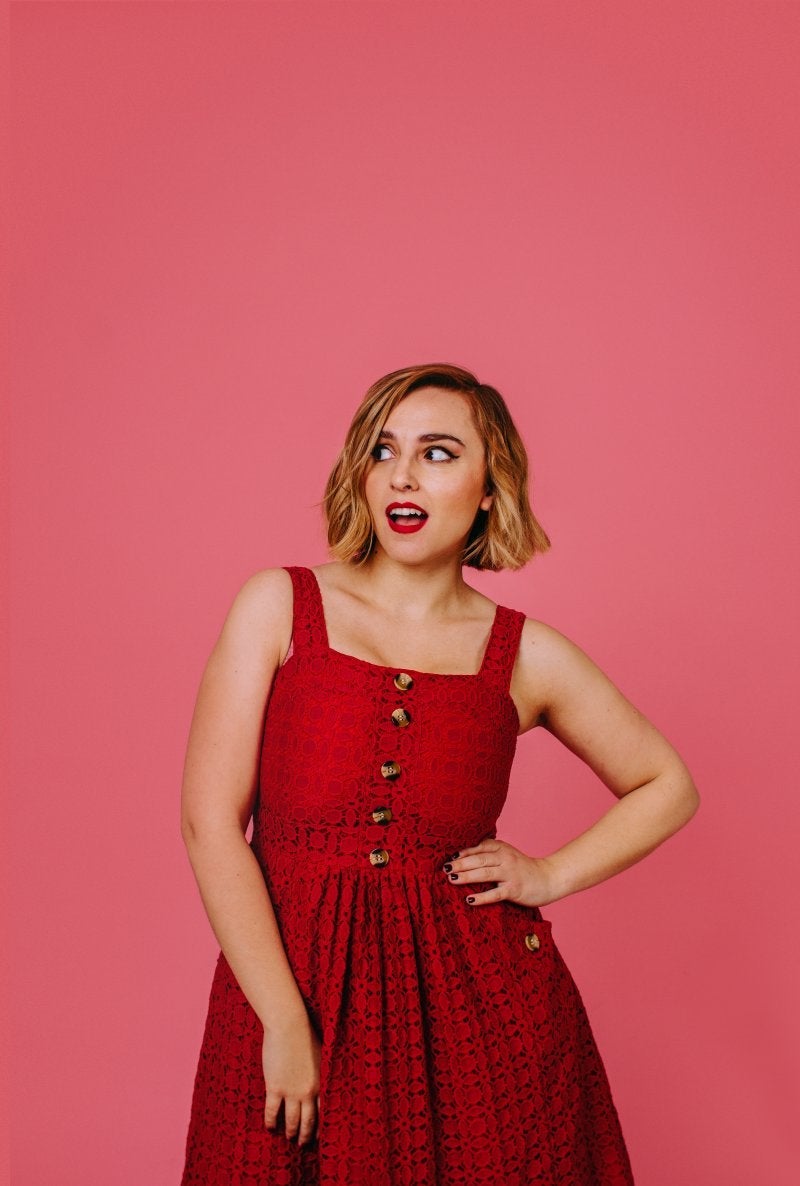 But one of the more remarkable things about Witton’s content is that, over the last two years, the majority of her most popular videos have been medical. That’s because when she was seven years old Witton was diagnosed with ulcerative colitis, and at the end of 2017, aged 25, she was hospitalised for four weeks while undergoing emergency bowel removal surgery. As a result, Witton has a stoma (that she has named Mona) and uses an ileostomy bag – something she speaks about with seemingly unhindered openness and regularity on her channel.

“When it came to sharing what had happened to me after I’d been discharged from hospital and at home and feeling more like myself, the first thing I wanted to do was talk about it online,” she says. “It was an instinctual thing. It really helped me with my own healing being able to process it and talk about it online. But also, when I was still in hospital immediately after surgery, one of the first things I was doing was finding other people, young women specifically, with stomas on Instagram, on YouTube, that were really open about it and talking about it. That was so helpful for me. So I knew that I already had this big platform and I’ve always been a strong believer in ‘with great power comes great responsibility’. So I had to share it.”

Witton’s videos about her stoma draw in huge audiences – typically four times as many as her normal videos, which themselves rack up around 50,000 views – with some having been watched by almost 700,000 people. “I think people online, or just people in general, love a good weird medical story,” she tells me. “I do have this weird balance that I’m trying to strike with the videos about my stoma because I know that they consistently perform well, but I don’t want to exploit that.”


Although Witton has been a YouTube creator for the better part of a decade – and a popular one, too – because much of her content is about sex, her videos tend to be marked as explicit by YouTube’s algorithm. As a result, they’re less valuable to advertisers and will generate less money through YouTube ads (if any at all).

“I do know that [YouTube] values thoughtful content on the platform. That’s a no brainer, who wouldn’t? But, sometimes, those desires don’t align with advertisers’,” Witton tells me. “Often your videos just get demonetised and you don’t know why. But there’s been a huge pushback from that and they have gotten a bit better. It just so happens that a lot of the content that I make goes into the “sexual content” category.

If you looked at Witton’s social media accounts, you’d see a pretty positive oasis; although she’s tackling tough subjects, both her outlook and the response from her followers are overwhelmingly upbeat. But as a woman online talking about sex, bodies, and money, Witton says that she is regularly the target of online harassment. However, she tries not to post about it. “I totally understand that feeling of release when you screenshot a mean comment and put it on your Twitter and then you have all of these people replying to it affirming you saying ‘They’re awful, you’re amazing,’” she admits.

“Instead, I will still screenshot but just private message to some friends who are in the same industry and they get it. Occasionally I have to dive in if someone brings something to my attention, but usually that’s more if someone is harassing someone else in my comments. I don’t want people who are in my community to feel like they can’t contribute to discussions without someone coming in and attacking them.” 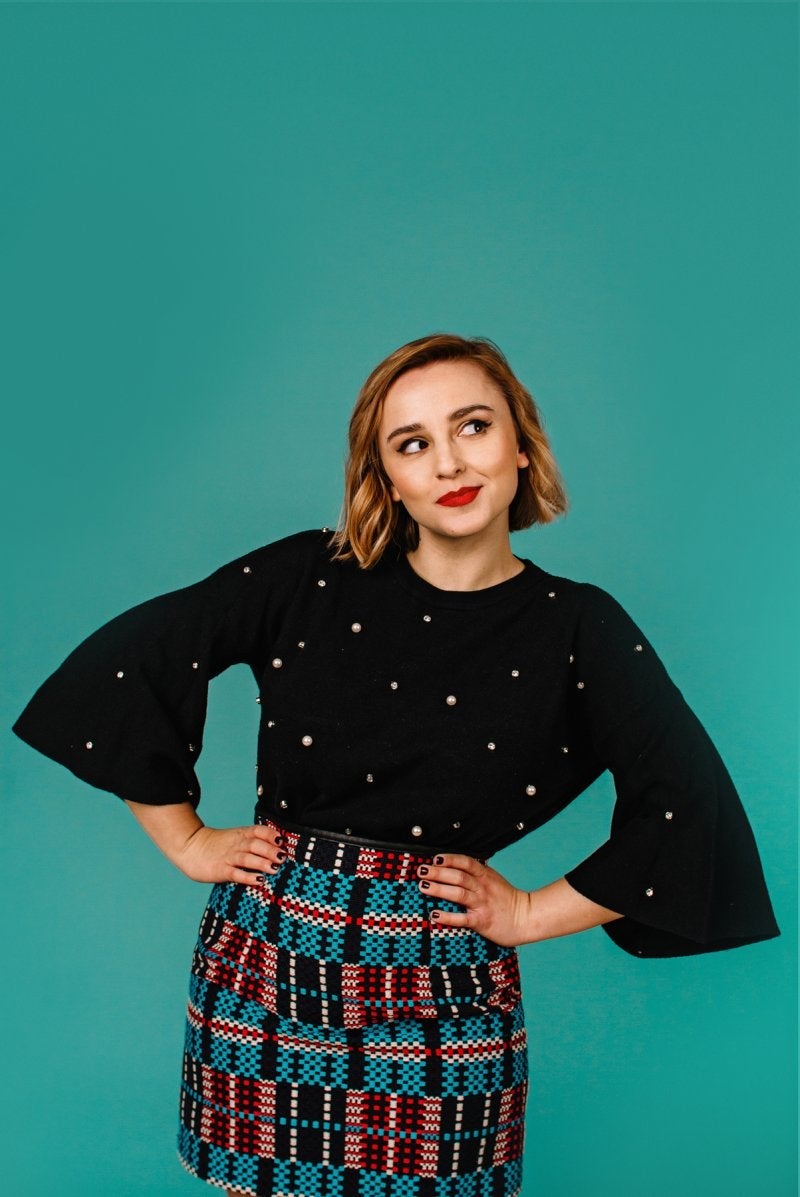 Beyond her willingness to talk about sexual and medical issues, Witton is also different in that she’s one of the only YouTubers to ever publicly audit herself. “I’d done workshops before at the YouTube space about revenue building and they were like ‘do a pie chart of your income’ and I was just guessing,” she tells me. “So I was like, okay, I’m going to actually do the sums and figure this out and it was really interesting what came of that.”

Witton went through her income – which comes from YouTube ads, brand sponsorships, merchandise sales, paid writing jobs, and her Patreon – and broke down what percentage of her money stemmed from each source. Her first self-audit was for the 2017/18 financial year, in the form of a pie chart accompanied by a blog post. “People liked it, but obviously on my blog there’s a much smaller audience.” A year later, however, Witton made a video on her channel, detailing exactly where her 2018/19 income had come from. “The response to it was really cool because I think it answered questions for people and people don’t like talking about money.”

“What I wanted to happen with doing that was all of my influencer friends would start doing their pie charts because I want to see everyone’s pie charts,” she adds. “But yeah… that’s not happened.”


Witton has also started going into schools to talk about sex education, doing a few visits on her book tour for The Hormone Diaries and others with the sanitary towel and tampon brand Always, as a part of their End Period Poverty campaign. “I’m getting a bit of training and trying to get a bit more experience in that area because I get asked to go into schools and universities a lot to do talks or workshops,” she tells me. She believes that schools struggle to deliver good sex education because of a lack of resources, explaining: “A lot of young people, if they are getting sex education, it’s from their geography teacher and their maths teacher.

“There isn’t a huge amount of budget for schools to train up their teachers or get external experts to be able to deliver that. I genuinely believe that most schools want to be doing best by their students, obviously, and sex and relationships education is a part of that. It’s literally just the resources.”

One of the major things Witton thinks that schools get wrong when teaching sex? Pleasure. “Sex can feel good and that is fine and that is normal and sex isn’t something that you have to endure because other people are doing it or because you think you should do it,” she says. “I think it’s kind of sad how you think that some young girls or women can get to a certain age and be like ‘Oh wait, you mean sex is for me? Oh wait, you mean that I can enjoy this?’”

“It’s sad that they haven’t been taught from a younger age: ‘Hey, it’s for everyone and anyone who wants to do it,’” she says, adding: “Above the age of 16! Consent!”

Witton tells me if there’s one thing she wants to do through her work it’s to make people more comfortable. “We’re not taught how to communicate on certain topics, like all of these taboos with sex, health, and money, it’s the same thing. We don’t know how to talk about these things or ask questions without feeling really weird and really uncomfortable.

“The main thing across all of the topics that I cover is about feeling comfortable and confident enough to accept yourself and communicate that with the people in your life that are important,” she says. “That doesn’t necessarily mean shout it from the rooftops and make a YouTube channel about it, but just to have those conversations.”


Topics in this article :