WARNING: Some of the content linked in this piece is not safe for work (NSFW). This content will be marked as such. 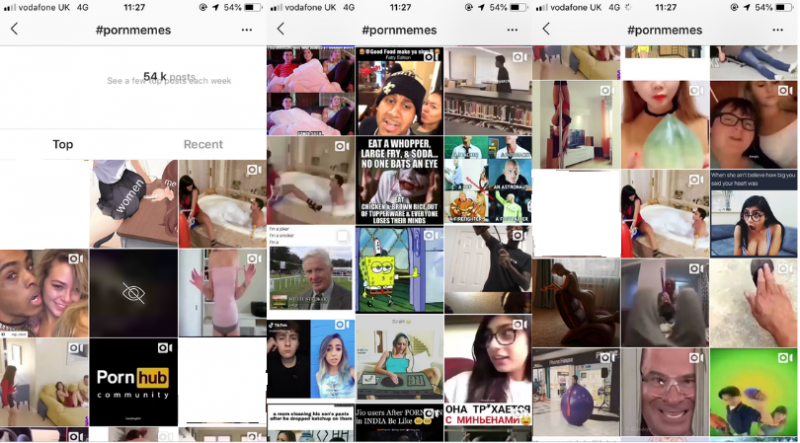 Indeed, while many of the porn meme pages on Instagram and Tumblr focus on actual sex, the memes circulating Twitter tend to have nothing to do with sex at all. Some tweets include jokes about pricey food, alongside videos one or both of the Cock Destroyers saying “I’m too expensive for you” or “it will be a small fee to pay, but I’m sure you won’t mind.” Other popular memes are on a specific video of More aimlessly walking around in high heels and a trench coat, with one meme (perhaps dubiously) captioning the clip, “Kate McCann walking around looking for Maddie the night she went missing” and another “me listening to sad music on my way home and pretending to be in a music video”. One meme (which was too graphic to embed into this article) features a video of More having sex, saying to the camera: “Today’s meant to be Sunday, a day of rest… But not for me!” with the caption “me leaving my assignments to the last minute”.

me listening to sad music on my way home and pretending to be in a music video pic.twitter.com/mOCUfyjqeV

ciara:
that stage she speaks of: pic.twitter.com/MIOevBqRkA

And it would appear the Cock Destroyers have enjoyed their meme-ification amongst gay social media users as well. Responding to a tweet pondering whether or not More and Anderson had benefited from, or been hurt by, becoming a meme, More replied, “I love gays… they’ll just have to deal with it.”

I love gays… they’ll just have to deal with it