For subscribers to lifestyle YouTube channels, October means one of the most content heavy times of year. Alongside YouTubers leaning into the “lifestyle” of autumn, October means the start of the daily “vlog” (video blog) spree commonly known “Vlogtober”. For the entire month, large and small-name YouTubers alike will document nearly every waking part of their day and cobble it together into a vlog. The bona-fide YouTube institution draws in millions of views every year, and huge amounts of money for YouTubers off advertising on their videos, and videos tagged with #Vlogtober make it onto the site’s trending page almost every day of the month.

It’s difficult to pinpoint when Vlogtober truly began, but it has, at the very least, been going on for the last ten years. Typically, YouTubers commit to recording videos of what they’re doing effectively all day, every day, splicing up the best bits (best being a relative term) into five, ten, even 30 minute vlogs uploaded on a daily basis. Sometimes, YouTubers will miss days due to business and smush vlogs together, but by the end of the month, most YouTubers participating will have uploaded at least several bits of every day of their month onto the platform. The pressure and stress caused by such an unyielding commitment is not surprising.

The anxiety over Vlogtober isn’t new – the pressure has existed since its inception. Blogger and social media influencer (she has 67,000 followers on Instagram) Hannah Gale wrote a blog in 2014 about quitting the monthly vlogging marathon after the 13th day. “It was time consuming (you know an eight minute video can take up to an hour to upload to YouTube – nope, don’t get it either) and I felt completely out of my depth,” she said. “I can’t edit them, I can’t do voiceovers, I can’t make them look pretty, I can’t speed them up and do fancy things.”

Vlogtober, though, was back the following year, and over time participants have upped the stakes, with many vlogs being treated with a professional quality. Colour edits, filters, music, multiple cuts, text overlays, images, and special effects aren’t uncommon to see in a single vlog from even lesser known YouTubers. With all of that extra work comes obviously greater time commitments from YouTubers just to keep up. All of this work, even if just for a five-minute vlog, can take hours of editing and uploading.

We invented the cow 10,000 years ago. Lab-grown meat is just the next step 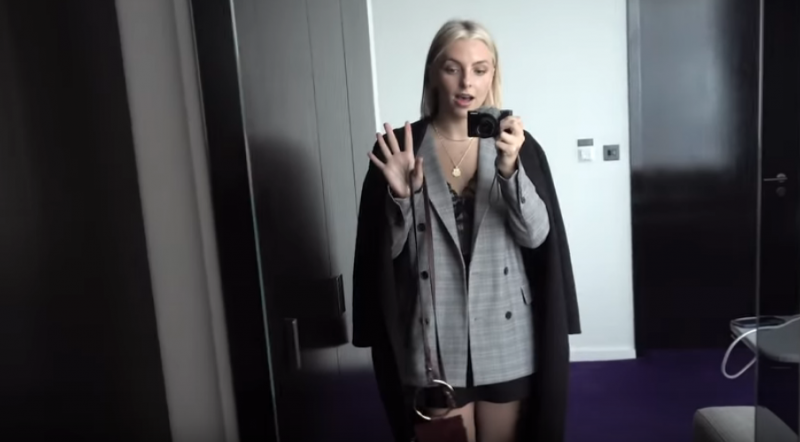 Estee LaLonde during this Vlogtober

This means that, for some YouTubers, the stress can become unbearable in a matter of days. Canadian YouTuber Ashley White took to Twitter as early as 6 October of this year to say she couldn’t carry on with the month of vlogging. “Sorry for being so back and forth but I’ve decided to stop Vlogtober,” she wrote. “I find it’s best for my mental health, I get so caught up on the engagement and it’s hard to vlog every day. I don’t show but I’m dealing with a lot right now. Just trying to figure out where life is taking me.” This is for a YouTuber with just a handful of subscribers, only 3,000, where the pressure for quality and quantity is not nearly as great.

When looking at big-name YouTubers, who will make enormous amounts of money off ads on monetised videos during Vlogtober (raking in tens of thousands, if not hundreds of thousands, of views every day), insecurity over the month-long vlogging spree is still obvious, even if not as explicit or insurmountable.

London-based YouTuber Jessie Lethaby, AKA “SunbeamsJess”, has been participating in Vlogtober as well as Vlogmas (the 24 days of December preceding Christmas) for the last five years.

Last year, Lethaby did Vlogtober while completing her masters degree and also doing sponsored jobs on YouTube on the side. Her Twitter account during that month is riddled with apologies, with nearly every post in October 2017 including the word “sorry”, explaining that that day’s Vlogtober would be coming late or wouldn’t be coming for a few days time, mashed together with several other days’ vlogs. Between these tweets are replies to followers asking, “What happened to Vlogtober?” and further apologies for being “flaky”.

This year, addressing her followers about Vlogtober 2018, she told fans that after last year’s challenges (and surprise family issues) she would not be committing to vlogging the whole month, but simply uploading vlogs more consistently than her typical output. 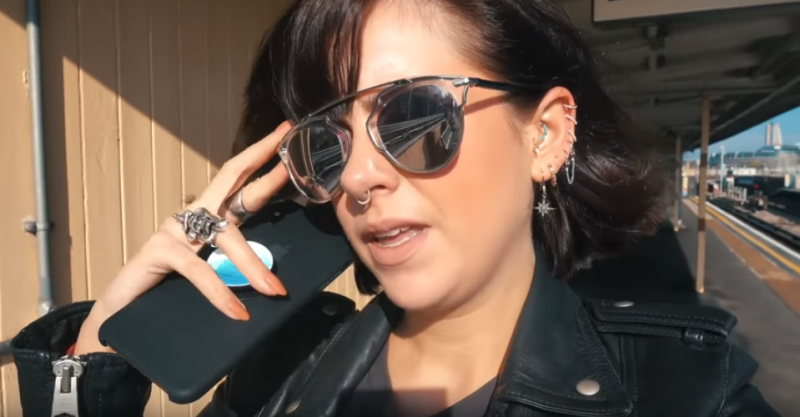 Speaking to me via email, YouTuber South African Le’Chelle Aldridge explained her past challenges with daily vlogging. “I love daily vlogging, but it does take a lot out of me,” she said, “I have to be constantly ‘on’ or happy for the camera and think of how I’m going to film each moment instead of simply enjoying it.”  Aldridge has five thousand subscribers on YouTube and a similar follower-count on Instagram, and told me that she’d participated in both Vlogtober and Vlogmas before (although limiting herself to weekly vlogging during the Christmas period). She said that it took a huge toll on her to do vlogging over such a long period, and having to plan out so many days.

“That doesn’t even including the time it would take to edit every night for daily uploads,” she said. “Basically, it’s a lot of work!”

Aldridge also explained the strain it put on her homelife. “I’ve definitely experienced that [vlogging being stressful and exhausting] and it takes a toll on my relationship with my husband… I work more in the evenings and can’t spend much time with him.” She did say, though, that she was spared negative criticism from her followers when vlogs were late or didn’t come at all, unlike other big-name YouTubers who are often hounded for vlogs when they don’t come in when promised (subscribers get antsy when videos come days, or even hours, late).

As YouTubers may be breathing a sigh of relief with October’s end in sight, it also means that Vlogmas is only a couple of weeks away. While Vlogtober may be a decent money-maker, and even a fun challenge for some YouTubers, many are increasingly cracking under the pressure. And as the quality is upped and YouTubers continue to push themselves to create more interesting vlogs, we may see daily vlogging become a slow-motion descent into crippling stress instead.