Accurate copies of fossilised bones can now be made from the combined use of computed tomography (CT) scans and 3D printers, according to a paper published in the journal Radiology.

The technique offers scientists a non-destructive way of transporting and handling rare or fragile fossils.

To protect such specimens from damage during transportation, the fossils are often stored in plaster jackets or casts. These jackets must be strong enough to protect the fossils, but should also separate easily from the specimen when removed.

It is during the removal of the plaster and surrounding sediment that the fossil is in danger of material loss or even destruction. This typically occurs when the plaster is stuck fast to the bone.

(A 3D print of a fossil (right) next to the original still inside a plaster jacket. Image: Courtesy of Radiology and RSNA)

A group of German researchers found that, by using CT and 3D printers, they could separate fossilised bone from its surrounding sediment matrix in a way that would not harm the specimen, then produce a 3D copy of it.

Applying this method to an unidentified fossil from the Museum für Naturkunde in Berlin, the researchers scanned the bone with a 320-slice multi-detector system to show up the different attenuation (absorption of radiation) through the bone and the surrounding sediment matrix, depicting clearly the fossilised vertebra.

The scan also provided information on the condition and integrity of the specimen, like otherwise unknown fractures, and helped the researchers build an accurate reconstruction of the fossil.

Then using a laser sintering system – a process which uses high-powered lasers to fuse materials by adding thin horizontal layers of plastic – an accurate 3D copy of the fossil was produced. 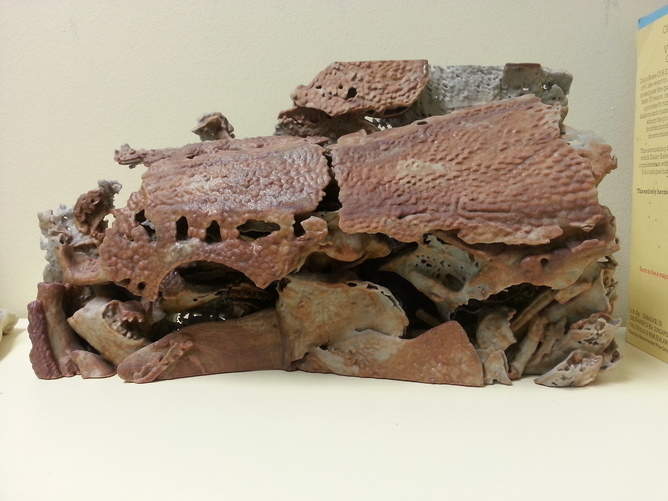 The impact on palaeontology
According to Richard Brian Gunderman, a professor of radiology at Indiana University who was not involved in the study, CT scanners are able to determine the exact structural dimensions of an object, down to fractions of a millimetre.

This data can then be used to construct a replica so precise that objects of great historical interest, like Stradivarius violins, have been created to sound remarkably similar to the originals.

“Such a technology has been a boon to palaeontologists in the past few years,” said John Long, strategic professor in palaeontology at Flinders University.

“Once we relied on meticulous time-consuming methods to prepare delicate fossils out of the rock and, even then, we could only see their external features. Now, using high-resolution micro-CT scanners and synchrotrons [particle accelerators], we can investigate every nook and cranny of the fossil right down to individual cells and tissue structures without having to risk damaging the specimen.

“Combined with advanced 3D printing, we can now slice though the ancient fossil skulls and print them in halves showing the full anatomy in clear definition. This will no doubt revitalise palaeontology.”

(A 3D scan of a 380 million-year-old Gogonasus fish skull by Tim Senden and ANU Vizlab.)

Ahi Sema Issever, from the Charité Campus Mitte in Berlin and one of the study’s authors, explained: “The most important benefit of this method is that it is non-destructive so the risk of harming the fossil is minimal. In addition, not only does this method allow for a global exchange of rare fossils in any quantity, data on the specimens can also be digitally shared between research institutes, museums and schools while protecting the original fossil.”

Darren Curnoe, associate professor at the University of New South Wales, agreed, saying: “Famous fossils like the Taung Child in South Africa – the very first ancient ape-like creature found in our human evolutionary tree – has been quite badly damaged following almost 90 years of study by scientists.

“Almost everyone who sees the fossil wants to take a couple of measurements of their own, and by doing so, is damaging these priceless pieces of our collective heritage. We need to do better, and such technology might just be the answer.”

A note of caution
Although supportive of the technological breakthrough in this study, Professor Long warned that researchers must not rely too heavily on tomographic imagery and 3D printing to draw their conclusions.

“It is important to carefully study the preservational biases of the original fossil first to determine how reliable a computer-generated image will be. In some cases, replacement of bone by other minerals or the presence of solid inclusions can effect the quality of CT images and affect 3D printing results. 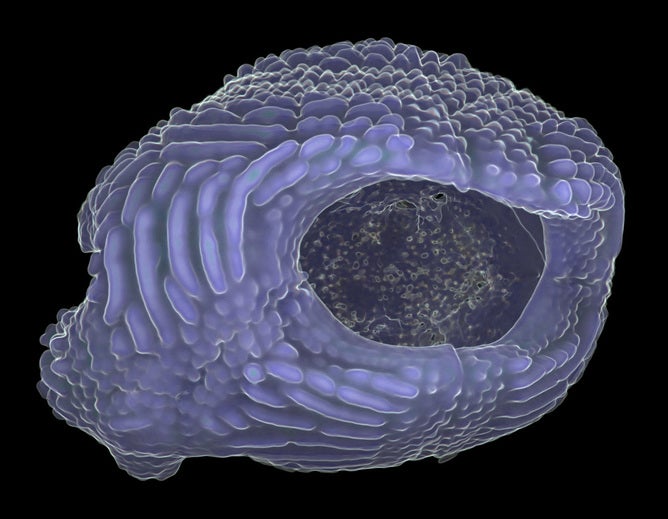 Associate Professor Curnoe agreed, saying: “Any model made from CT scans must properly distinguish actual bone from missing bone, or even from materials like plaster, that had been used in the past to reconstruct missing bones in the fossils. This is particularly important since most fossils found are incomplete or distorted.

“In the end, there is nothing like seeing the real thing to fully understand the anatomy and the state of preservation of a fossil. But, for the sort of work many scientists do, especially postgraduate students, 3D models would be incredibly useful at a time when funding can be very hard to get.”

Beyond fossils
Some experts speculate that the findings from this study will benefit the medical field, like building and fitting implants in orthopaedic surgery. Others feel that the technique could be used to model real bones and other tissues, such as cadavers that have been preserved in ice or peat bogs.

Martin Baumers, a research fellow at the University of Nottingham, would like to see the implementation of a virtual library and data infrastructure for such 3D data and designs. He believes that it would aid collaborative research, allowing experts from different disciplines to share and retrieve 3D models for 3D printing or other scientific, even commercial, usage.

For Professor Long, the biggest breakthrough will come when palaeontologists possess the ability to make portable machines to take into the field and scan fossils, still buried under the rock layers, to determine the full extent of the fossil before excavating it.