Today (18 July) the UK may experience its hottest day ever. It is near-universally acknowledged that climate change has its fingerprints all over the heatwave. People will die because of the extreme heat. Climate models predict these temperatures will become the norm in summer if climate change is left unchecked. Meanwhile, carbon dioxide levels continue to rise and António Guterres, the UN secretary-general, will warn today that the world is heading for “collective suicide”.

Yet only 4 per cent of Conservative Party members put reaching net-zero emissions by 2050 in their top three priorities, according to a YouGov poll for the Times, and not one of the candidates trying to replace Boris Johnson as prime minister appears to give a hoot about the issue. It is alarming that whoever takes over No 10 lacks the will to tackle climate change, that neither Rishi Sunak, Liz Truss, Penny Mordaunt or any of the other Tory leader pretenders have the guts to face up to this challenge.

Out of ten policy areas net-zero came bottom in the YouGov poll of Conservative members. Winning the next election, controlling immigration and helping families with the cost of living came top. In last night’s ITV Tory leadership debate, not one of the candidates showed any understanding of the climate crisis or of its impact on health, energy bills or food prices.

“If we bankrupt ourselves [to bring down emissions], we will be leaving a terrible future for our children,” claimed Kemi Badenoch. She apparently doesn’t understand that we are already on the cusp of leaving our children a “terrible future” because of a lack of political will to tackle climate change. She also seems to have missed the mountain of research showing the damage a warming world will cause to the economy. 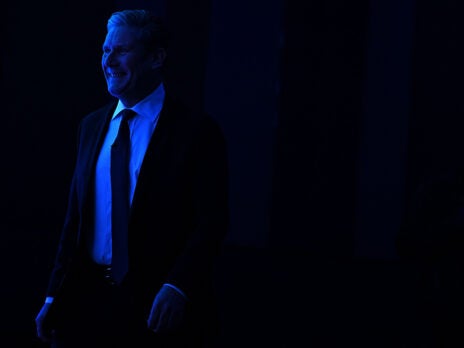 Policies to reduce emissions “mustn’t clobber people” said Mordaunt. Does that mean that not acting to stop people being clobbered by increasingly intense waves of heat is acceptable? Truss and Sunak hid behind a similarly misleading logic that fiddling while Rome burns will be cheaper and more beneficial to the UK electorate. Truss would end green taxes, which have stopped energy bills rising even higher, to “not harm people or business”. The former chancellor invoked his daughters as proof he cared about climate change, while telling the audience we “mustn’t lose people” in the move to a net-zero economy.

What none of the candidates seems to realise is that they have already lost the majority of the British public. Seventy-five per cent of adults in Great Britain are very or somewhat worried about the impact of climate change, according to data published by the Office for National Statistics in October 2021.

The problem is that the candidates hoping to replace Johnson are trying to win over a party that is not representative of the country as whole. Seventy-nine per cent of women are concerned about climate change, says the ONS, while people of all genders over 70 are less likely to be worried about a warming world. The Tory party is 71 per cent male, with an average age of 57. A certain percentage of Tory members who vote for a new party leader will have departed this Earth by the time of the next general election in 2024. The younger generations will not vote for politicians who fail to see climate change as their government’s top priority. A leader who drops the UK’s legally binding 2050 net-zero target, fails to implement policies today to make the economy, transport and food production greener, and chooses not to lead global climate action, will be unelectable in two years time.

Corrupt and foolish he may be, but Johnson led the charge, in many ways, for climate action in the UK and globally. His potential successors are lily-livered individuals whose populist calls for little or no climate action will spell disaster for everyone.

[See also: Can humans adapt to drought in a drying world?]