It’s finally over. Boris Johnson’s resignation ends three long, dark years of national shame and international ignominy. He will leave No 10 this autumn not because of some policy dispute or political gaffe, but as a victim of his own moral turpitude – the first prime minister in living memory forced to resign in disgrace.

I, for one, feel not a shred of sympathy for the man. His tenure has been an unmitigated catastrophe for this country. He has wrenched the UK out of the European Union through lies, perfidy and the hardest of hard Brexits – one for which he had no mandate. Generations of Britons will suffer the baleful consequences.

He has wrecked relations with Europe and the US. He has made Britain a global laughing stock. He has all but ruined the economy. He has betrayed millions of imperilled Afghans. He has criminalised hundreds of desperate refugees. He has trashed Britain’s global reputation by breaching solemn international treaties.

At home he has conducted what the constitutional historian Peter Hennessy has described as a “bonfire of the decencies”. He has broken the law. He has violated every standard of public life. He has torn the country apart and fomented hatred with his politics of division. He has practised cronyism bordering on corruption – rewarding donors and loyalists with jobs, honours and lucrative contracts. He has defended bullying, predatory sexual practices and improper lobbying. He has sought to destroy independent institutions, neuter watchdogs that threatened him, and curtail the right to vote and protest. He has governed through populist lies, vacuous photo-ops, headline-grabbing gimmicks and negligence. 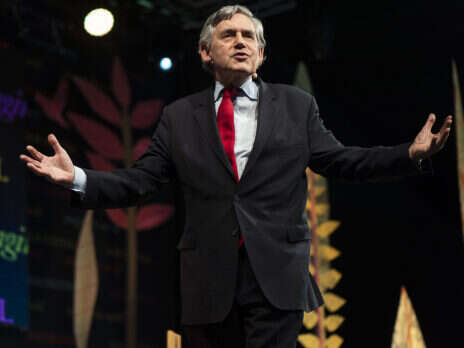 At every turn he has put his own selfish interests above those of the nation. Yes, he won the 2019 election with a “stonking” majority, but his opponent was the unelectable Jeremy Corbyn. His purported achievements – the Covid vaccine and Britain’s robust support for Ukraine – pale in comparison to the immense damage he has caused.

And yet the national nightmare is not quite over. Given all of the above, it is outrageous that Johnson should be allowed to choose the time and manner of his departure instead of being drummed from office straightaway.

How can a man whose closest cabinet colleagues, whose own MPs have finally admitted that he is unfit for office, be allowed to retain the most powerful position in the country for three more months? It is extraordinary that he should be able to, as he has told allies, plan to stay on until the Conservative Party conference in October – that the nation must wait three months for a real leader.

Why can a proven liar and manifest incompetent who has so clearly forfeited the country’s trust and confidence, who has squandered all his moral and political authority, be permitted to stay in office at a time when the country faces multiple crises – soaring inflation, plunging living standards, a plummeting pound, collapsing services, public sector strikes, the Ukraine war.

How can we tolerate for many more weeks a prime minister who has appeared so deluded, so divorced from reality during the past few days, and who has displayed an almost Trumpian desire to cling to office?

On a more practical level, how can Johnson govern when his government is no longer functional? When so many of his ministers have resigned, and so few of his MPs are still willing to serve beneath him? When his party is rapidly fragmenting into umpteen rival factions and will be convulsed by the long, vicious battle to succeed him?

Johnson will still have to take decisions that have a direct bearing on the country’s future – notably on cutting taxes, raising spending, the hotly contested Northern Ireland protocol, which puts a trade border between it and Britain, and the prosecution of the war in Ukraine. Knowing Johnson, he will do so with both eyes firmly on his legacy, not on the national good.

How much better to have a caretaker prime minister than allow this charlatan to remain in office another day. Yes, even Dominic Raab, who performed quite creditably when Johnson was battling Covid in 2020.

There is one other consideration. If allowed to remain in office, Johnson could use the powers of his office to influence the coming battle for the leadership of the Conservative Party, to assist his preferred successor. That battle will be another aberration, another insult to the long-suffering British public.

For the third time in six years a tiny, thoroughly unrepresentative electorate of 358 Conservative MPs and fewer than 200,000 predominantly ageing, right-wing, well-off party members will be choosing Britain’s next prime minister. Yes, that’s the same electorate that put Johnson in power in the first place, knowing full well that he was deeply flawed.

Britain deserves better than this. After 12 years of Conservative rule, and three years of grotesque Johnsonian misrule, it deserves an immediate general election. It deserves the chance to sweep away Johnson’s dreadful populist experiment, to consign his awful apostles – Priti Patel, Jacob Rees-Mogg, Nadine Dorries – to well-deserved political oblivion, and to eject all his many other enablers in a corrupted parliamentary party so the country can start afresh.

[See also: Who will replace Boris Johnson as Conservative leader?]