Pitch invasions were, until recently, the glorious no-man’s land between stolid, rule-abiding football supporters and the anarchy of hooliganism. To clamber over the advertising boards and cavort on the carefully mowed grass during a once-in-a generation cup win was the most delicious sort of transgression. My football-devoted mother and I shared sacred moments genteelly invading pitches with thousands of others when our club, Portsmouth, celebrated rare successes in the early 1990s. Stewards watched blankly on, knowing we were only there to dance, sing and studiously avoid the defeated opposition players as they fled from the pitch.

Judging by the past week, those opposition players are no longer being studiously avoided. Pitch invasions appear to have changed. On Sunday (22 May) the Aston Villa goalkeeper Robin Olsen was assaulted by Manchester City fans during a pitch invasion after City retained the Premier League title. Last week a Nottingham Forest fan was jailed for running on to the pitch and head-butting Sheffield United’s Billy Sharp, while the Crystal Palace manager Patrick Vieira kicked out at an Everton fan following a post-match pitch invasion by home fans at Goodison Park. The trouble predates this recent spate, however, with sporadic violence happening all season, and last summer’s European Championship hosted in a bacchanalian fog.

At a press conference on Tuesday Gareth Southgate, the England manager (and the nation’s concerned uncle), furrowed his brow and did what he does best: offer a thoughtful answer to a knotty, societal question his predecessors would have shirked. “It’s a reflection of where we are as a country,” he said. “It’s a difficult time for people. We are going to have more difficult times because of the economy… but we have to look at what we are doing in terms of parenting and how we want to be viewed as a country.”

Aside from Southgate’s line about football reflecting society being so well-worn that it borders on truism, broadly his comments were wise and true. Certainly, the joint diagnosis of economic pain and falling parental standards neatly fits his philosophy of progressivism fused with individual responsibility.

There are numerous social factors at play. Cocaine and its anaesthetising power has played a part. At both Fratton Park, my team’s ground, this season and at Wembley during the Euros, the loos were dusted in a fine coating of it, and trains carrying fans were littered with empty bags.

Some, such as the Guardian’s Jonathan Wilson, have also blamed the copycat effect of social media. A condensed calendar of season finales and play-off matches has ensured ample chance for fans to imitate and outdo each other over the past fortnight. Others continue to cite the end of Covid-19 rules, which implies a nation of semi-caged, barely sentient men (and it is always men), confined to their homes for two years, now unable to watch live sport without throwing each other down the stairs or attacking professional footballers. And on it goes.

It’s mostly just sad, though. The authorities will act to try to prevent the invasions — whether through netting, fences, blocked out seats or partial stadium closures. And with it comes a sense of slippage; of an old, illicit but harmless transgression being taken away.

[See also: Rage against the regime: the Belarus ultras who stood up to Lukashenko]

Newsletters from the New Statesman View all newsletters
Subscribe for the best of our politics, international affairs, culture and business coverage, straight to your inbox
THANK YOU
Topics in this article: Football, pwfree 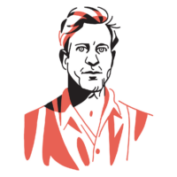 Tom Young is editorial director of the New Statesman.