I have a colouring book in front of me. It’s called Finding Gender, and it was sent to me by an activist who knows how much I love social justice and felt-tip pens. In the book, a small child and a robot go on marvellous adventures, and children and nostalgic adults get to scribble on their clothes and costumes, their hair and toys. It’s an ordinary colouring book in every respect, apart from the fact that the child isn’t identifiably male or female. Neither is the robot. The person with the crayons gets to decide what they’re wearing, whether they’re boys or girls, or both or neither.

This is how it happens. From dinner-table conversations to children’s books, the lines of gender are being redrawn. Suddenly, transsexual and transgender people – those who do not identify with the sex they were assigned at birth – are everywhere in popular culture. Suddenly, people who transitioning from male to female, or from female to male, or who choose to live outside the gender binary entirely, are no longer universally portrayed as freaks to be gawped at or figures of fun, but as exactly what they have been throughout human history – real, flesh-and-breath people with feelings and dreams that matter.

This month, Time magazine published a cover story titled “The Transgender Tipping Point”. The trend-hungry American press is toppling over with spurious tipping points, but this one is real, and it’s important.  Centuries of marginalisation mean that the statistics are still shaky, but it is estimated that between 0.1 and 5 per cent of the population of earth is trans, genderqueer or intersex. Whichever way you slice it, that’s millions of human beings. As a species, we have come up with space travel, antibiotics, so it seems rather archaic that so much of our culture, from money and fashion, love and family is still ordered around the idea that people come in two kinds based roughly on the contents of their underpants. 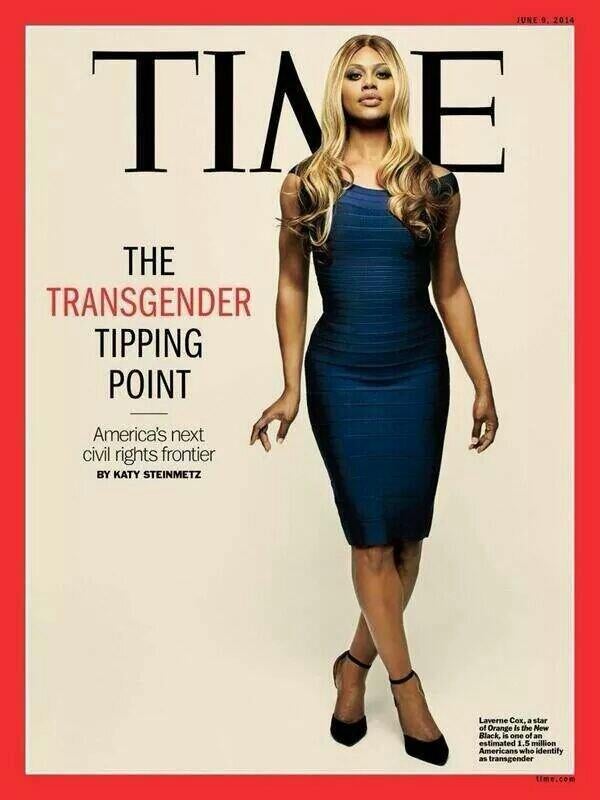 Laverne Cox on the cover of Time magazine.

Something enormous is happening in our culture. In the past three years, and especially in the past twelve months, a great many transsexual celebrities, actors and activists have exploded into the public sphere. Some of have taken the brave step of disclosing their trans status after they were already household names, like American presenter Janet Mock, rockstar Laura Jane Grace, athlete Fallon Fox, Oscar-winning director Lana Wachowski or activist and former soldier Chelsea Manning.  Others have simply become successful without hiding or apologising for their trans status, like sassy British columnist Paris Lees, or actress Laverne Cox, star of Orange Is The New Black, who graced the Time cover as one of a new generation of breakout trans stars.

At the same time, the internet is making it easier for members of a previously isolated section of the population to find and support one another. Until recently, the threat of violence, coupled with the relatively small visible number of trans people, meant that coming out was a fraught, complicated process. It often meant moving away from your hometown, finding a community in a city, changing your job, your school. Transgender people in isolated or rural areas found it very difficult to make connections with others who might be able to understand their situation and offer advice. A great many trans people waited decades before deciding to transition in public- and some attempted to keep that part of their lives secret forever, at great personal cost.

The network changed all that. Partly because of the internet, and partly because of a new wave of transgender role models, more and  more people are coming out as trans, and they are doing so younger, and their friends and families now have the language to understand what that means. As celebrated trans author Julia Serano told me over email, “The truth is that trans people exist and our lives are fairly mundane. In the U.S., the number of transsexuals is roughly equivalent to the number of Certified Public Accountants. Nobody views accountants as exotic or scandalous!”

Not everyone is born a boy or a girl and stays that way. A significant minority of the population is born intersex, meaning that they are not clearly assigned as biologically male or female when they are born, and many more are transgender, meaning that they do not identify with the sex they were assigned at birth, and sometimes choose to change their physical appearance with hormones or surgery.

If gender identity is no longer a fixed commodity, that affects everybody. Not just those who are transsexual, their friends, families and colleagues, but everybody else, too. If gender identity is fluid – if anyone can change their gender identity, decide to live as a man, a woman, or something else entirely, as it suits them – then we have to question every assumption about gender and sex role we’ve had drummed into us since the moment the doctors handed us to our panting mothers and declared us a boy or a girl. That’s an enormous prospect to consider, and some people find it scary.

I’m crossing my fingers that in ten years’ time, most of this article is going to look dated. I won’t have to waste words explaining to you, for example, that “cissexual” or “cis” simply means “not transsexual”, in the way that “heterosexual” means “not homosexual or bisexual”.

Changing words changes the world. The word “cis” is both necessary and challenging, because previously, people who weren’t transsexual were used to thinking of themselves simply as “normal”. If being cis, in Dorothy Parker’s terminology, isn’t normal but merely common, that changes everyone’s understanding of how gender shapes our lives, individually and collectively.

Of course, “cis” covers a lot of bases. A great many cis people experience gender dysphoria to some degree, and a great many women, in particular, experience the socially-imposed category of “womanhood” as oppressive. I’m one of them, and that’s why I believe trans rights are so important to feminism – and why it’s so dispiriting that some feminists have been actively fighting the inclusion of trans people in anti-patriarchal and LGBT politics. The notion that biology is not destiny has always been at the heart of radical feminism. Trans activists and feminists should be natural allies. 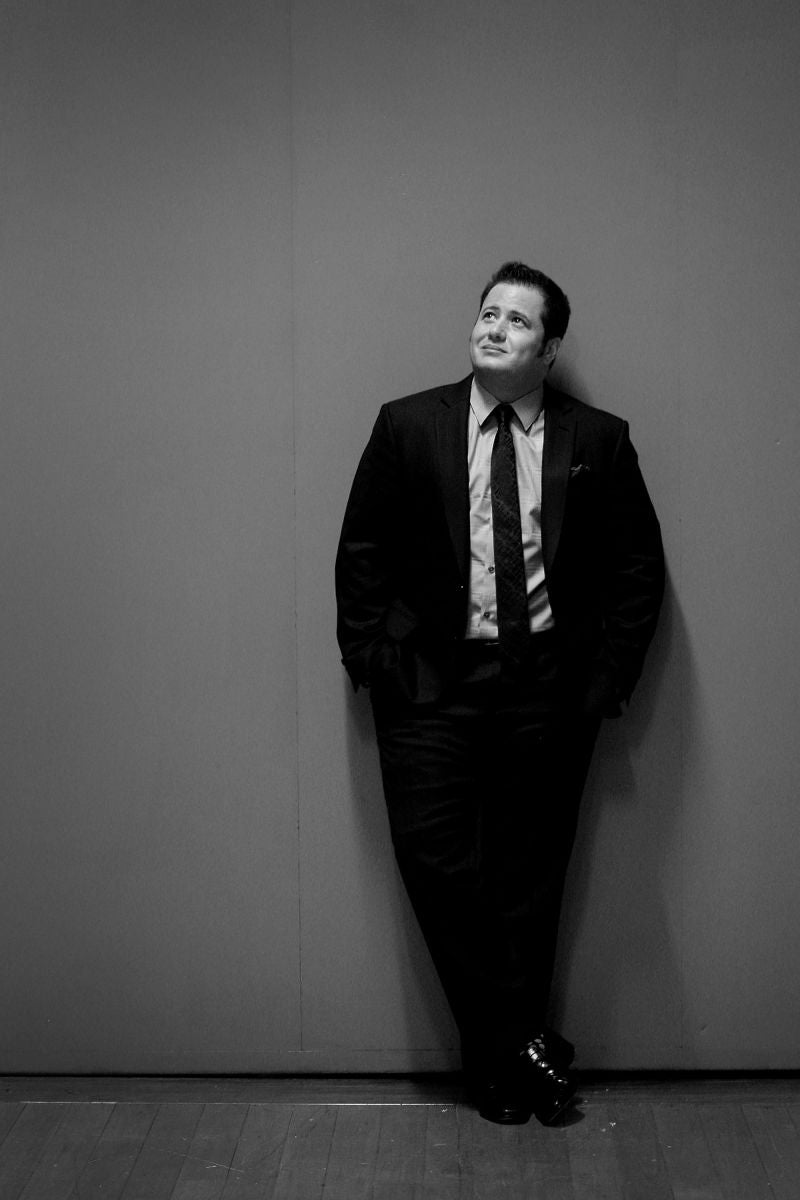 It is increasingly clear that gender is not a binary. Unfortunately, we’re living in society which has organised itself for centuries on the principle that it is, and that everyone who disagrees should be shouted down, beaten up or locked away.

For centuries, it was standard practice was to compel anyone who didn’t conform to the rigid roles set out for their sex – from gay and transgender people to women who were too promiscuous, angry or “mannish”- to do so by force and medical intervention. Generations of activism have fought this type of gender policing, but for the transgender and transsexual community, that sort of bullying is still an everyday reality. Trans people are more likely to be victims of murder and assault than any other minority group – recent studies suggest that 25 per cent of trans people have been physically attacked because of their gender status, and hundreds of trans people are murdered every year. Up to 50 per cent of transgender teenagers attempt suicide. That of course, is what violence and prejudice are designed to do. They’re designed to make people hate and hurt themselves, to frighten them out of being ‘different, to bully and brutalise any perceived threat to the social order out of existence.

Explaining why this is so significant is hard for me, because I’m about as close as you can get to the trans rights movement without being trans yourself. I’ve been associated with trans activism for years, and while I don’t know what it’s like to be harrassed, threatened or abandoned for being transsexual, most of my close friends do. Right now, I’m watching the rest of the world begin to understand the community that has become my home, and it is incredibly exciting – but it’s frightening, too, because the backlash is on.

Even as reports come in that the Southern Baptist Convention, an influential American religious lobby, has made it official policy to oppose trans rights, even as the anti-trans opinion pieces mount up,  I’m watching my trans friends and colleagues attacked and harassed online, made to fear for their jobs and their safety. With greater visibility, the stakes are even higher – and sadly, some sections of the left, including feminists like Sheila Jeffreys and Janice Raymond, have allied with social conservatives to attack trans people as deranged.

Time magazine is correct to call this the “new civil rights frontier”. The cultural Right has largely lost the argument on homosexuality. Those who argue against gay marriage and gay adoption are increasingly at odds with social norms, and the type of popular pseudo-religious homophobia that was common in the days of Section 28 sounds more and more frothingly bigoted. But gender and sexuality still need to be policed – and if you can no longer call gay people sinful and expect to be taken seriously, someone else has to be the scapegoat, the “other” against which “normality” is defined.

The time is coming when everyone who believes in equality and social justice must decide where they stand on the issue of trans rights – whether that be the right to equal opportunities at work, or simply the right to walk down the street dressed in a way that makes you comfortable. Those are rights that the feminist and gay liberation movements have fought for for generations, and those who have made gains have a responsibility to stand up for those who have yet to be accepted. If we believe in social justice, we must support the trans community as it makes its way proudly into the mainstream.

Laurie Penny will be in conversation with classicist and author Mary Beard on 30 July at Conway Hall, London. More details and tickets here.