Leaving aside Walter Benjamin’s essay “Unpacking My Library”, I can think of other reasons to doubt Amelia Tait’s claim that books can be reduced to their contents (Out of the Ordinary, 31 January).

As I write, I’m holding my grandfather’s palm-sized copy of Edward Fitzgerald’s Rubaiyat of Omar Khayyam. He wrote his name and “Easter 1940” inside the cover, and it immediately evokes memories of him in dressing gown and slippers, shuffling off to make Grandma’s morning tea, intoning in his Mancunian accent the opening lines of the poem: “Awake! for Morning in the/Bowl of Night/Has flung the Stone that puts the/Stars to Flight:/And Lo! the Hunter of the East has caught/The Sultan’s Turret in a Noose of/Light.”

That – the ability for evocation – is the magic of the book as physical object. 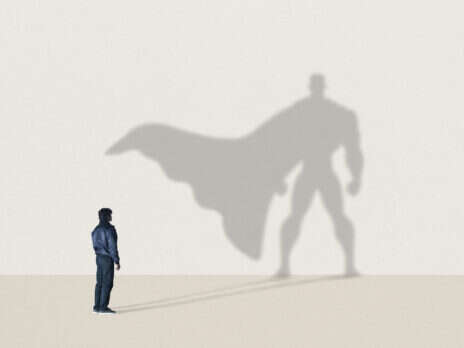 As inflation hammers the poor, we need a revolution in policy 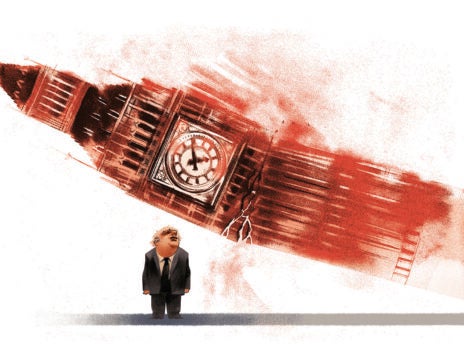 I agree with Simon Heffer that working-class Toryism has always been a prominent feature of our electoral landscape (“Rise of the new working-class Tories”, 24 January). However, his argument about how it affected the 2019 election is flawed in two ways. First, he argues for a continuity between working-class Tories in the Thatcher years – the Essex “barrow boys” with their “traders’ thirst for money” – and contemporary voters in the North, whom he claims have elected MPs “defined by their determination to improve themselves and their way of life”.

He ignores the different economic contexts of the two eras. In the former, voters were enticed by the exciting new opportunities of capitalism. But the credibility of this model was blown apart in 2008, decimating livelihoods and communities, especially in the North. Research shows that the Leave vote in these areas represents a desire to return to communitarian values and for a government that actively invests in infrastructure. The vote for Johnson was arguably determined by collective, not individualist, concerns.

The second flaw is the idea that the Tories have a monopoly on the “aspirational” vote. The starkest polarisation of the electorate was not by class but age. In 2019, about two thirds of under-24s  and less than a quarter of under-65s voted Labour. Almost by definition it is the former who “aspire”. But how can they start careers, businesses or families when their hometowns offer them little opportunity and their destinations of choice – big cities and university towns – saddle them with debt and sky-high rents?

There were good points made by Mary Harrington in her column on the loss of friendly societies and the paucity of charities in deprived areas (Another Voice, 31 January). Might this be a moment for the Labour Party, with its huge membership of over half a million, to redefine political activism? A shift from delivering leaflets to organising civic initiatives to fill the holes left by Conservative austerity?

Socialists’ focus will always be on the disadvantaged. That now means the minority who live in poverty. To win power, Labour needs to reach the majority. Social enterprises need to involve those who are doing fine, with sights set on higher ground: the aspirational working and middle class.

Reading Mary Harrington on friendly societies stirred memories of my first job with Liverpool Victoria Friendly Society in the early 1980s. Founded in 1843, the society’s raison d’être was modest life insurance policies to cover families for funeral expenses. I was responsible for working out payout amounts, collected by agents who were also tasked with selling more modern products. The payouts were weighed down by business costs and often only between £60 and £120. A funeral at that time cost about £500 and I felt ashamed we were not helping.

When I left the society in 1984, I feared for its future: the business had seemingly too high a cost base. I have been proved wrong. It seems to have come up in the world, selling a wider base of general insurance products and keeping its mutual status.

Following the withdrawal of my favoured candidate for Labour leader, Jess Phillips, I was interested to see whether Lisa Nandy would be a convincing alternative. However, anyone who uses phrases such as “skin in the game”, “calling them out”, “run towards debate” and, worst of all, “build the red bridge between Lewisham and Leigh” has not thought hard enough about the power of language. Clichés will hinder the deep reappraisal that Labour needs.

John Gray’s review of a new edition of Sun Tzu’s The Art of War is a rather disappointing exercise in orientalism (The Critics, 31 January). Gray ascribes inscrutable wisdom and strategic farsightedness to the “East” and bumbling short-sightedness to the clumsy “West”. I taught The Art of War and Carl von Clausewitz’s On War to several cohorts of military staff college students. Both tell us something profound about war and conflict. Sun Tzu’s work is favoured by proponents of the so-called manoeuvrist approach to warfare, with its emphasis on decentralised decision-making and initiative. The irony is that the Elder Von Moltke, who coined the “command philosophy” that is often associated with this style of warfare, was Clausewitz’s pupil and owed nothing to Sun Tzu.

Gray’s undervaluing of anything that the West can manage is as tedious as it is tendentious. The Chinese may have a strategy to undermine the “rules-based order”, but that order was written in a different era with different forces at play. It would be surprising if they didn’t want to change it.

I have a theory that the boot is on the other foot: the thousands of Chinese students in the West are receiving, as well as their educations, a grounding in Western values and democracy. That may be an unintended consequence for the Chinese Communist Party. Or perhaps, in a manner of which the man who wrote “warfare is the art of deception” would approve, they actually have this outcome in mind.

Reading Amelia Tait’s column about the worship of books (Out of the Ordinary, 31 January) reminded me of the magical things that have happened for those of us who are blind. Amazon made its Kindle app usable by screen readers to get Braille output and put a text-to-speech engine into the Kindle. Apple made similar commitments. My access to books was increased immeasurably. Now I get through hundreds a year on my iPad Kindle app, many of which would not previously have been available to me. Holding a book you cannot see to read gives no pleasure, only frustration.

Nicola Sturgeon writes: “[Sunset Song] quite literally introduced me to part of my own country – Aberdeenshire” (The Critics, 31 January). But it is set in the Mearns, Kincardineshire: an adjacent but distinct countryside. She goes on to say the book has taught her more than a dozen textbooks. This hints at why I see her views of the future as fantasy based on fiction. To compound the geographical confusion, I am pretty certain your accompanying landscape is in the west of Scotland.

The depressing thing about the Labour leadership candidates pretending to have their roots in the working class is that it reveals their lack of understanding of it.

Keir Starmer says he was the son of a toolmaker, a skilled job that would have been envied by the labouring classes. Rebecca Long-Bailey says Salford was devastated by the closure of the docks when she was two, a claim which does more credit to her imagination than her memory. I was the son, grandson, cousin, nephew and friend of dockers and have a more realistic knowledge about the drudgery and poverty of working-class lives than the lot of these candidates put together. There was nothing noble or heroic about it.

The working classes are not the poor downcast slaves of left-wing fancies. Typically they are proud, patriotic and with more intelligence than they are credited, aspiring to create a better life for their families. The new leader of Labour won’t win back the working class by saying falsely that they are one of them.

Matthew Engels’s article “The Lisbon lament” (24 January) states that Portugal is “Britain’s oldest ally”, based on the Treaty of Windsor signed by Richard 11 in 1386. However, the long-lasting Auld Alliance between Scotland and France was signed in 1295. So the oldest British alliance would seem to be with France rather than Portugal.

About 50 years ago the NS published a letter of mine declaring that “we liberals are buoyed up with unsinkable optimism”. I am unsunk, and my pumps are just about still working, but too many liberals have been successfully bamboozled by the wily Tories.  That falsely seductive label “neoliberalism” enlivened a word virtually defunct. Now we have twigged the truth: that it means Thatcherism.

I was delighted to see the number of articles by women writers in your last issue (31 January). If only they wrote more letters too!

We reserve the right to edit letters

This article appears in the 05 Feb 2020 issue of the New Statesman, Europe after Brexit