My path to becoming a Labour voter was pretty typical. Brought up in a working-class home with a dad who was a trade union representative, at 18 it was almost inevitable that Labour got my vote.

For over 20 years I remained loyal. Despite my disagreements with the party over the years – most seriously over Iraq – I held my nose in hope of a radical, hopeful Labour remerging.

Along came Corbyn and a renewed optimism for a strong, socialist and sincere Labour Party. One that really represented the values that so many Labour members in working class communities were crying out for. One that spoke truth to power, even if that truth wasn’t always the best route to power. Straight talking, honest politics – if you will.

I paid my subs to my local party, went to meetings, did my bit. 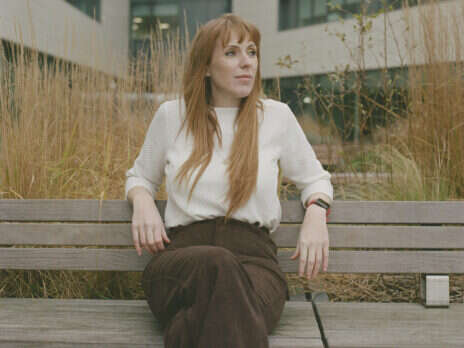 But like many others, last week I left the Labour Party. For the first time, I voted for Plaid Cymru.

It was difficult. A decision not taken lightly. A decision which I never would have expected to have made not so long ago.

It wasn’t an overnight awakening, but a slow relentless realisation that the Labour Party were too confused, lost and inward looking to speak for me.

Of course, Brexit was a factor. As much as I try, I can’t hide from the Brexit psycho-drama. I don’t think anyone can deny that the party suffered as a result of its (if I am being sympathetic) lack of clarity on the issue.

But it’s not Brexit in and of itself that is the problem, but how it has paralysed the party. Its radical edge blunted by its Brexit incoherence.

Don’t get me wrong, like the majority of Labour members, I voted Remain. And, on balance, I would support another referendum. But Brexit has become a black hole for Labour, into which all of its time, energy and focus is being sucked in.

It was the space opened up by Plaid Cymru’s clarity that really engaged me. Their leader, Adam Price, offered a hopeful vision of a future where Wales could stand on its own two feet.

Like I said, my decision wasn’t an epiphany, but the end of a journey. It started with the “Cofiwch Dryweryn” phenomenon. A few months ago, someone knocked down a wall with a piece of 1960s Welsh language graffiti on it. This graffiti said “Remember Tryweryn”, commemorating Liverpool City Council’s decision to flood a Welsh-speaking village of Capel Celyn in the Tryweryn valley, close to where I live.

Over decades, this somewhat inconspicuous little wall has become a national symbol. Its destruction sparked a chain of copycat memorials all over Wales. Social media was buzzing. You could feel, something was happening. A re-ignition of Welsh identity.

A radical left-wing future for our nation, a rejection of the Westminster politics that has got us into this mess, a reason to be hopeful for our future – Plaid Cymru was speaking my language (metaphorically, that is).

The infectious optimism of the growing Welsh national movement contrasted more than ever with the in-fighting and Brexit-born negativity of the Labour party.

The more I heard from people like Adam Price and Liz Saville Roberts the more I questioned whether Labour were really offering the answers to the big questions.

Me, a nationalist, supporting Welsh independence? I had never even considered it. In fact, “nationalist” was a dirty word to me. But this wasn’t nationalism as I knew it.

Radical, hopeful, welcoming. Maybe this was what I was looking for.

Locally, Plaid Cymru were dealing with the issues that mattered day-in day-out. Boring stuff, yes. But important stuff. Housing issues and university jobs – they were there. Organising, acting and delivering.

But Labour continued the in-fighting. From the town council to Westminster, it was always so inward looking.

Labour tied themselves into a knot over Brexit that they seemingly can’t undo. The straight-talking politics we were promised seems to have been discarded in favour of a position that by trying to appeal to everyone, managed to please no one. In many ways, it reminds me of the Labour Party spin that I hoped we’d left behind.

So, with a heavy heart, last week I broke the habit of a life-time. And although my heart was heavy, it was also full of hope. Plaid Cymru is offering a clear, coherent and hopeful vision for Wales – a place which has put its faith in Labour for a century, but seen little reward lately. Maybe this is the start of something new for me and for Wales?