Ed Miliband needs to find a new script – that has been the response of most of Fleet Street to the Labour’s leader Budget reply. Eight months after Miliband made the “cost-of-living” his party’s defining theme (and years after he first used the phrase), commentators are desperate for him to change the subject. In part, this reflects the natural journalistic desire for novelty but it also reflects the belief that, with the economy recovering, this attack line has run its course. Yet for at least two reasons, Miliband (to invert David Cameron on Europe) is right to keep “banging on” about living standards.

First, while the gap between average wages and prices has narrowed in recent months, real incomes are still declining. As the ONS figures published yesterday show, average weekly earnings rose by 1.4 per cent from November 2013 to January 2014, 0.5 per cent below the current rate of inflation. For most people, in other words, there is still no recovery at all. And in an economy as unequal as Britain’s, the headline average (hugely inflated by high pay at the top) is an imperfect guide to living standards. Even after wages finally creep above inflation (as they are forecast to do this year), there will be no rise in real incomes for the millions of public sector workers who have had their salary increases capped at 1 per cent and for those most reliant on benefits.

For the rest, after five years of falling living standards, it will take more than a few months of growth to make up the ground lost since the crisis. In 2015, as the IFS has repeatedly pointed out, real incomes will still be far below their 2010 level, with voters currently an average of £1,600 a year worse off. As Ed Balls noted at his post-Budget briefing yesterday, this will be the first time that living standards have ever been lower at the end of a parliament than at the start (paving the way for Miliband’s “Reagan moment“). Indeed, based on the RPI measure of inflation, the OBR forecasts that wages will be flat until 2019; there will be plenty of people who feel no better off in the next decade, let alone in the next year. 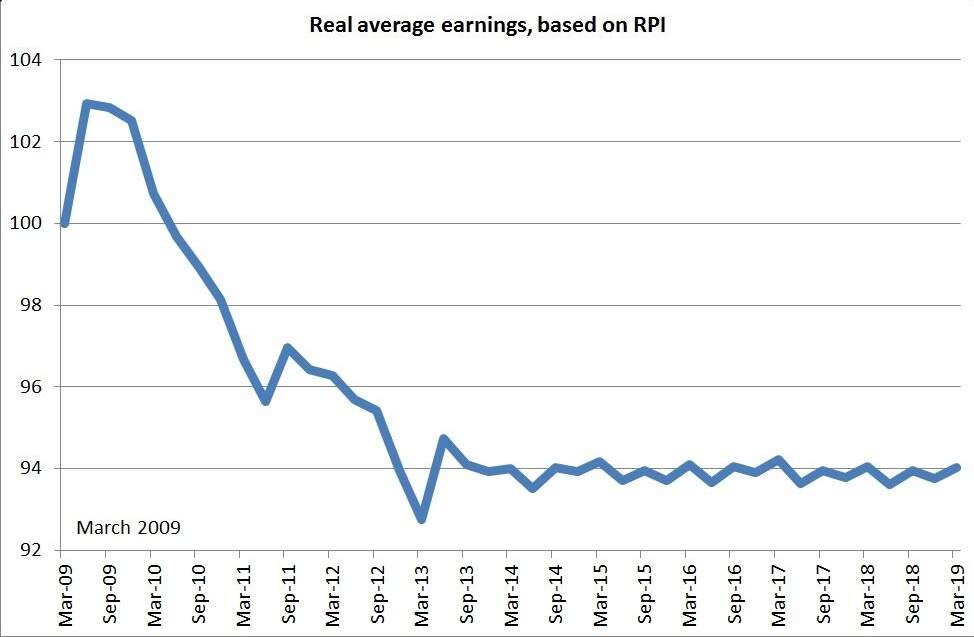 Rishi Sunak must urgently do more for the poorest

This leads to the second reason why Miliband is right to maintain his “cost-of-living” focus: voters believe Labour is most likely to make a difference. While the Tories enjoy a large lead as the best party to manage the economy and the deficit, Labour continues to lead as the party best-placed to improve living standards (with a five-point advantage in the most recent YouGov poll).

The key for Miliband is to shift political debate towards the latter and away from the former (as he did in his conference speech). It was this strategy that Barack Obama successfully deployed during his 2012 campaign. In meetings with the Labour team in London and Washington DC, Obama aides including his pollster Joel Benenson emphasised how important the president’s stance on living standards had been to victory in tough times. A report on the election by the veteran Democrat Stan Greenberg for Miliband pointed to polls showing that while Mitt Romney had led on “handling the economy”(51-44%) and “reducing the federal budget deficit” (51-37%), Obama had led on understanding “the economic problems ordinary people in this country are having” (51-43%) and on “looking out for the middle class” (51-40%). That Obama triumphed should not be surprising. As one Labour strategist told me, “for most voters, living standards are the economy”. The Tories would like nothing more than for the opposition to stop talking about how voters are worse off than they were in 2010, which is precisely why it would be madness for Miliband to do so.

If Labour is to win the election, it won’t be enough to convince voters that they’re poorer under the Conservatives. It will also need to convince them that they’d be better off under Labour. In the 2012 US election, Mitt Romney similarly resurrected Ronald Reagan’s famous line – “Are you better off now than you were four years ago?” – but the electorate stuck with Obama because the numbers were moving in the right direction and they doubted Romney could do any better. The Tories hope and expect UK voters will take the same view of Labour in 2015.

But the challenge for Miliband is continue to develop his party’s offering on wages, jobs, housing and energy, not tear up the script entirely. Labour’s “cost-of-living” strategy still represents his best hope of victory in 2015.