The latest cover of the New Statesman, featuring German Chancellor Angela Merkel as the Terminator has caused a bit of a stir in her country. We’re told by the site thelocal.de that Merkel’s office has even been asked for comment, but declined to offer an opinion on her new persona. 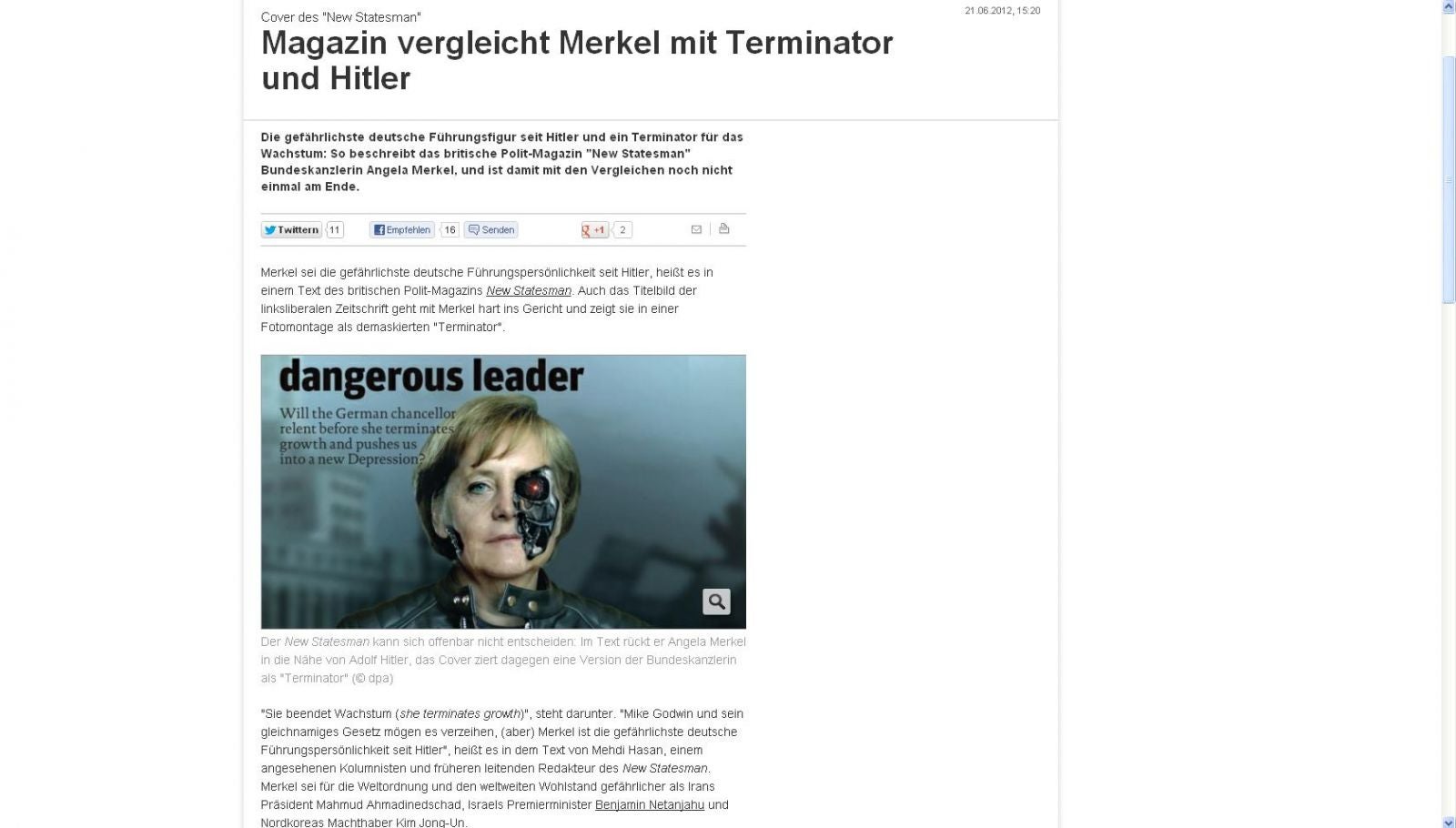 Der Spiegel has also picked it up:

Michael Gove is air-brushing black people out of history 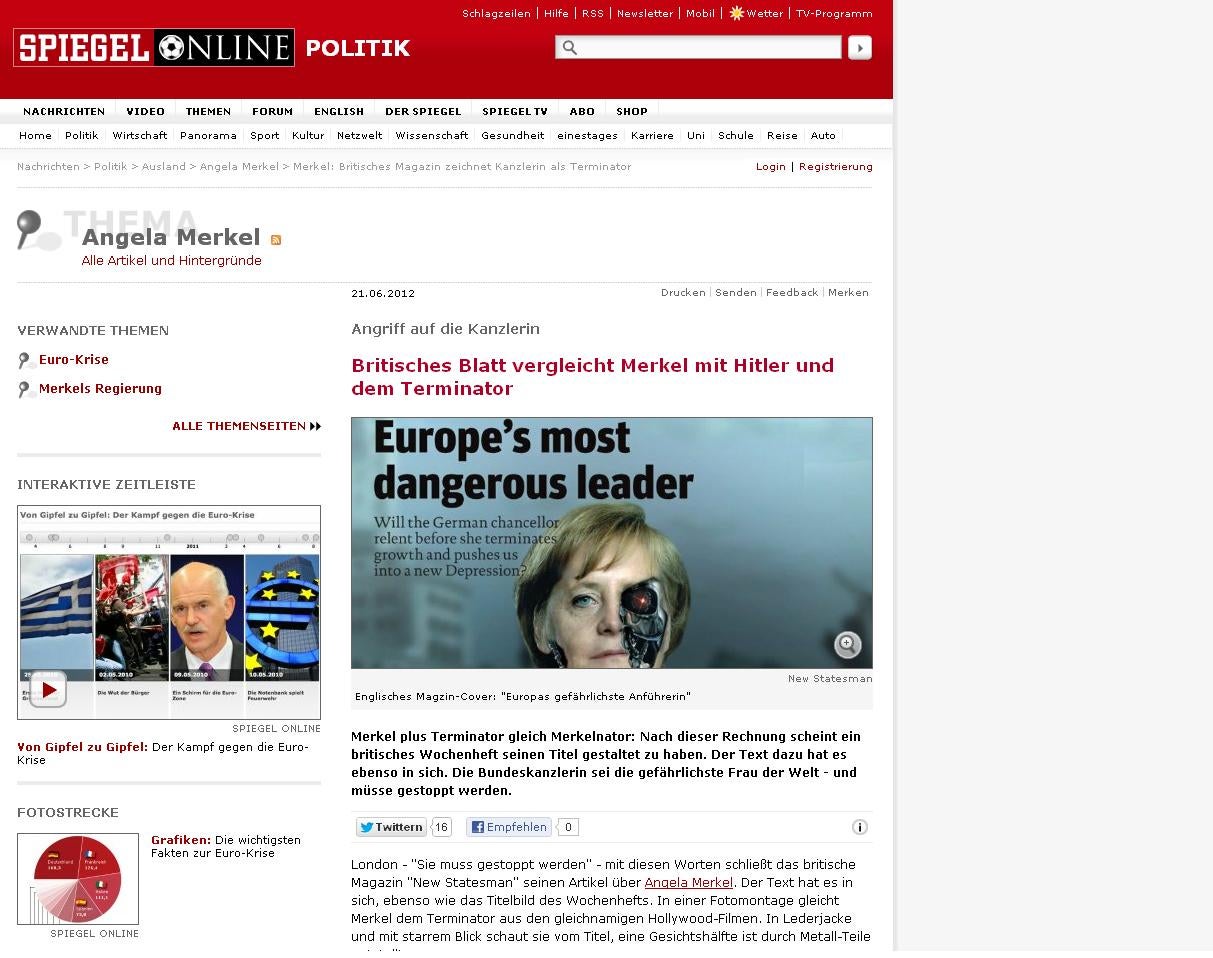 This week’s New Statesman leader makes the case for Angela Merkel to intervene and throw Germany’s economic weight behind the Euro. We argue:

“While the collapse of the euro may be averted, the danger of enduring stagnation remains. If Europe’s prosperity is not to be lost, there will be no alternative to stimulating growth. It is time Mrs Merkel acted accordingly.”