Northern Ireland has some of the most cruel and totalitarian abortion policies in the world. Exempt from the 1967 Abortion Act which covers the rest of the UK, our politicians continue to criminalise women under legislation from 1861. It is completely illegal for a local woman to access a termination, even if she has conceived as a result of rape, incest or if the foetus is so severely disabled as to be unable to survive outside the womb.

But, of course, making abortion illegal doesn’t stop women having unwanted pregnancies. Instead, we’ve established an unwritten convention in Northern Ireland that if you need a termination, you don’t tell anyone about, you leave the country and deal with it alone.

Last year, one thousand Northern Irish women were recorded as having had abortions in English clinics. However, it is estimated that the real figure will be at least double that as women give fake names and fake addresses at the clinics for fear of being tracked down by Northern Irish police.

It’s the ultimate NIMBYism. Northern Ireland gets to pretend that we’re a god-fearing land of innocent virgins and dutiful Christian wives. We get to look down on the English as inferior heathens whose women run wild. Then every year when the numbers come out that another thousand or so women have made a fearful, lonely journey on a budget flight across the Irish Sea, we scratch our heads, feign momentary confusion about what this says about Northern Ireland’s laws and then refuse yet again to alter the 150-year-old legislation. 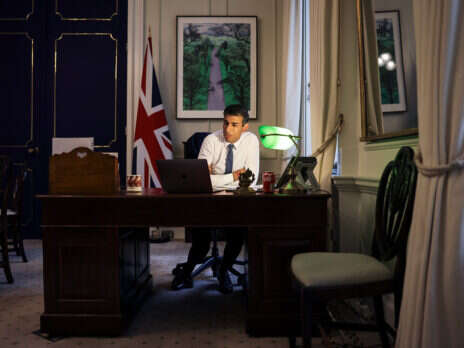 Will Rishi Sunak finally stand up to the Brexit fanatics?

However, this policy of turning a blind eye to women and simply hoping they’ll slip away quietly to England is being pushed to its limits. Increasingly, it’s an option that only the very affluent can avail of. A class divide is growing within the abortion debate.

Last week the English Court of Appeal upheld a ruling that NHS England and Wales does not have to give free abortions to Northern Irish women. The case was brought by an 18-year-old girl and her mother who had to leave Northern Ireland to access a termination for the girl when she was just 15. After travelling to England, she was told that she wasn’t entitled to the free service in England because she had a Northern Irish address.

The girl told the court that it costs just under £1,000 for Northern Irish women to access an abortion in England; including the price of a return flight, hotel accommodation and the procedure. For all but the most affluent women, raising such costs at short notice is impossible.

However, the court ruled that NHS England is entitled to refuse Northern Irish women the free procedures. English funding should prioritise English patients. Northern Ireland’s failure to help women is not England’s problem.

The judge found that this did not amount to discrimination because the services are illegal in Northern Ireland, therefore women could not be ‘deprived’ in England of something that they were not legally able to access in their own jurisdiction.

The ruling was a brutal blow for Northern Irish women. Criminalised in our own country, those who do try to escape to England can be turned away.

The judgement will only fuel a growing class divide in Northern Ireland when it comes to abortion. For affluent women who can afford the £1,000 to access an abortion in a private London clinic, getting help is still an option. That they are forced to make a lonely, often distressing trip to England by themselves is still unutterably cruel, but on a practical level it is feasible.

As is often the case with discrimination, the poorest have no option to but to face the harshest effects of the law, whilst well-off people will be able to cushion themselves and circumvent the restrictions. Women and girls from poorer backgrounds will simply be unable to stump up the steep sum.

Shortly before the Court of Appeal’s ruling on NHS England, news broke back in Belfast which proved that the threat of criminalisation is not merely idle rhetoric. It was revealed that a Belfast woman is to go on trial charged with helping her young daughter obtain abortion pills in Northern Ireland.

It will be the first such trial in years and is a horrific reminder to women of the consequences of what can happen to them if they are caught trying to terminate in Northern Ireland. The charges reinforce why so many try to escape to England access legal abortions rather than attempt illegal, backstreet alternatives at home, but as the Court of Appeal has just insisted, unless they can pay, they’ll be turned away.

Abortion should be a right in Northern Ireland full stop. But whilst our politicians still fail us, it is immensely disappointing that NHS England is now making it a financial privilege.