On Sunday in Northern Ireland, a man was shot dead while clutching his three-year-old son in his arms. He was shot in broad daylight in front of scores of shoppers in a Sainsbury’s supermarket car park. Eyewitnesses allege the killer was an unmasked man, who blasted several bullets at point blank rage, while the victim was holding his toddler son, before disappearing into the crowd of bank holiday weekend shoppers.

Investigations are ongoing into the deeply disturbing murder. The Northern Irish police say they believe the victim was a prominent member of the local loyalist community and that his death may be connected to local paramilitary feuds.

The horrific murder comes at a particularly poignant time for Northern Ireland, which exposes the reality of the rest of the UK’s relationship with the region. For the last week, we have seen English politicians and media outlets splash their outrage about Jeremy Corbyn’s supposed IRA sympathy across headlines and news bulletins. The Labour leader has been accused of supporting the armed Republican movement, due to meeting various key figures during the Troubles conflict (he says he condemns all bombing by loyalist and IRA actors alike).

Conservative politicians and right-wing media, from The Sun to The Daily Mail have self-ordained themselves as the voice of the Northern Irish people. They have expressed outrage at Corbyn’s supposed slight against victims of the conflict. Yet they have been silent on this weekend’s attack, which has hardly been mentioned.

“Special, but not exclusive”: will US/UK relations be damaged by Liz Truss? 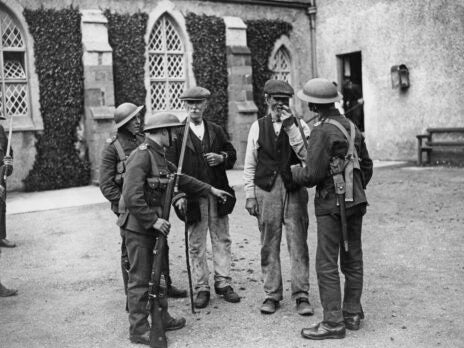 There are many serious and difficult conversations which must urgently be had about Northern Ireland and the continued threat and activity of paramilitary groups. These include whether we need a truth commission to be established, whether current police resources under austerity are adequate to tackle the threat, and how paramilitary groups continue to be armed and operating, often in broad daylight.

Yet, we in Northern Ireland know we will never get these conversations with the English. Instead, the conflict is only ever mentioned by English politicians in order to make cynical points about their own politics.

It is difficult to find the words to express how insulting it is to see the English media debate what Corbyn may or may not have done decades ago, while remaining eerily silent on a suspected paramilitary murder here just days later.  This weekend’s murder throws once again into sharp relief how little the English understand, or care to understand, the reality of the Northern Irish conflict and its legacy.

For the English, Northern Irish people and our trauma are produced like a dark and menacing prop in elections for a bit of excitement. Then we are set aside, with none of our concerns or issues actually addressed, once the English news cycle has moved on. I imagine few in England understand how insulting that is to Northern Irish people, or how damaging to our peace process, but I imagine fewer still will care.