In June, during England’s original lockdown, a stat began flying around social media: that suicides had increased 200 per cent under lockdown.

“Suicide figures are up 200% since lockdown… Could two friends please copy and repost this tweet?” read the original tweet on 29 June, shared by prominent figures including ESPN reporter Dave McMenamin, sports promoter Eddie Hearn and Labour MP and former frontbencher Dawn Butler (who has since deleted her tweet).

The stat is false. Thought to derive from a warning on 6 May by the UK mental health charity Sane that calls to its helpline had increased 200 per cent since lockdown began, it was quickly debunked by fact-checkers such as Full Fact.

The latest official stats we have for suicides in the UK are only for deaths registered in England and Wales in 2019, before the pandemic hit. Deaths by suicide for Scotland are published yearly, so we can’t expect the 2020 figures until next year, and the latest figures we have for Northern Ireland are provisional for 2019. 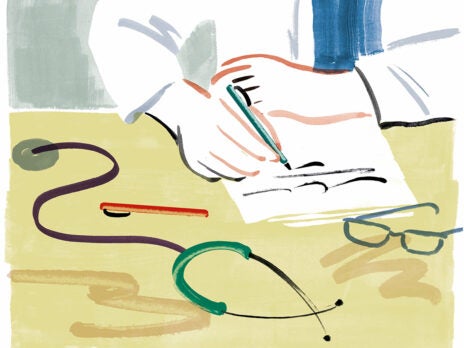 There is provisional data on suicides officially registered in 2020, such as figures released by the Office for National Statistics (ONS) on suicides of healthcare workers in England and Wales recorded in the first six months of 2020. But these should be treated cautiously. Such deaths are only registered following an inquest, which means many will have actually occurred in 2019, pre-dating coronavirus. As the ONS notes: “Only a small number of deaths registered in the first six months… occurred during the same year.”

“There’s no evidence to suggest that suicides have gone up” during the pandemic in England, says Jacqui Morrissey, assistant director of research and influencing at Samaritans, the charity whose helpline for people in emotional distress was quoted in the erroneous tweet.

Yet if you search for that false “200 per cent” figure now, it is still repeated numerous times every day on social media. The BBC online disinformation reporter Shayan Sardarizadeh calculated that it was tweeted 42,000 times in less than ten hours after the original tweet was posted.

One of the Samaritans reporting guidelines for journalists writing articles about suicide is to “be mindful of statistics”. It warns that using “trend” data can be “problematic”, because suicide rates in a single year can fluctuate. It’s better to identify patterns from three years or more of data to avoid exaggerating suicide’s prevalence.

Suicide is preventable and has complex multiple causes; suggesting otherwise can be dangerous as well as inaccurate. “There is evidence that alarmist, speculative pieces can heighten the risk of suicide,” says Morrissey. “What we don’t want is for people to feel the situation is hopeless, and we don’t want a narrative which makes them feel there is no other option, because of course that isn’t true, suicide is not inevitable.”

Aside from a lack of official statistics, there is also no sign of a pandemic-related rise in suicide in the studies that are currently available.

An international analysis of suicide trends in high-income areas, including England, published on 12 November in the British Medical Journal suggested “either no rise in suicide rates” (in Massachusetts in the US, Victoria in Australia, and England) or “a fall” in suicide rates (in Japan and Norway) during the early months of the pandemic. The picture was less clear in lower-income countries (for example, reports from Nepal suggested a rise in suicides, whereas the opposite appeared to be true in Peru). The report also warned: “Overall, the literature on the effect of Covid-19 on suicide should be interpreted with caution.” In Japan, a recent increase in suicides has caused the government to increase its annual suicide prevention budget by roughly 40 per cent.

The National Confidential Inquiry into Suicide and Safety in Mental Health – an ongoing project at the University of Manchester, which has been collecting in-depth information about all UK suicides since 1996 – found “no evidence of a rise post-lockdown”. It used anonymised “real-time surveillance” systems to compare levels in the pre-lockdown period of January-March 2020 with April-August 2020.

This study added the caveat that “these findings do not rule out higher figures in some areas or as a result of a future economic downturn”. It also found the post-lockdown figures “higher than in the equivalent period in 2019”, but concluded this was due to improvements in its data gathering, and a general, longer-term rise in suicide rates.

Indeed, suicide rates have been rising in the UK since 2018, a year when they reached their highest level since 2002, and reversed a period of continuous decline since 2013.

While there is no data showing the pandemic itself triggering a higher number of suicides, it is still vital to focus on mental health support, early intervention and suicide prevention work at this point.

“We want to be at the prevention end of this, supporting people who are struggling right now,” says Morrissey.

“Over the past couple of years, suicide rates have been rising and we would expect that rate, unfortunately, to continue to rise unless action is taken,” she adds. “But that is about a longer-term trajectory, not specific to what is happening at the moment around the pandemic.”

Recession and unemployment are known to exacerbate the risk factors for suicide, so there is concern about the “ultimate, longer-term effect of the pandemic” unless suicide prevention is prioritised.

Such preventative work includes a secure financial safety net, signposting and raising awareness of mental health services in the NHS, and ensuring the community and voluntary sector – so stretched by the pressures of the pandemic – is sustainable. Many people seek help from a number of different sources, which include local support networks as well as the health service and other public services.

“We know the pandemic has had a serious detrimental impact on people’s mental health, and there are a lot of studies and data that show that,” says Morrissey. “We need to ensure we’re putting all the support in place so that does not lead to a rise in suicide over the longer term.”

[See also: The other epidemic: how coronavirus triggered a surge in mental illness​]

As the initial lockdown took its toll, the New Statesman reported on the psychological impact of the pandemic in May, when it emerged that the number of people suffering from high levels of anxiety had almost doubled since the end of 2019.

The first six weeks of the pandemic and lockdown had a major impact on the UK population’s mental health and wellbeing, including a rise in suicidal thoughts, according to research by the University of Glasgow – the most thorough examination of this issue to date.

According to the study, suicidal thoughts increased over the first six weeks of the UK’s lockdown, and had been experienced by one in ten (9.8 per cent) by the end of this period. Other suicide risk factors, such as feelings of anxiety and levels of defeat and entrapment, decreased across the same period of time. Depressive symptoms and loneliness remained relatively stable but were also adversely affected in this period.

Looking at the demographics in this study reveals worse mental health outcomes during the pandemic for women, young adults (aged 18-29), people from more socially disadvantaged backgrounds, and those with pre-existing mental health conditions. Young adults were more likely to report suicidal thoughts, at 14 per cent, than people aged 30 and above.

“My concern is that these suicidal thoughts are being triggered by the economic uncertainty and social disconnection created by the pandemic,” says Professor Rory O’Connor, chair in health psychology at Glasgow University’s Institute of Health and Wellbeing, who is leading the study. “We are continuing to track the suicidal thoughts of adults across the UK, as they may be an early marker of risk.”

The key message from his findings so far is that “we are not all in the Covid-19 pandemic together”, he warns. “The young and vulnerable are being most affected. I am particularly concerned about the longer-term impact on young people’s mental health and wellbeing.”

Some initial analysis of autopsies during the first two months of lockdown suggests some people did not access mental health support when they needed it. An August study of 67 autopsies in Oxfordshire found a significant increase in deaths caused by drugs and alcohol, and a rise in suicides, when compared with the same period in 2018.

While it is “open to speculation” whether this increase in substance misuse was a result of the social and economic turmoil caused by lockdown (as the “underlying reasons weren’t overtly stated”), some of the suicides were more explicit, found Professor Ian SD Roberts of the Department of Cellular Pathology at John Radcliffe Hospital in Oxford, one of the pathologists behind the study.

This study only focused on 67 coronial autopsies in one mortuary during the first eight weeks of lockdown, so it is difficult to extrapolate any general conclusions. But Roberts and his team are currently gathering and analysing data from across the UK to find out more. “I would expect our local observations to be mirrored in the national experience,” he says. “But we won’t know until we’ve analysed the data.”

What the confusion over suicide in Covid-19 Britain does reveal is a lack of fast, accurate and in-depth data to draw from. Jacqui Morrissey at Samaritans is calling for a “national, comprehensive real-time surveillance system”, which can give detailed, anonymised data about suicides among different groups across the country, such as young people, or disadvantaged middle-aged men, for example.

“It’s really important that we understand what is going on around suicide,” she says. “But we have to make sure we’re not giving the wrong messages out, which could heighten risk and put people off seeking help.”

In the UK and Ireland, Samaritans can be contacted on 116 123 or email jo@samaritans.org or jo@samaritans.ie. International helplines can be found at www.befrienders.org.