A British man could become the first person in the world to be cured of HIV through non-surgical means, after he was treated with a pioneering new therapy designed to eliminate the virus.

The 44 year old HIV-positive man, who recently participated in a 50 person clinical trial, was the first to show no signs of the virus in his bloodstream after being administered a full course of the treatment.

HIV, which stands for ”human immunodeficiency virus,“  mainly occurs after sexual acts without a condom or from infected needles, wrecks havoc on the immune system by destroying T cells and has proven difficult to treat for researchers.

Though HIV’s replication can be minimised using antiretroviral drugs, it can hide away in dormant cells from targeted therapies, eluding even the most advanced treatments to make it an almost impossibly difficult infection to get rid of. 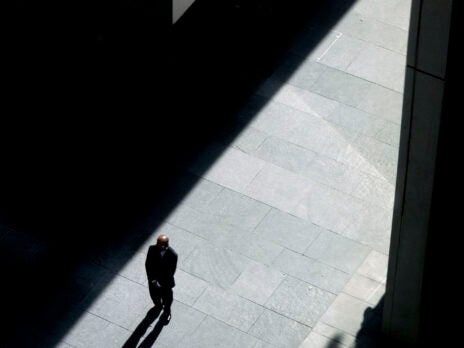 The new therapy consists of a concoction of antiretroviral drugs, a new drug called Vorinostat and a vaccine, which tackle the virus in a two-stage process termed “kick and kill”: the antiretroviral drugs act to repress HIV replication, while the vaccine and Vorinostat work together to identify HIV-infected cells and reactivate T cells made dormant by HIV, making them identifiable by the immune system. Once identified, a number of cells can act together to kill the HIV-infected T cells. It means that HIV can no longer hide from targeted drugs, as the new therapy ensures all parts of the body are reached.

Speaking to the Sunday Times, Mark Samuels, managing director of the National Institute for Health Research Office for Clinical Research Infrastructure said: “This is one of the first serious attempts at a full cure for HIV. We are exploring the real possibility of curing HIV. This is a huge challenge and it’s still early days but the progress has been remarkable.”

As promising as the results are, scientists have cautioned that there have been a number of cases in which a patient has appeared to be cleared of the virus, only for it to re-emerge after a period of time. Results from the remaining patients in the trial will be required to determine how significant the treatment’s effect is and whether it is a viable option for wide scale use.

One of the key things to look at will be whether antiretroviral drugs can be removed from treatment; as it stands, patients are resigned to taking the drugs for life, as they manage the virus rather than wholly remove it. Given that the drugs still remain in the mix, it suggests that there is a possibility the virus may not be completely removed from all patients in the trial. In the event that success is found amongst other patients, caution will again need to be exercised as much larger clinical trials, involving thousands of people, will need to take place.

However, with almost 37 million people infected by HIV globally, any sign of progress in the fight to tackle the disease should be met with some optimism.