On 31 January the parenting platform Mumsnet hosted a Q&A with the MPs Stella Creasy and Caroline Nokes. At least half of the questions posed by Mumsnet users were concerned with one particular question, phrased in a variety of ways: “What is a woman?”

Writing in these pages, Marie Le Conte detailed the backlash she encountered on Twitter when she described these Mumsnet users “radicalised” and “obsessed”, given their apparent preoccupation with political and social questions relating to transgender people. Le Conte wonders why feminists can’t put aside their differences on this question in order to work together more effectively.

There is no doubt that this is an issue that takes up a remarkable amount of airtime, particularly in feminist spaces, despite the fact that the number of trans people in the UK is small, probably between 0.2 per cent and 0.7 per cent of the population. There is also no doubt that this is a group of people who often face serious adversity, including street harassment and high suicide rates.

Unfortunately, there are some policy questions that necessitate a difficult and sometimes painful balancing of rights, primarily between trans women and natal women. For instance, should trans people be permitted to choose which prison estate they are housed in? And if so, how much gatekeeping should be in place to protect against bad actors? 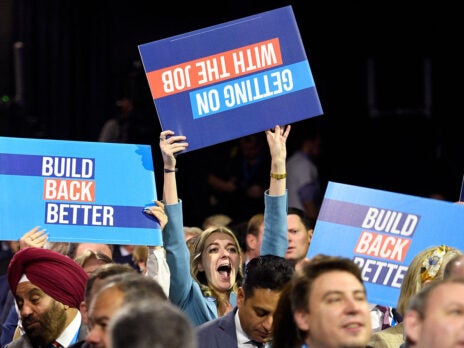 Such bad actors do exist. Take Karen White, a trans sex offender who was housed in New Hall women’s prison in Wakefield, West Yorkshire, in 2017 and was later convicted of sexually assaulting several fellow inmates. But it’s also true that, in terms of absolute numbers, non-trans sex offenders pose a monumentally higher threat to women than do trans ones.

So why are so many people “obsessed” with an issue that concerns such a small number of people? Why is it that allegiance to one or other “side” is now announced by the inclusion of pronouns in one’s email signature, or the refusal to do so? Why is this question tearing the Labour Party apart, along with so many other institutions? Why is this tiny population caught up in so much culture warring?

There are some people who care hugely about the nitty gritty of safeguarding policy in relation to, for instance, prisons. And maybe Marie Le Conte is right that a few others have been “radicalised” by the anger of the online discourse. But I think the primary reason that this has become the pre-eminent culture war issue, and not just among feminists, is because there is a particularly large gap between the political statements that trans activists ask us to repeat (“trans women are women”, for instance) and what most people intuit to be true.

It just feels very weird to look at a person who appears to belong to one sex and describe them as belonging to the other, or else to none at all. Some people are able to overcome that feeling of weirdness, in their efforts to be compassionate. But others feel, even if only quietly, that they are being asked to insist that water isn’t wet, on pain of social censure, or even losing their jobs, depending on the professional circles they move in. Such consequences are common enough to produce a chilling effect on free speech.

I take a fairly cynical view of free speech as it works in practice. For all of the highfalutin rhetoric, only a minority of people are genuinely motivated to protect the speech of those they disagree with, and still fewer would imitate Voltaire’s (paraphrased) principle and “defend to the death” a person’s right to speak as they like.

Speech has always been controlled by people in power, often with violence. The British journalist and author Ed West has suggested that the period from roughly 1968 to 2010 should be understood as a historical blip, during which a changing of the guard — with the old conservatives replaced by the new liberals — produced conditions that permitted an unusually high degree of ideological freedom.

Monty Python’s Life of Brian could not have been made before the 1970s, given its blasphemous themes. But nor could it be made now, given the “Loretta” scene in which a man identifying as a woman is played for laughs. As West points out, “this is not some dark new age of cancel culture… it’s just a return to normality.” All societies restrict speech. The question is, which speech, and to what ends?

Here is the site of contestation, and the reason for the intensity of the debate over trans issues. The trans movement is a logical extension of the post-60s liberalism that champions the individual’s desire to be free from all restraints — first social and now biological. We should all be free to be whoever we want to be, so the thinking goes, and other people need to bend around us, acting and speaking in accordance with our wishes. It is a radical project, and it has not yet fully succeeded.

Compelled speech is nothing new, but there is an important difference between “God save the king” and “men can get pregnant”, since the latter is a factual claim that can only be made true through a radical redefinition of what those terms meant until just five minutes ago, in historical terms. And yet if you Google “can men get pregnant” the almighty power of the tech giant that is currently the second most valuable company in the world will answer you definitively: yes, yes they can.

Human beings can live with a lot of cognitive dissonance. We all know how to self-censor, and have almost all adjusted to this century’s new speech codes, but some compelled speech is too outlandish to win out — at least, not without a fight.

Newsletters from the New Statesman View all newsletters
Subscribe for the best of our politics, international affairs, culture and business coverage, straight to your inbox
THANK YOU
Topics in this article : Culture wars , Feminism