David Frost, the Brexit minister, made a remarkable speech in Lisbon, Portugal, on 12 October, in which he posed in front of some curtains and ripped apart the Brexit deal his discredited predecessor David Frost struck with the European Union two years ago.

Aside from the spectacle of a cabinet minister denouncing his own agreement on trade rules for Northern Ireland, the speech was notable for two reasons. Firstly, it took place in the British ambassador’s luxury residence in Lisbon (there’s even a pool) – another demonstration that the days of jet-setting government travel opportunities are back  – and secondly because, like the badgers during the 2013 cull, Frost moved the goalposts again.

No longer is the UK government fighting the sausage wars. It is the jurisdiction of the European Court of Justice (ECJ) over the people of the region that is the new target for London’s fury. Frost’s speech was about as welcome in Europe as a dead cat would be if your Australian dinner party host suddenly slapped one on the table midway through the soup course.

The Times has a good summary of the continental press reaction – Spain’s El País reported that Frost had “escalated the conflict with Brussels by demanding drastic changes”, a view shared by Germany’s Süddeutsche Zeitung. The Bruno Waterfield and Oliver Wright, the Times journalists, also report concerns in European governments that new front over the role of the ECJ is a “diversionary issue”, with one source telling them that the court’s role is so vital to full single market access that without it, the protocol will be dead. That, of course, may be the point.

What does Michael Gove want? 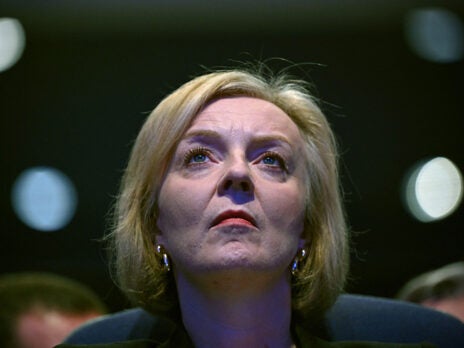 But assuming for a moment that Frost and his boss Boris Johnson actually do want to fix the issues in Northern Ireland, what, as Le Monde asks, are they playing at? British officials insist there’s nothing new in the ECJ demand, adding that Frost is in regular contact with his EU counterparts, who shouldn’t have been surprised.

At the Conservative conference in October, the former Northern Ireland secretary Owen Paterson challenged Frost over when he will trigger Article 16, because the conditions for suspending the protocol had clearly been met. Paterson was speaking for many unionists, as well as Brexiteers. Frost replied that the EU had been far more flexible since the Brexit deal was struck than ever seemed possible during the negotiations themselves. This, he said, provided cause for optimism.

The bloc’s chief negotiator, Maroš Šefčovič, will set out his own blueprint for resolving the difficulties in the protocol later on Wednesday (13 October). According to briefings from the European Commission given to Politico and others overnight, they include: virtually barrier-free access to food products (including sausages); plans to ease customs checks on goods, and enabling the free flow of NHS-approved medicines into Northern Ireland. Crucially, Šefčovič’s offer is expected to include some movement on the question of the democratic deficit. How can it be right that the EU is able to impose rules on 1.8 million people who don’t have any say over them? Whether the Commission’s proposals go far enough for Frost is a different question.

But – and here is the crucial point – we are in the land of Brexit negotiations again. It is a strange world of non-papers and joint reports, flextensions, divergences, alignments, equivalences and something called “sincere cooperation”. In Brexit negotiation land, nobody ever says what they mean, positions are taken only to be abandoned or denied, deals are “oven ready” and yet still half-baked. Whatever anyone says while the talks are on in the weeks ahead, don’t believe a word of it.