The car industry in the UK is facing an extremely difficult period. Declining sales of diesel vehicles, the shift towards electric cars and autonomous vehicles and continuing uncertainty over Brexit are just some of the factors that have led some in the sector to suggest the industry is experiencing a “crisis”.

In May this year, responding to news that the number of cars built in the UK fell by almost half in April compared with a year ago, Mike Hawes, chief executive of the Society of Motor Manufacturers and Traders (SMMT) said: “Today’s figures are evidence of the vast cost and upheaval Brexit uncertainty has already wrought on UK automotive manufacturing businesses and workers.” He has previously also warned that “Brexit is an existential threat to the UK automotive industry.”

As MP for Washington and Sunderland West, home to a large car plant, I am all too familiar with the potential impact that any further decline could have on the livelihoods of many of my constituents as well as thousands in the surrounding region. The Nissan plant in my constituency was opened in 1986 and today is an integral part of the manufacturing industry in the North East, providing a total of 40,000 jobs both directly and in the supply chain.

I was a teenager at the time it was announced that Nissan would be building the plant, and I remember feeling a real sense of amazement that something so positive was coming to our area. We had been through an unbelievably difficult period under Thatcher, with the loss of thousands of jobs from major industry and an abject lack of investment in communities that were consequently suffering. 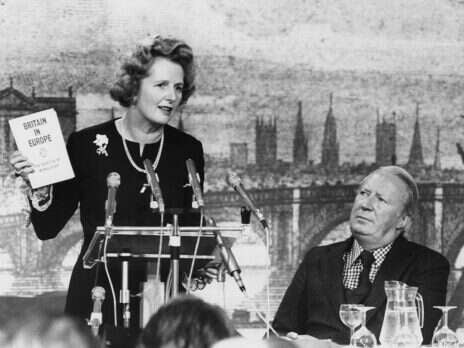 Today the plant has grown into a large site that runs two production lines and is one of the continent’s most productive car factories. Sadly, there have been some setbacks this year, with Nissan announcing it will end the production of the Infiniti brand at the plant and taking the decision to build the new X-Trail model in Japan, rather than in Sunderland as planned. After the latter decision had been taken, I wrote to the Prime Minister to outline some of the concerns I had, and to seek some assurances for the industry, including asking her to rule out leaving the European Union without a deal.

At that time, there were just 51 days to go until we were due to leave the EU without a deal in place. Although the Brexit deadline has now been extended, the threat of a “No-Deal” outcome remains, and we now have a Conservative leadership contest to look forward to in which many of the candidates are seemingly trying to outdo each other on their No-Deal or Hard Brexit credentials.

The automotive industry has been clear in laying out the risks that such a scenario would pose, and Nissan has been no different. In February 2017, Nissan explained to Parliament’s International Trade Committee that trading under World Trade Organisation (WTO) rules would mean potential new delays at the borders and a financial impact of tariffs coming in at around £500m per year of additional costs.

Whatever happens next with Brexit, the automotive industry needs the security of zero tariffs and frictionless trade to continue operating successfully in this country. That is why the Labour Party has consistently called for the government to negotiate a new, permanent customs union with the EU.

Such a customs union would be UK-wide and seek to replicate the beneficial outcomes of the EU customs union, thereby removing many of the reasons for friction at the border. However, frictionless trade can only be delivered if a UK/EU customs union is complimented by regulatory harmonisation and alignment with the single market.

The shift towards electric vehicles presents both a challenge and a huge opportunity for the automotive industry. That shift is entirely necessary as just one way in which to combat the climate crisis we are experiencing.

Earlier this year, Labour forced the government to declare an environment and climate emergency and called on them to increase support and set ambitious short-term targets for the rollout of renewable and low-carbon energy and transport. Urgent action is needed, and the current Government has been woeful in its approach to tackling this existential threat.

Nissan has been at the forefront of developing electric cars and the battery technology which they rely upon. The Nissan LEAF, produced at the plant in Sunderland for the European Market, was the best-selling EV in Europe last year, and earlier this year became the first to surpass 400,000 sales. The Sunderland plant is also the only high-volume car manufacturer in the UK making a pure battery EV and has the first UK battery plant. With sales of the LEAF up to the end of 2018 growing year-on-year, it is becoming an increasingly important model for the plant.

Frustratingly, the uptake of EVs in the UK lags behind other countries in Europe. This is in part because the government has failed to create the necessary environment in which the EV market can thrive. They have cut grants for EVs, failed to invest sufficiently in charging infrastructure, and continue to hold an unambitious phase-out date of new petrol and diesel models of 2040.

By comparison, Norway has a target of 2025 for all vehicle sales to be low emission, the Netherlands and Sweden by 2030 and Scotland by 2032. Reaching the target of either 2040, or a more ambitious one, requires significantly bolder action by the UK government.

For consumers to make the transition to EVs, they need to have confidence that there is enough charging infrastructure across the UK for them to do their usual journeys, and the price of purchasing a vehicle needs to be affordable up front, not just over time.

Currently, electric cars can cost up to £10,000 more than petrol or diesel, and last year the government cut the grant for EVs from £4,500 to £3,500. We simply cannot expect people, many of whom were encouraged to purchase diesel vehicles not that long ago, to be able to afford new EVs when they cost so much. In the Labour Party, we were strongly opposed to the Conservatives’ cuts to grants available and at the last election pledged an additional £200m to the Office for Low-Emission Vehicles.

We are also calling for a new Clean Air Act, with a network of clean air zones and an ambitious clean transport strategy to tackle illegal air pollution as a priority. We are currently a long way from achieving a widespread universal network of vehicle charging points which are both accessible and can charge a vehicle at the appropriate speed to match the location and consumer expectation. The current market-led approach is likely to lead to an unequal distribution of charging points and points being put in that may not be the most suitable in years to come.

If the government expects consumers to take the plunge and go electric, it needs to urgently set out a national strategic infrastructure plan for charging points across the UK, and support individuals with home charging and new technologies such as Vehicle to Grid (V2G) capabilities.

The move to electrification can and should be not only an opportunity for the automotive industry but for the country as part of radical action on achieving our climate change targets.It’s a hugely exciting time but it simply cannot happen without certainty on Brexit and our future trading relationships, nor without the necessary support from government in supporting the industry to thrive in the future.