Like a lot of people, including, quite possibly, you, I’ve spent more evenings staring blankly at the BBC’s rolling Brexit news coverage recently than I care to recollect. (Honestly, I watched the results of Meaningful Vote 2 live in a hotel restaurant in the Canary Islands; it’s a sickness.) There are certain oddities – the unending sense of crisis, the unfamiliar and confusing way John Bercow pronounces the word “Order”, the existence of Mark Francois – with which I have, after a fashion, made my peace, if only through repeated exposure.

But there’s another thing which, the more I’ve considered it, the odder it’s seemed to become. It’s the logo the BBC attaches to its Brexit coverage. Here it is now, look:

Can the UK really afford a trade war with the EU?

Why did the BBC decide to portray Brexit as the arm of a star falling off?

Since stars do not in fact have arms, and twinkle purely because of the effects of the Earth’s atmosphere, is the BBC trying to imply that Brexit will literally threaten the atmosphere in some way? Isn’t that a bit #FBPE?

Since the EU’s flag contains 12 stars, wouldn’t it have made more sense to show one star being removed, rather than a star which is in some sense breaking?

Is the BBC’s contention really that Britain is approximately one fifth of the EU? (It’s 15 per cent of the GDP, 13 per of population, which to be fair is closer to a fifth than a twelfth.)

Why on some versions is the British arm so much bigger than the others? What is this meant to be telling us?

What is the background of this particular version of logo meant to represent? Is it another, much bigger star? Or is it some kind of drapes?

And what is the circle on this one? Does that look a bit militaristic to anybody else? A bit like a sort of, well, target? 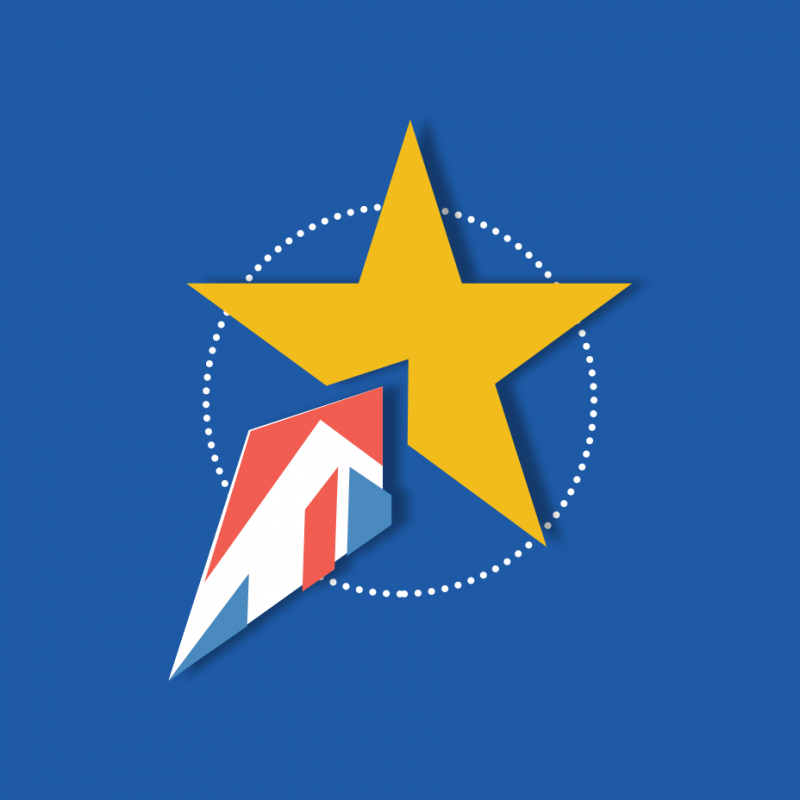 In all these logos, though, does anyone else think it looks like the British arm is attaching to, or worse, penetrating the EU star, rather than breaking apart from it?

Who in their right mind thought that a Union Jack-flavoured needle injecting a European star was in any way a good metaphor for Brexit?

Is this maybe one reason more recent versions of the logo have taken to including the word “Brexit”, so we know that what we are talking about is Brexit, a concept not really adequately communicated by the logo itself?

Was some kind of branding agency given any money for this thing?

Is it possible I have been thinking about this too long?