Leaving the European Union is being portrayed by a small segment of the British left as some kind of panacea to the effects of nearly 40 years of neoliberalism. Their “Lexit” delusion blames all our ills on the demonic institution. Some Lexiteers clutch at facts like straws. Writing in the Morning Star last week, one blamed the European Court of Justice for not stopping John Major’s Tory government from introducing a two-year qualification period to be able to claim unfair dismissal. (A subsequent Labour government reduced this to a year which was, again, reverted to two years by David Cameron.)

Obscuring the fact that the EU does not have jurisdiction over domestic legislation is dangerously misleading. Anyone with a modicum of socialist reality should be taking aim at those whose actions truly deny justice to millions of our workers: Tory governments in Westminster. Yes, Labour administrations from 1997 could and should have gone further in demolishing Thatcher’s damaging legacy. But nope, somehow in the parallel universe of the Lexiteer, the EU is to blame. In the process, the Lexit parlour-gamers give our ruling class a get-out-of-jail free card. Brussels doesn’t give a fig if British parliaments give our workers employment rights – which is why both the Tories and Labour have been able to tinker with laws on unfair dismissal. But Lexiteers don’t want the truth to get in the way of their anti-EU propaganda.

Labour’s manifesto has committed the next Labour government to the introduction of sectoral collective bargaining. It is a great pledge and a clear vote winner. My union, the TSSA, has long opposed the deregulation of our labour market. So the Lexiteer claim that continued EU membership will prevent Labour from introducing this policy simply rings hollow.

Labour’s policy is largely based on the excellent work done by the Institute for Employment Rights (IER) on this subject. But the IER prescription is based on what actually happens in many other EU states. From Bulgaria (one of the weakest economies in Europe) to Germany, the strongest, sectoral collective bargaining is the norm for many industries across the EU. Yet in the Lexit delusion, the workers’ rights paradise awaits only beyond the EU exit gates. 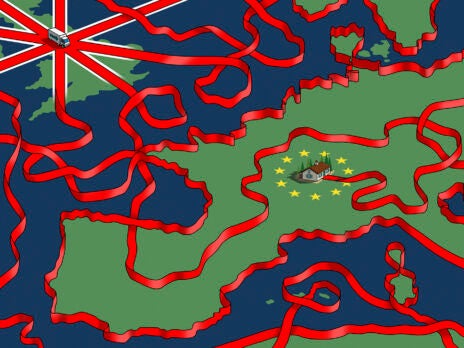 The economic cost of Brexit is only getting worse 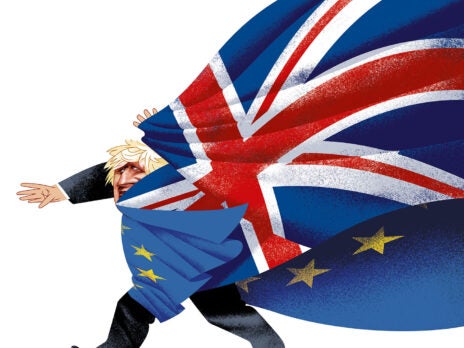 Britannia Chained: will Boris Johnson’s Global Britain ever escape the shackles of Brexit? 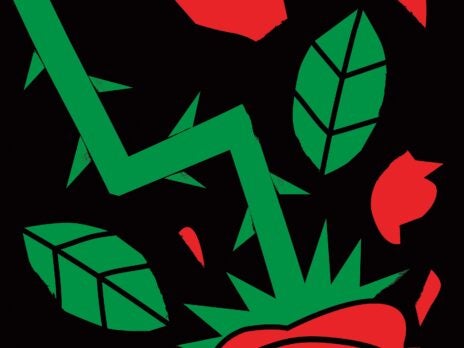 Labour’s lost future: the inside story of a 20-year collapse

Labour must now be bold enough to steer away from the Lexit and Brexit propagandists who would have us seek the unachievable. Opinion polls show increasing numbers of British people are wising up to the folly of choosing to vote with the unholy Tory-UKIP alliance of Nigel Farage, Boris Johnson, Michael Gove and their ilk two years ago. It’s clear the Tory Brexiteers faked their facts to sway political opinion. Just like Tory austerity, Brexit was a political choice forced on the UK because of a civil war in the Tory party, not because of any sort of economic necessity for Britain, never mind a progressive movement for change.

The French finance minister, Bruno Le Maire, last week hinted that France will move to block post-Brexit trade deal negotiations with the UK unless we pay off our remaining balance up to 2020 of €100bn. There is also the loss of free movement and the hefty fee we will have to pay to gain a new form of EEA/EFTA access to the single market while, madly, giving up our rights to be a democratic rule-maker in that market. Then there is this week’s warning from the International Monetary Fund that Britain’s economy is contracting. Add to that the ongoing Brexit squeeze on household incomes as inflation rises faster than wages, while the pound continues to slide and frankly, it’s time to wake up and smell the coffee. Or at least now exercise our right to a cooling-off period, so we can read the contractual small-print that will accompany any sort of Brexit.

Those arguing that all Brexit negotiating options should be left on the table – including staying put in the EU just as we are – are being accused of wanting to override the will of the people. This is profound, anti-democratic rubbish. Article 50 has been triggered and Brexit talks are ongoing. Politics remains, as it should be, dynamic. Politicians change their minds when the facts change. Even the hardline Tory Brexiteers Johnson, Gove and Fox are now signed up to a post-Brexit “transitional” period.

More importantly, voters change their minds. In 2015, they elected a Conservative government. Now a Labour surge in 2017 has condemned the Tories into cobbling together a bung to get support from the DUP just to stay in office.

Labour’s radical 2017 manifesto has swung the public mood in Labour’s favour and our party is now indeed a government-in-waiting. The day can’t come soon enough and it’s right that Jeremy Corbyn is demanding another general election. But we mustn’t squander the opportunity to skewer the Tories over the enormously reckless fiscal, social and political gamble they took with our country’s future prosperity when they played their Brexit card.

On Andrew Marr’s programme on Sunday, Jeremy Corbyn said: “We are where we are with the referendum.” I agree. But staying where we are with it doesn’t have to be our only option. Changing minds when the facts change is how we get political change. And Jeremy is one of the great narrative changers of our age.

We don’t know yet what Brexit will look like. By the time the deal – or no deal – is finalised, almost three years will have passed since the vote to leave was made. That’s a lot longer than the Tory 2015 majority lasted. Let’s treat the voters as grown-ups not ideologues. If what’s on the table damages our livelihoods and/or is a simply a free trade deal in which the EU makes all the rules, why can’t we can’t change our minds?

Voters want reality and honesty over delusion. That’s why it’s important that Labour keeps all options on the table. If as I suspect, staying within the EU is the best deal on offer in 2019, we should not deny voters the possibility of taking it. Jeremy’s past Euroscepticism, his vote against both the Maastricht and Lisbon Treaties, actually makes him the best person to renegotiate a new future for Britain in the EU, not a Brexit deal which will harm the implementation of our manifesto and our vision of a People’s Europe.

Manuel Cortes is secretary general of the TSSA union