Much of the more patriotic end of Brexit coverage has focused on the UK ruling the waves once again after leaving the European Union.

Politicians cynically evoking the emotive power of Britain’s fishing industry; campaigners staging boat-based protests dumping fish into the Thames at Westminster; The Sun’s HMS Global Britain (bound for Brussels, of course); the Telegraph’s campaign to recommission the Royal Yacht Britannia to “secure trade deals after Brexit”; and – just yesterday – an article in the Express reporting Tory MPs calling for a new royal yacht, headlined: “Britannia could rule the waves again after Brexit with plan to help strike trade deals”. 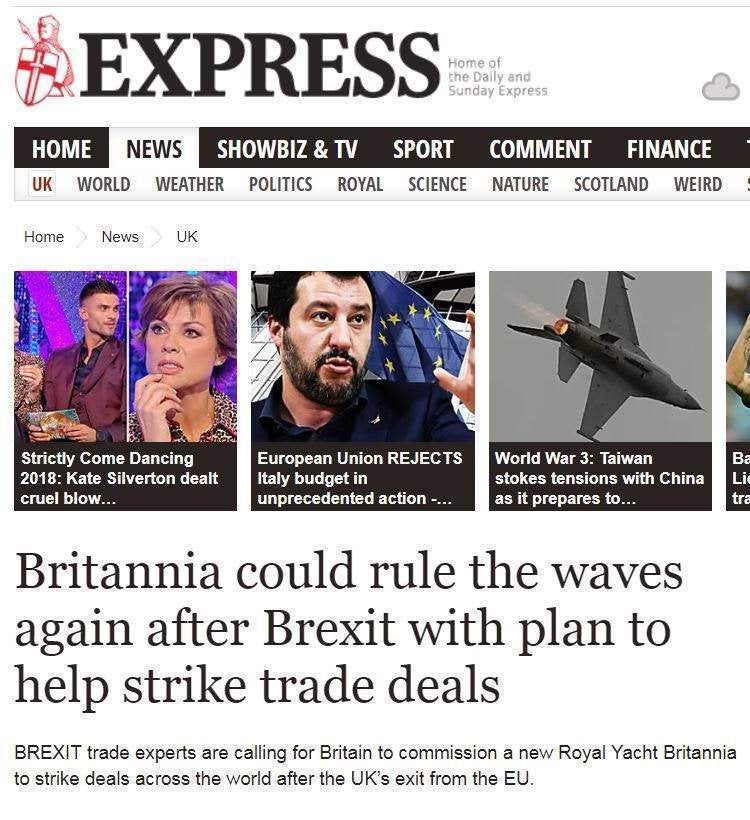 And now it looks like Brexiteers’ dreams of returning to the waves could, after all, come true – but not quite in the way they imagined.

The Financial Times reports that the government is looking at using a flotilla to ferry food and medicine to Britain, as an alternative way to bringing “critical supplies” into the country in the event of a no-deal Brexit. 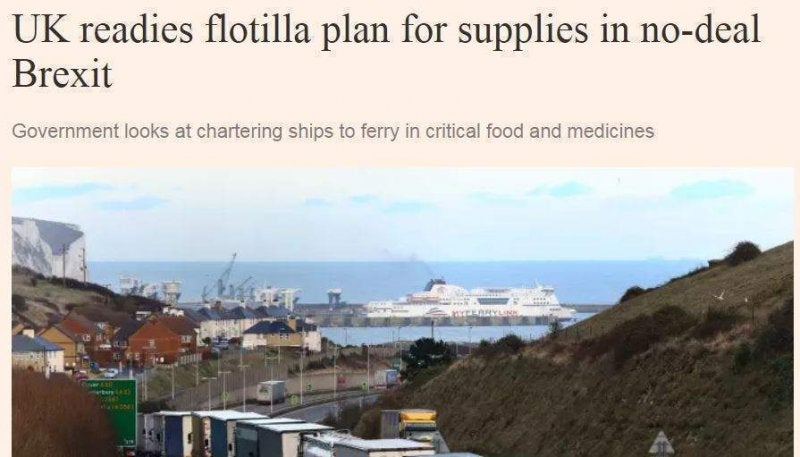 The article describes how this move was “greeted with disbelief at a stormy meeting of Theresa May’s cabinet” yesterday. Ministers were warned of a bottleneck at the key Dover-Calais route, thanks to customs controls on the EU side, forcing the UK to find new ways of bringing in perishable supplies.