In 1969, Jose Yglesias published In the Fist of the Revolution, a book about how Fidel Castro’s revolt affected the population of a small Cuban town. “It’s been out of print forever,” his grandson Matt Yglesias, an American political and economic writer, tells me over the phone. “It was well-reviewed at the time – it’s a good book, you’ll have to take my word for it – but it’s not valuable. Nobody makes any money off it. But it might be interesting if you were teaching a course on the Cuban revolution. You might want to assign a chapter to your students.”

It would be fairly straightforward, Yglesias says, to have such permissions granted: his grandfather died in 1995, but he and his father, who is also a writer, retain Jose’s distinctive surname. If an academic or other party were interested in obtaining permission to reproduce the text – as would be required under US copyright law, which lifts 70 years after an author’s death (UK and European copyright law expires after the same amount of time) – they could fairly easily track down a living Yglesias. “But a similarly obscure book by someone named Smith – you’d never be able to find out who even owns this and you wouldn’t be able to legally print it. Now if you could get the rights, they would be trivial, they’d be cheap. You’d maybe even get them for free. But doing the work is really hard.”

Such an example is why Yglesias is a proponent of books existing in the public domain – free from copyright laws – sooner than they do currently. He isn’t “dogmatic” about the exact length of time – though he references the Copyright Act of 1790, the first such federal act in the United States, under which copyright expired after a total of 28 years. The current system, he says, is “a capitalist enclosure of the intellectual commons”. Our culture benefits hugely from adaptations and re-workings of Shakespeare plays, for example, which exist in the public domain, while access to other valuable stories has been made more difficult by large entertainment conglomerates such as Walt Disney, which allegedly pressured Congress to extend copyright laws retroactively to protect characters like Mickey Mouse.

[See also: Horatio Clare on madness, misconceptions and the power of writing] 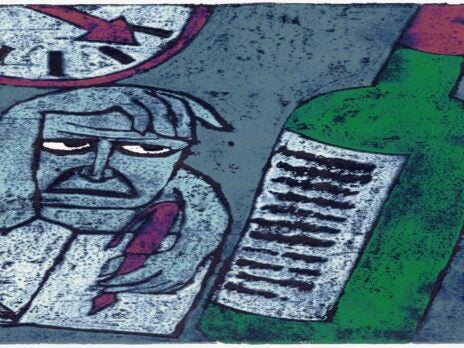 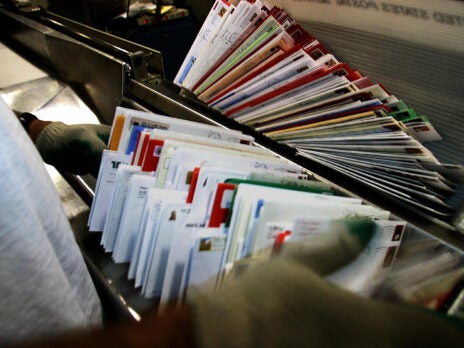 When Yglesias tweeted his thoughts (he then wrote an article on the matter for his Substack newsletter) he was unsurprisingly met with a torrent of disagreement from authors who fear such a change would affect their already turbulent livelihoods. “I’m still alive and make royalties I earned on my books. My kids should inherit my work, not be given free to freeloaders”, wrote the author Joe Lansdale. Another Twitter user pointed out that The Handmaid’s Tale was published in 1986. When the TV adaptation aired 31 years later, it brought the book back onto bestseller lists. “So you’re saying Margaret Atwood shouldn’t have been allowed to collect all those royalties?”, they asked.

Yglesias brushes such concerns aside, arguing that an author’s ability to earn money from their book is “overwhelmingly determined by its short-term sales”, and that it’s “extremely rare for a book that’s decades old to have meaningful commercial value”. “Trying to bolster writers’ living standards by extending the lifespan of the copyright,” he says, “is like increasing the winnings in a lottery instead of increasing the number of people who are able to enter it.”

Authors who rely on future royalties from their work to fund their retirement in lieu of employee pension schemes might see things differently. The idea that they should be willing to forgo potential windfalls even within their own lifetimes in pursuit of literary egalitarianism does not reflect the financial reality for the majority of those who make a living through writing. But Yglesias is not the only one to make the case for free access to books.

Public accessibility to literature is fundamental to the work of Veruschka Selbach, the managing director of Pluto Press. The London-based progressive publisher regularly offers e-books totally free of charge to readers: the sharp rise in public interest in radical feminist theory following the murder of Sarah Everard led the publisher to make Lola Olufemi’s 2020 work Feminism, Interrupted free as an e-book this week. In just 24 hours, it had over 3,000 downloads, Selbach says.

Every sale of a physical book on Pluto Press’s website also comes with a free e-book. “We know that our readers want to share,” Selbach says. “We don’t want to limit that. If you have a print book, you would share it with your friends – why not do that with an e-book? We trust our customers not to stick it up on a website for thousands of people to download, but you know what? If that happens, great! Our main aim is for people to read the books. And the more people who read the books, the more people will consider these options, and it might just change people’s mind.”

Pluto Press was, first and foremost, set up with a political mission to bring knowledge to readers, not to turn a profit. That is a lofty ideal, but Selbach accepts it needs to be balanced with an author’s right to be paid for the work they do.

“I believe that an author must get paid and be able to make a living from their work,” she says, acknowledging the flaws in Yglesias’s blanket public domain proposal. She also recognises that copyright can be used in a progressive way too: some author trusts, for example, rather than simply holding onto a writer’s financial legacy, also work to reinvest royalties into younger authors, acting as forces for good off the back of money earned through copyright.

But Selbach draws a distinction between full-time writers, like novelists who live solely off their writing, and the majority of Pluto authors, who work primarily as academics or as activists, meaning royalties are less financially critical to them.

Pluto’s long-term goal is to have at least half of its books available for free digitally, an initiative it works on with Knowledge Unlatched, an organisation which uses academic library crowdfunding to make texts free for libraries (which would usually be required to pay a license fee) and the general public.

Both Yglesias and Selbach agree that public libraries are a key resource for readers and writers alike. “The public domain to me is not an alternative to libraries; it’s a tool that libraries can use very, very powerfully,” says Yglesias. Libraries – institutions that have a non-commercial mission – benefit from having access to a non-commercial stockpile of works.

“I don’t know of any writer who thinks of libraries as some kind of scam that cheats them out of a living,” Yglesias adds. “We all love libraries and appreciate that making reading accessible is not just the right thing to do, but it’s beneficial: it creates the market. I want people to have the same attitude towards the public domain. The librarian is not trying to pull a fast one on you, or deny you a living. We’re trying to have a culture here.”