Two weeks ago I thought I was going to be the Labour parliamentary candidate for Bassetlaw. I was overwhelmed. The Labour members of Bassetlaw had placed their trust in me. I am a Remainer, living in London, and I had been given the opportunity to fight to represent the people of this wonderful place for a party that I love. A fortnight on and that has all changed.

I joined the Labour Party when my daughter Katy was nine months old. She is 17 now and supported me through the whole process of becoming a candidate, bringing me a care package of chocolate and bubble bath to Bassetlaw, and listening to my speech 100 times, to the extent she knew it almost better than I did. It is for her, and women from all walks of life, that I want to make a difference. I want to build a better future for her, and I am convinced that the Labour Party is the only party of equality that truly represents working people.

The Labour Party has become a second family for me, and it is a party that I care about deeply. It was my neighbour who encouraged me to join. He was an active party member and very much a believer that being a member was the best way of being involved in the local community.

And so it was. I was soon on the board of my local community centre and a governor at the local hospital and school. In 2011 I became a Labour councillor in Camden and served in the cabinet. 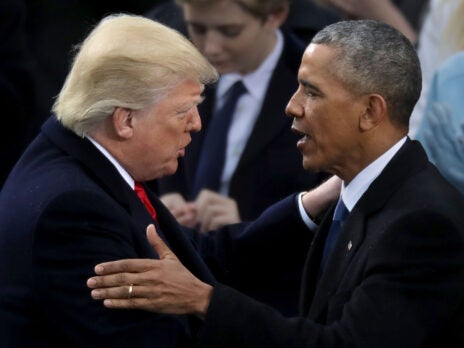 I hadn’t expected to apply for Bassetlaw, nor even to stand as a candidate at this election. But I believe that we are at a turning point for the country and that we need a Labour government to stop us turning into a low-tax state with a race to the bottom on wages and workers’ rights and with the NHS becoming a bargaining chip in trade negotiations with the US. We are a proud diverse country with so much to offer the world.

Local members wanted a moderate on the ballot paper and as the selection had reopened for women – not enough had applied –  this was an opportunity. Surprisingly, I was long-listed and then short-listed. This is a heavily Leave seat and although Scottish, I have been living in London. Maybe no one thought I had a chance.

But I fell in love with Bassetlaw and its warm-hearted, straight-talking people in a short space of time. I also offered a vision beyond Brexit of a constituency which could power the country with renewable energy as it once powered the country with coal. With its ageing population, it could be a test bed for delivering Labour’s promise of free social care. I was intending to live there if I won.

Therefore, I was astonished that five days after my winning photo was taken, I was told that Labour’s National Executive Committee wanted to interview me about complaints of my behaviour at meetings in London, which had suddenly emerged. No official complaint has ever been made about me in all my time as a member – and on the contrary I have numerous character references from my local party in Holborn and St Pancras and others attesting to my upstanding behaviour and probity in general and at meetings. My aim has always been to make our local party a welcoming place for people like my daughter.

However, a telephone interview with Momentum head Jon Lansman and several others determined I could not stand. I have been replaced by Keir Morrison, the candidate I beat, who was chosen by the NEC yesterday evening. Some outraged Bassetlaw Labour members demonstrated outside the meeting.

I know all parties stitch up selections to secure their preferred candidates, but this was of a different order. Many people have been in touch with me since it happened expressing outrage. Women and some ethnic minority men, who were treated similarly, have called me to offer their sympathy and solidarity.

It feels like the machine now running the party believes it can be as brutal as it likes, especially now a general election has been called. I love the Labour Party dearly and believe in it, but it cannot narrow its base like this. It is important there are a broad range of people representing the party and that its MPs are reflective of society.

We desperately need to defeat the Tories and secure a Labour government, but we will have difficulty doing so if we alienate our members and give natural Labour people excuses not to vote for us.