Your Mole was much amused yesterday to note this story emanating from the US media burrows: 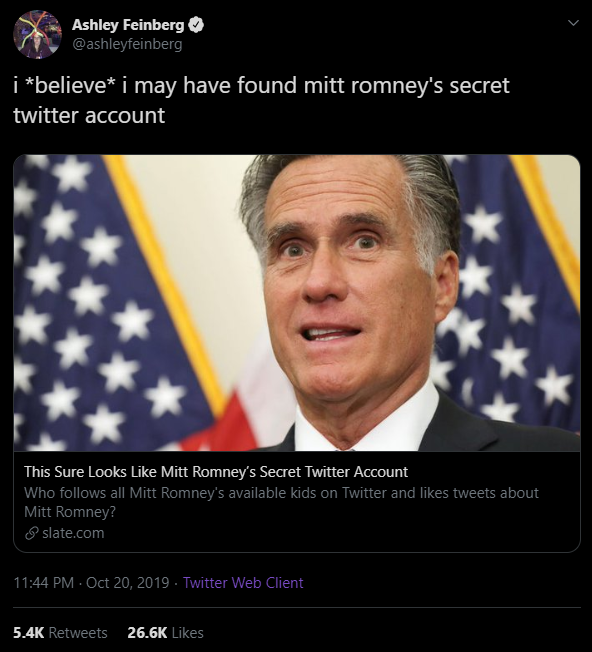 The story was a follow up to a profile in the Atlantic, in which the Republican Senator and former presidential candidate admitted to keeping a “secret Twitter account” so that he could lurk around the edges of the political conversation.

Slate’s Ashley Feinberg knows a challenge when she sees one, and based on details including the follower count and who the account was following, managed to identify Twitter user @qaws9876 – “Pierre Delecto” – as a likely candidate. By the time your mole clicked, Romney had confirmed that this was indeed him and, inevitably, locked the account.

That a significant political actor would a) want to know what was happening on Twitter, while b) not wanting to actually engage in that social media hellhole any more than was absolutely necessary, seems entirely understandable.

So, to be frank, does the fact that one of the 702 people Romney has chosen to follow was one of the greatest political commentators of his generation, our very own Patrick Maguire: We’re assuming it’s the groundbreaking Robert Kilroy-Silk interview that did it.