Coleen Rooney has revealed her secret five-month investigation into who was leaking stories from her private Instagram account to the Sun.

She describes how she blocked all her followers apart from the account she suspected of leaking her Instagram stories, and says she posted a “series of false stories” to see if they would then appear in the newspaper.

Here’s her process, in an absolutely incredible tweet that has stunned the tabloid world: At the time of writing, your mole finds that the Sun’s story about the basement flooding has disappeared: 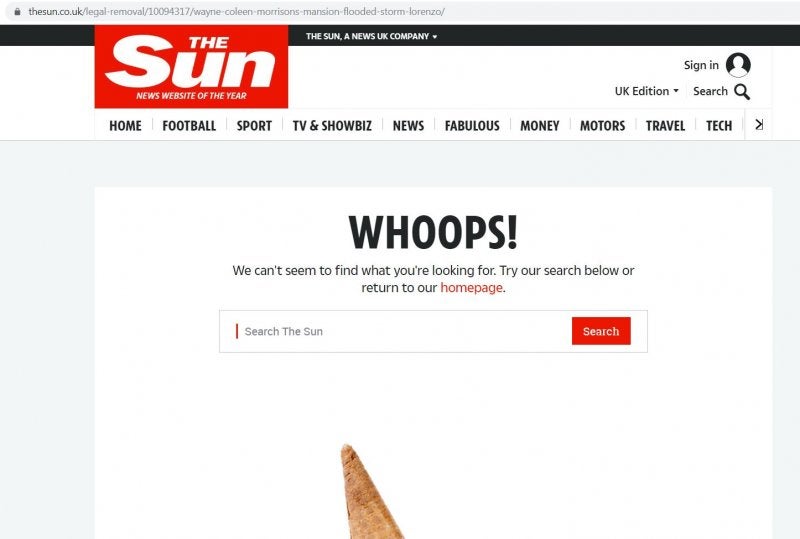 But the other two mentioned are still up: Replying to Rooney’s tweet, Rebekah Vardy sent a screenshot of her response, denying that she was involved: 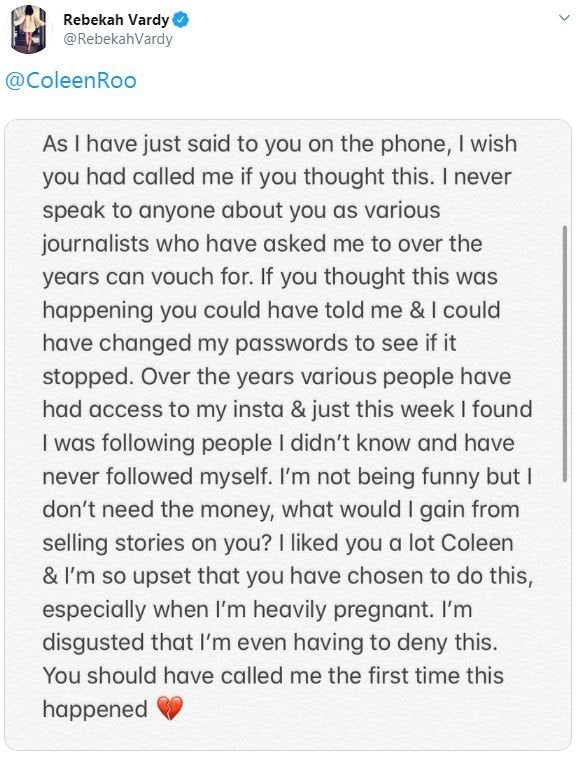