During the third course of lunch with Amanda Feilding, I make a faux pas. I ask if she still takes LSD. “That’s a question one can’t answer!” she retorts, fixing me with stern green eyes as we dine at her family’s Tudor hunting lodge in the Oxfordshire countryside. “It’s so ridiculous.”

I accept it’s not the traditional topic of conversation at the banquet table of a stately home. Yet the psychedelic drug has been central to life at Beckley Park since the 76-year-old Countess of Wemyss and March founded her own research centre there in 1996.

First named the Foundation for Further Consciousness, it was officially established as the Beckley Foundation two years later with a board of leading scientists. Since then, often working 15-hour days that begin at 5am, Feilding has become a devoted drug reform activist and a pioneer of psychedelic science. 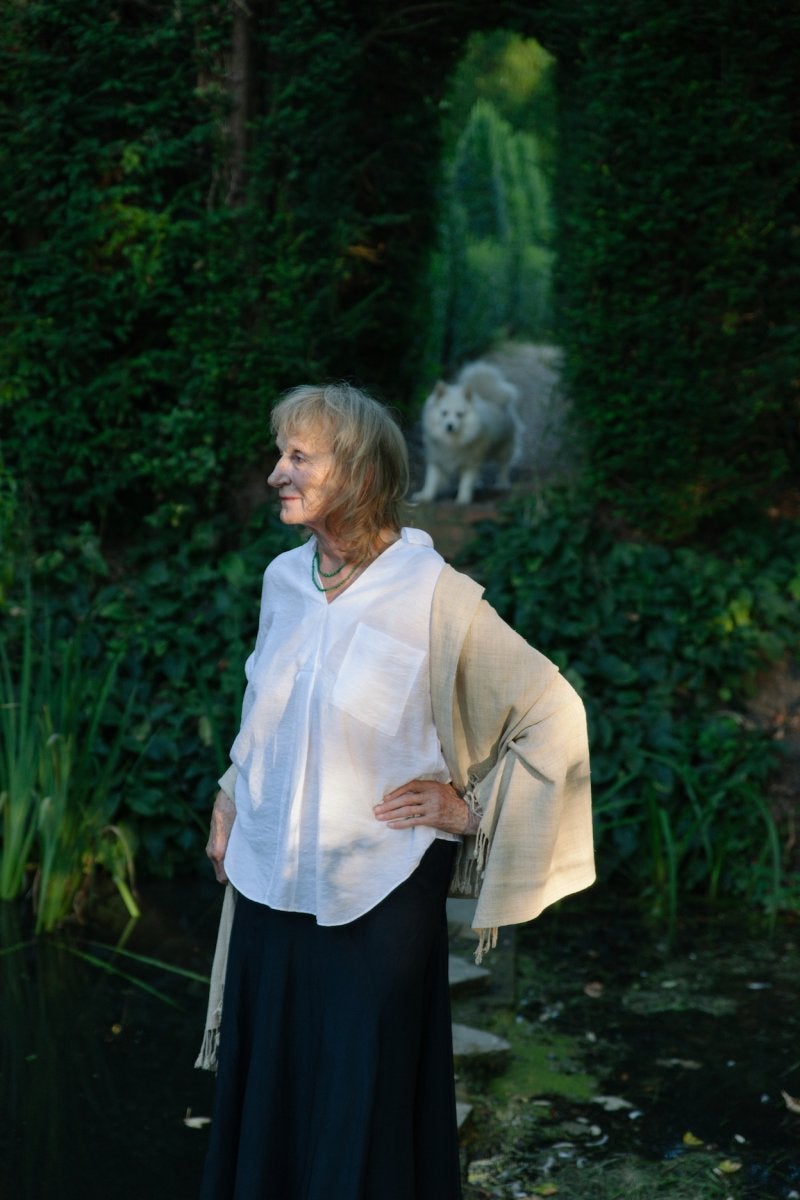 “I’ve waited almost 50 years to do these studies,” she says, putting on glasses that dangle from a woven leather band around her neck, to show me some technicolour brain scans.

Overlooked by mullioned windows and grand old paintings, we settle by a huge brick fireplace in the main chamber of Beckley Park house.

Despite the high ceilings, lined with wooden beams, it’s a cosy room – full of throws, rugs, and books piled up wherever you look. Helle, her black-and-white Border collie, pads back and forth beneath the round table between us, where an ornate pipe sits, illuminated by the fire. An ancient skull, peppered with holes, is displayed on the side. Above a cluster of muddy wellies in the hall to the kitchen hangs a long family tree (“So many of my ancestors had their heads cut off,” Feilding smiles. “I want to put little marks on it, to show each one.”)

Feilding is an atypical researcher, having left school at 16. “I probably got my passion for mysticism and consciousness when I was about eight,” she says, recalling her first “altered” psychic state in childhood while rattling around the house and grounds without toys or company.

Her education has been unconventional, encompassing travel around the Middle East and Sri Lanka (where her godfather, and inspiration, had become a Buddhist monk), independent tutorials in classical Arabic and comparative religion from Oxford dons, and – most importantly – self-experimentation.

She first tried LSD when she was 22 in Sixties London, with beatnik drug savants Bart Huges and Joe Mellen, who was her partner until the early Nineties and with whom she has two children. They devoted themselves to exploring human consciousness through these substances – even eschewing the Rolling Stones in Hyde Park to focus on research.

Small LSD doses, they discovered, improved their chances of winning at Go, the fiendishly strategic Chinese board game, and their accuracy when bowling cricket balls. Feilding trepanned herself on film, capturing the ancient practice of drilling a hole in the skull, which is thought to benefit the brain.

Even the CIA was exploring LSD’s uses before the US made possession of the drug illegal in 1968. Then “research stopped”, according to Feilding, who says the “war on drugs” has caused “more suffering worldwide than any other act”.

“I tried to find doctors and scientists to work with for the next 20 years,” she says. “But never with success. You can do a lot of research on yourself, obviously.” 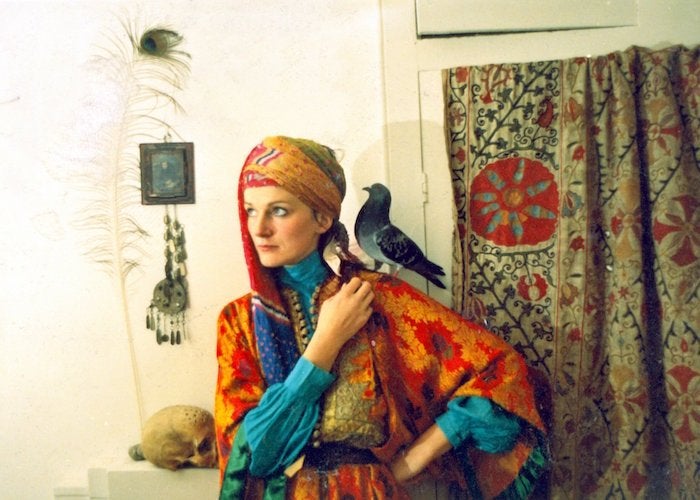 Feilding has only recently built an evidence base for her early work. Three years ago, her foundation and Imperial College London produced the first ever imaging of an LSD-influenced brain. The drug was found to limit humans’ “ego” mechanism, which could help override the rigid thinking and learned behaviours associated with depression, addictions and obsessive compulsive disorder.

Her other studies have shown the positive effects of psilocybin (or magic mushrooms) on participants with treatment-resistant depression, while a petri dish containing ayahuasca (a hallucinogenic spiritual brew of the Amazon) generated new neurons, suggesting potential for treating Parkinson’s and Alzheimer’s.

These findings marked the “renaissance” of psychedelic science, aided by the modern trend in Silicon Valley for “microdosing” with LSD to heighten focus. Yet governments class these drugs as controlled substances, making them prohibitively expensive for scientists. Clinical trials are not possible.

As the NHS and politicians struggle with Britain’s mental health crisis, Feilding is aiming to achieve a “desperately needed paradigm shift in psychiatry”. “Psychedelic-assisted psychotherapy” would give patients a dose of a mind-altering drug in a controlled environment, with a therapist on hand to discuss their thoughts.

It’s a big ambition. “I’m a workaholic!” Feilding explains, as she wraps a big yellow scarf over her head and around her green blazer to go out into the rain. The dog follows, as does another little puffball white Japanese Spritz called Luna. Her office is a 17th-century cowshed that her husband, James Charteris, 13th Earl of Wemyss, nicknamed “World Consciousness House”. There, four staff members sit at computers.

Beyond the cowshed are the beautiful grounds, overlooked by three gabled towers. Two swans – whose father “fell in love with me”, recalls Feilding – rule a moat around a central island. As a child, Feilding helped her father tend to farm animals and she later adopted a new-born pigeon, named Birdie, which she loved and raised for 15 years. “I had a very strong experience of telepathy,” she recalls. But that’s research for another day.

As we wander, Feilding chuckles at the remains of three medieval moats (“One for protection, one for fish and one for show-off?”). She is eager for her bohemian past and historic surroundings not to distract from her transformative work. Yet the Beckley Foundation’s success is clearly a product of the passion for mysticism and ancient civilisations that led her to psychedelic experimentation in the first place.

“Right from the beginning, compounds such as mushrooms were used to change human behaviour,” she says. “I think they were behind the creation, to a large degree, of language, art, medicine, music, spirituality – really helping motivate what made humans human.”