In the worst example of a politician trying to be “down with the kids” since Iain Duncan Smith did an Eminem rap on Good Morning Britain, former New Labour spin doctor and self-professed “communicator” (according to his Twitter bio) Alastair Campbell attempted to gif himself wanging on about Europe.

And this – poor, patient, noble reader – was the result:

I believe this is called a GIF. I do say it a lot mind you pic.twitter.com/lyivLhs9XT 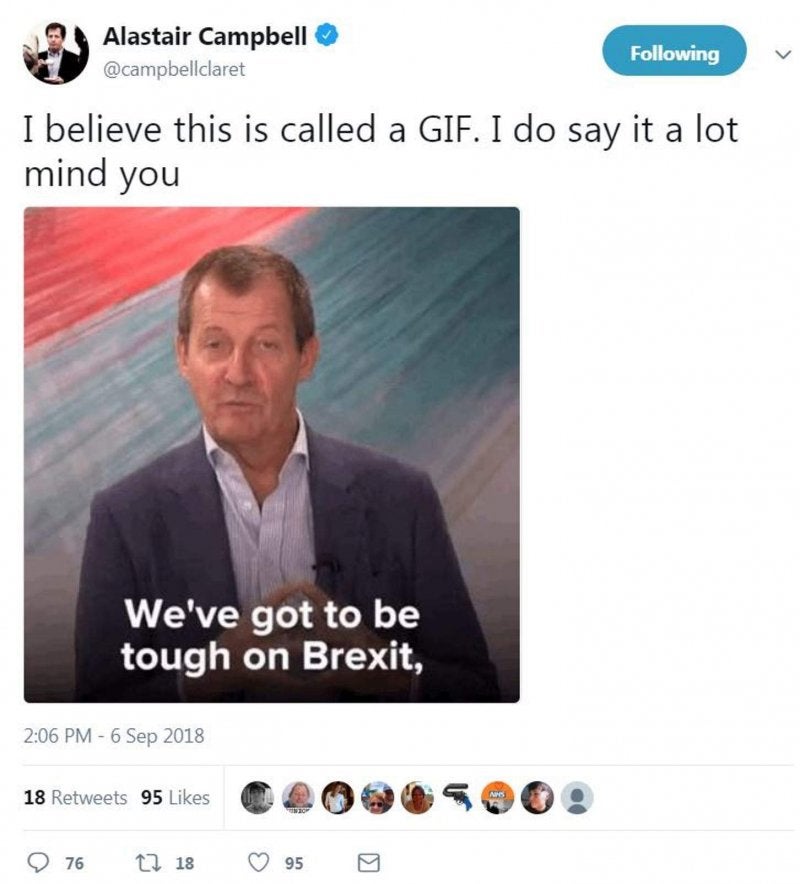 “I believe this is called a GIF,” he tweeted, complete with the full-dad caps lock. “I do say it a lot mind you.”

Cue an awkward, blurry still of Campbell subtitled “We’ve got to be tough on Brexit,” – the promise of that hopeful, suspenseful comma never delivered.