The Evening Standard has been running a series this week: “the Khan Audit”, a comprehensive look at Sadiq Khan’s record as Mayor of London thus far. London’s only paper has looked at Khan’s impact on crime, transport, the environment and housing: and the conclusion to all of them is that he has done very little of note and in many cases has made the problem worse.

In a striking coincidence, Conservative Party activists have also been handing out leaflets on Sadiq Khan’s report card at Tube stations, focusing on – you guessed it – crime, transport, the environment and housing. 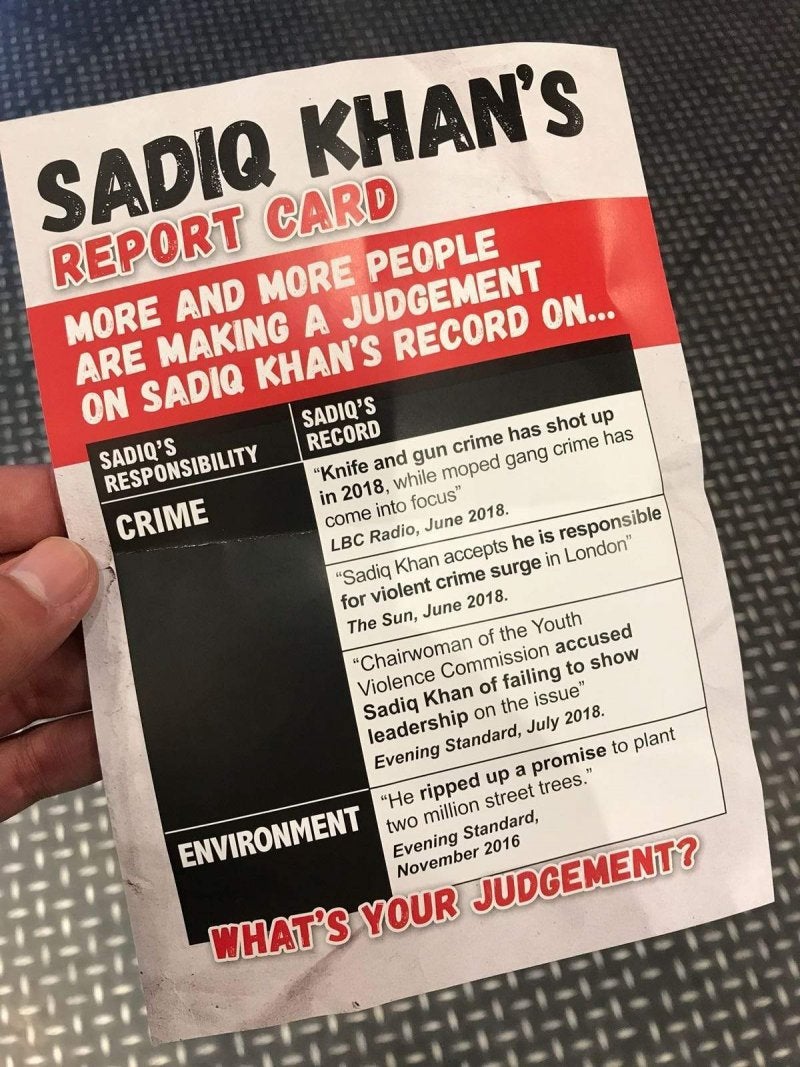 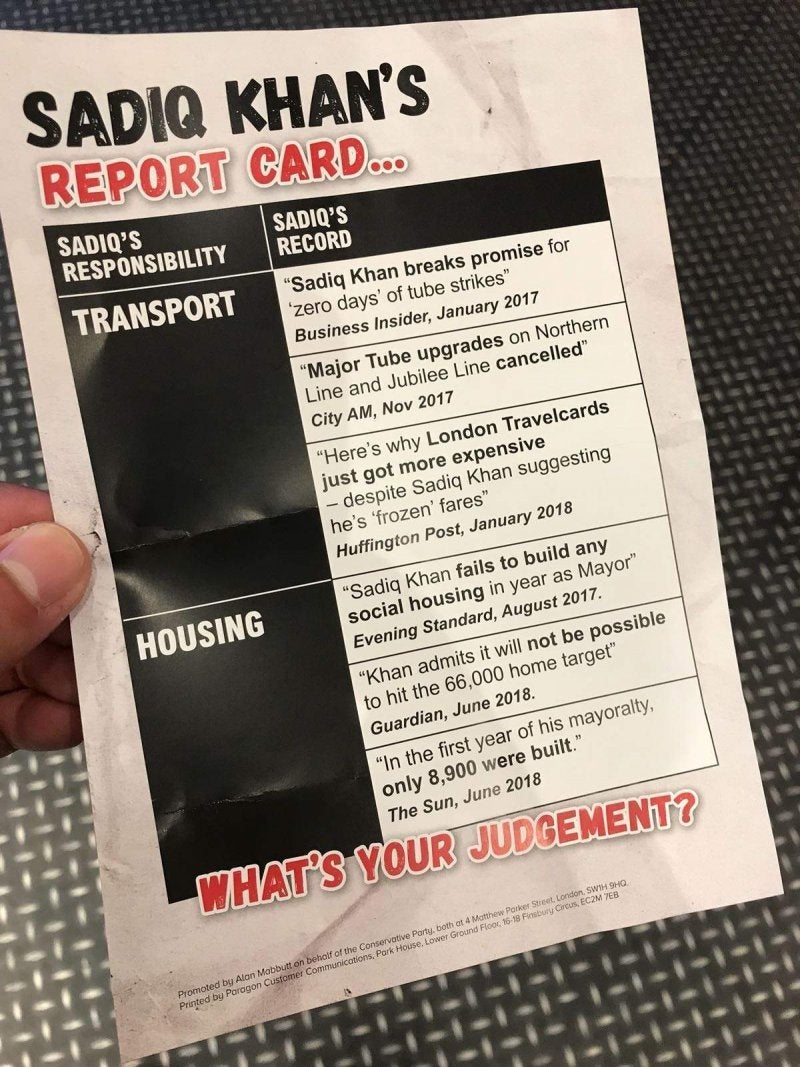 Pothole politics: a Lib Dem councillor on the party’s renaissance in Sunderland

A spokesperson for the Standard described the suggestion of a link between the two campaigns as “laughable and entirely false”, with the four policy areas selected because they are “the key areas that people who live and work in London care most about. They are the primary responsibilities of the Mayor and what he is bound to be judged on.”

The timing of both campaigns is a little eccentric: a little late for Khan’s midterm – that was in May of this year – but still some distance from the next mayoral election in May 2020. For the London Conservatives, it is a big boon that their big message – that Sadiq Khan has done very little as Mayor of London – is being handed out free to Londoners just as they are also handing out that exact same message at Tube stations throughout the capital.

Khan will seek to blame the deficiencies in his record on the cuts devolved down to City Hall – the majority of which were signed off by George Osborne, now the Standard’s editor, when he was still Chancellor of the Exchequer – and it irritates Labour that the big argument over the state of London is being adjudicated by someone who was until relatively recently an active participant in those disputes.

But even some of Khan’s longest-serving and biggest cheerleaders concede that the Mayor lacks a big-ticket item to run on, other than the Hopper fare. Small wonder that whenever you talk to a Tory strategist about the Mayoral contest they are keen to encourage publications and journalists to write up accounts of Khan’s record, as they believe that his low list of tangible achievements is his biggest weakness going into the re-election campaign.

After the Standard’s somewhat bizarre leader denouncing Khan – one of the most vocal Labour politicians on the issue of anti-semitism within the party, and the guest of honour at the Board of Deputies of British Jews’ annual dinner – for his inaction on antisemitism, several Conservatives privately complained to me that the paper was sacrificing its credibility by attacking Khan on an area where his record is unimpeachable. They felt that the paper’s fire would be better focused on Khan’s policy achievements. So the reality is that the Standard, whose coverage of Khan has been marked by hostility and indifference for most of the past year, is finally coming on board with what Tory strategists believe is the best message against Khan rather than that the two are engaging in direct collusion over timing of this campaign.

But the two concurrent campaigns speak to two of the intriguing subplots of the London mayoral campaign. The first is of course the oddity that Khan will be seeking to blame the capital’s difficulties on the choices made by the city’s only newspaper editor in his previous job.

But the second is that the Standard has clearly decided to be an active and critical participant in the 2020 mayoral race. The potential reward is high: if Khan, whose popularity among Londoners was high enough to dissuade any top tier Conservative candidates from standing against him, loses, many will credit the Standard’s coverage and Osborne will have established himself both as power player in the capital’s media and accrued no small measure of esteem within the Conservative Party.

But the risk is high too. If, as is still highly likely, Sadiq Khan cruises to victory, the paper risks looking weak and irrelevant.

Added to that, attacking Khan does raise the uncomfortable question of which Londoners the paper is for. The rest of the capital’s freesheets offer a sort of apolitical liberalism to the extent that they have politics at all. There is a sizable chunk of Londoners who dislike Sadiq Khan but they also are supportive of Brexit and have little in common with the Standard’s current political agenda. It could be that come May 2020 we are all in horrified awe of the Standard’s grip on the politics of the capital. But equally the paper risks emerging from the next election looking weak and more damningly, just a bit odd.