The Daily Mail seems to be slowly discovering that crashing out of the EU with no deal might possibly be a terrible thing for Britain.

In an article headlined “British travellers with less than six months on their passports face being TURNED AWAY at borders of EU countries from the end of March if there’s no Brexit deal”, the pro-Brexit paper appears to have realised the teeny tiny problem with an insistence on hard borders and no formal relationship with Europe… 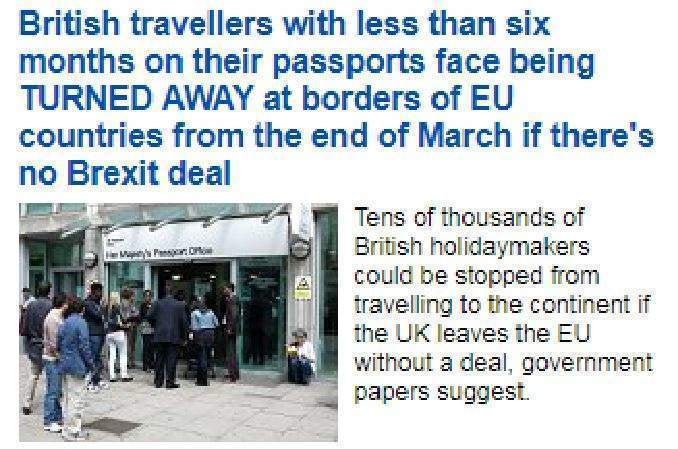 “‘No deal’ Brexit could leave UK holidaymakers treated like those outside EU”, the paper reports in horror.

WHAT? BRITISH PEOPLE WHO ARE NO LONGER EU CITIZENS BECAUSE OF, Y’KNOW, BREXIT, WILL NO LONGER BE TREATED AS EU CITIZENS, YOU SAY?