A bloodstained bandage and grey smock are heaped outside the door of Dressing Room 10 at London’s Theatre Royal Haymarket. Tucked between two warren-like floors, this room is famed in theatreland for its size and grandeur. A sofa-lined anteroom leads to the high-ceilinged dressing room, which has two beds against opposite walls, on a thick scarlet carpet that clashes with the red relief wallpaper.

Romola Garai sits on a blue, gold-lined chair (with a golden crown embroidered on its back) at a dressing table. “Dressing Room 10 is famous – John Gielgud lived here in the war,” she says. “You could fit all the dressing rooms in the Royal Court in here!”

In under three hours, she will be on stage playing Sarah Churchill, the monarch’s scheming companion in Queen Anne, which has been running since the end of June. It’s a play about women in power and female friendship – unusual in that its three leads are women. And the camaraderie is clear backstage; Garai shares this room with her co-star Emma Cunniffe, who plays Queen Anne. 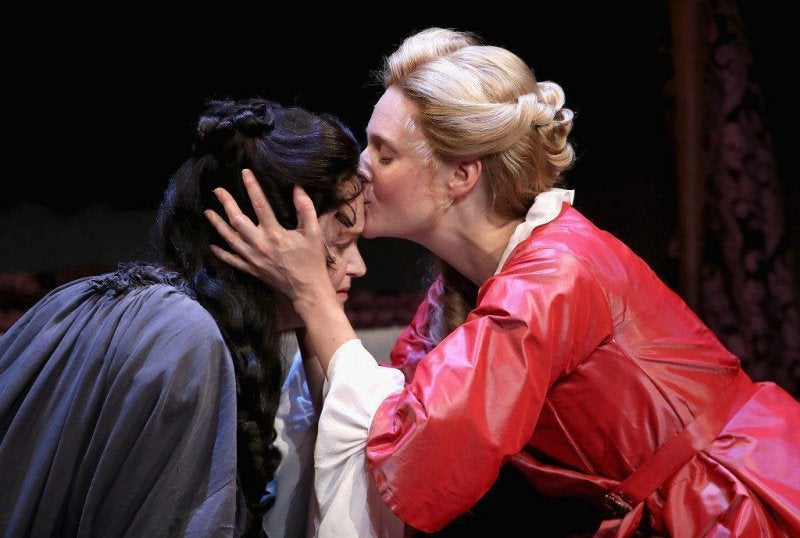 Make-up wipes, tubes of Berocca, deodorant cans, cards, children’s drawings and a The Pursuit of Love Penguin Classics mug litter the dressing tables, whose mirrors are framed with lightbulbs.

“I just spend half an hour chatting, gossiping – I mean, doing very intense character work,” Garai laughs, when telling me what she’d usually be doing at this point before the performance. “It’s quite a long show – so do we have a cup of tea now or in the interval? That’s always a very big decision.”

The actor’s work here over the past few months is a world away from the dry committee corridors of the European Parliament, but she’s currently also focusing on whether the Union Resettlement Framework will pass – legislation being debated by MEPs to offer refugees a safe route and settlement in Europe.

It’s part of the International Rescue Committee’s Together for Refugees campaign, which is partnered with Ben & Jerry’s (who have even made an ice cream backing the legislation: “Home Sweet Honeycomb”) and backed by Garai.

“My family were immigrants to this country; originally, my dad’s family were Hungarian Jews so they came here before the war; he emigrated here in 1928,” she tells me. “When you’ve had people in your family die in concentration camps, it makes you feel very strongly about people’s attitude to marginalised groups.”

Wearing her blonde hair in a tight bun, Garai is waiting for her wig fitting in half an hour, and she will soon swap her floaty floral blouse, green flannel skirt and Chelsea boots for a stuffy Stuart costume dress. Time enough, though, to express how disappointed she is in the UK’s response to the refugee crisis.

“I don’t think of it as a tolerant country at the moment,” says Garai, who was born to British parents in Hong Kong who returned to Wiltshire when she was eight. “I think most people in this country would be proud to be considered intolerant. There doesn’t seem to be any shame about that, which I find very strange, because that’s something I was always brought up to [believe is] something you should be ashamed of.” 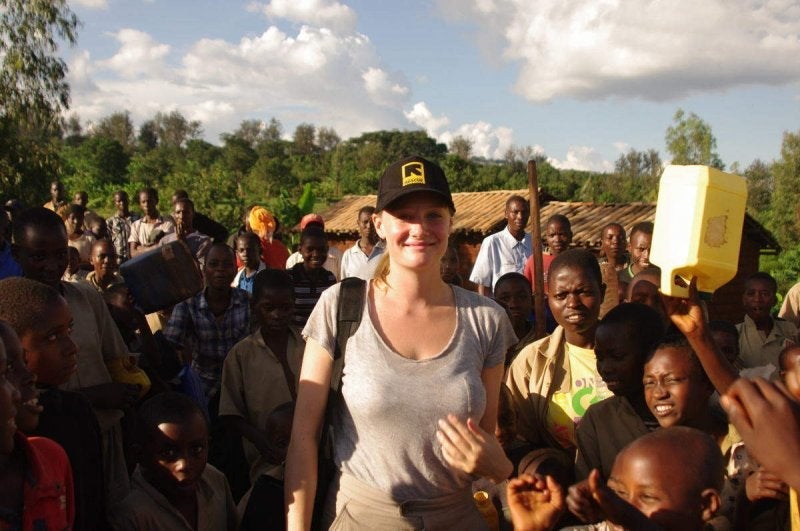 Garai’s breakthrough was as the 17-year-old Cassandra Mortmain in the bohemian coming-of-age classic I Capture the Castle of 2003, when she was 21. This gave her an “English rose” reputation (she went on to be in Atonement and Emma) – something she has shed in edgier roles since (her most recent role was as the mother of a disturbed teenage boy in gritty TV psychodrama Born to Kill). Her affinity with England – or its politics – is now strained, to say the least.

“There’s been a sea change in the way that I view the country,” she says. “Part of the reason that the legislation [the Union Resettlement Framework] is important is because it’s about spreading the burden of this catastrophe across Europe… [Currently] countries such as Britain, who don’t feel a moral imperative, can get out of it.”

Garai partly blames “the financial interests of a group of media moguls and Tory party donors” for convincing people that the country’s economic woes are “the fault of outsiders”, but also chastises the generation above hers (she is 35) for its complacent attitude.

“What I find very challenging about the kind of present climate that we live in is that there seems to be this kind of disconnect with the large kind of baby boomer generation, to these very sort of extreme situations of real need. Particularly in our national media,” she adds.

Garai visited Iraqi refugees in Syria ten years ago, and has been making trips on the refugee trail, including Lesbos and Burundi, ever since. But it’s not her only form of activism. She campaigns with Parents in the Performing Arts against discriminatory working practices towards parents in her industry, where it’s normal to work a six-day week. 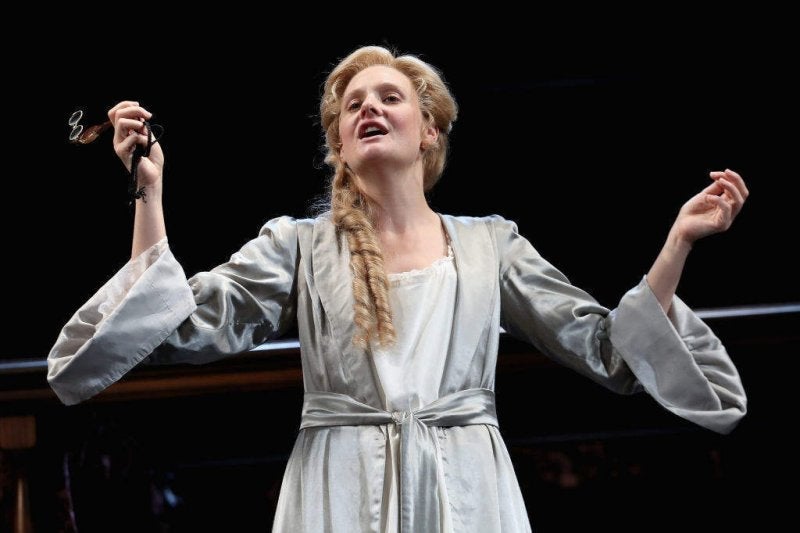 “That’s the way it’s always been done – I think it’s clearly wrong,” she tells me. Garai herself has two young children, and though she keeps her family out of the spotlight, she did memorably tell a joke about the 23 stitches in her vagina after her first labour to the Bafta audience in 2013.

Garai calls acting “a deeply misogynistic industry”, and says, “women are co-opted into the industry for a very particular reason, and that is to ensure that women continue to hate themselves, and spend lots of time thinking about what we look like so we don’t, you know, try and overthrow the world.”

Although she finds sexism doesn’t affect her career at this point, she’s had run-ins with directors and producers over misogyny in their work. Recently, a scene she was in had been rewritten with her character saying a line that minimised domestic violence. “I went to the producers; the argument they came back with was that domestic violence was ‘a downer’,” she grimaces, translating their attitude into: “We really didn’t want to make too much of a thing in the show when murdering women is much more interesting!”

Unsurprisingly then, Garai is cherishing her role in Queen Anne, a play about women that’s “not just the preserve of the domestic; it’s putting a friendship into the realms of colleagues”, she says. “What happens a lot now is that you have female-led stories, because producers are like ‘women are hot, we want women, we’re doing women, let’s get a woman in!’ But the pieces themselves aren’t necessarily outside of the domestic.”

Romola Garai has been an ongoing supporter of the International Rescue Committee (IRC) for many years, and is supporting the Together For Refugees campaign led by the IRC and ice cream activists Ben & Jerry’s, calling on people to support a historic piece of legislation which would help some of the most vulnerable refugees rebuild their lives in safety. For more information and to take action now visit www.benjerry.com/refugees