Northern Ireland is Britain’s forgotten kingdom, or it can seem that way as far as Westminster is concerned. Even the collapse last month of the devolved administration at Stormont barely registered in London.

At the heart of that affair was the Democratic Unionist Party (DUP) – Northern Ireland’s largest party not only at Stormont but also at Westminster. The cause of the collapse? As so often in Northern Ireland, it depends on your perspective. For opponents of the DUP, the issue in question was the Renewable Heat Incentive (RHI), a programme intended to encourage businesses and other non-domestic users to switch to environmentally friendly sources of energy.

Unlike its sister scheme in Britain, the RHI had no upper limit on how much could be claimed back by businesses, nor was there a requirement that the money should go only to replacing old sources of heating. One business allegedly went so far as to instal boilers in a previously unheated warehouse in order to cash in.

Arlene Foster, the DUP’s leader and First Minister, was at Northern Ireland’s department of enterprise when the RHI was launched and initially resisted an inquiry into the scheme. It was this intransigence that led Sinn Fein, which is in coalition with the DUP at Stormont, to step down from the executive, triggering elections. 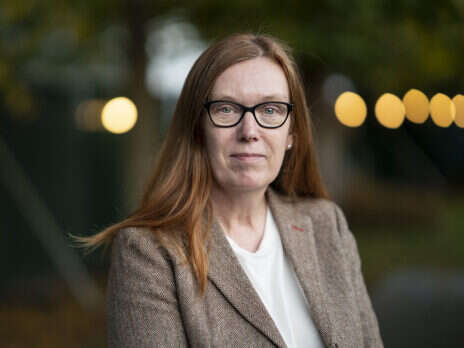 The other version of events is that Sinn Fein brought power-sharing to an abrupt end in order to capitalise on dissatisfaction with the DUP over its support for Brexit, which was rejected by 56 per cent of voters in Northern Ireland. That the RHI furore has allowed Sinn Fein to transfer leadership of the party from Martin McGuinness, who is seriously ill, to Michelle O’Neill, the young health minister, is just a bonus, it might be said.

The outcome of the elections, and the question of who holds the job of first minister, hinges on which version of events voters find more plausible. Yet whether a fresh poll can solve Stormont’s problems is far from clear, not least because the UK government’s hard-won status as a neutral arbiter in Northern Irish disputes is in doubt.

When Theresa May came to power, she knew that despite her poll lead and friendly relations with the press, she had a problem: a working Conservative majority of just 16. A mere eight Conservatives had to switch sides and her party could be defeated.

Her contingency plan was the DUP and its eight MPs at Westminster. Her choice of secretary of state for Northern Ireland was an early and important step. David Cameron used the brief as a dumping ground for ministers he did not admire but could not dispense with. May appointed James Brokenshire, one of her junior ministers at the Home Office, and the closest thing she has to a protégé.

May is also more closely attuned to the DUP – founded in 1971 as an initiative of Ulster Protestant churches and the Protestant Unionist Party – than her predecessor. Its leaders found May, a practising Christian, more congenial than Cameron, who once likened his relationship with God to Magic 105.4 FM reception in the Chilterns. (“It comes and goes,” he said.)

The wooing continued at the Conservative party conference, to which both Arlene Foster and Nigel Dodds, the party’s deputy and leader at Westminster, were invited. Foster and Dodds met May on the morning of 4 October and, that afternoon, May’s much-wanted prize was secured: a statement by Foster praising the Prime Minister’s “characteristically practical and responsible manner”. She said she looked forward to a fruitful relationship between the two parties.

The value of that accord to May was demonstrated as the Brexit bill passed through the Commons. Labour and the other opposition parties hoped to amend it so to apply a measure of parliamentary control to the Brexit negotiations. But time and time again, any attempt to amend the bill foundered on the rock of the Conservative-DUP alliance in the Commons. Enough Conservatives switched sides or went missing to put the vote on a knife-edge – but, thanks to the DUP, the government’s position was never in doubt.

For the DUP, the alliance works well. Brexit is secure, and a warmer relationship between the Westminster and Stormont governments provides proof of their argument that the Union works. For May, however, her strengthened position in the Commons comes at a high price: she can no longer claim to be an honest broker in Northern Ireland.

Because the main men in Labour’s leadership office were vocal sympathisers of not only Sinn Fein but also the IRA in the 1980s, Jeremy Corbyn’s party has no credibility on the matter, either.

Should the Northern Ireland elections in March trigger not a resumption of power-sharing but a further degradation of the peace process, the political costs to Downing Street may outweigh the harm done by a few close votes in the House of Commons.

This article appears in the 15 Feb 2017 issue of the New Statesman, The New Times